Minister McConalogue, with Carbery chief executive Jason Hawkins and John McNamara of Teagasc taking a close look at the multi species swards planted at Shinagh as part of the Farm Zero C project. Dr Deane has lauded Carbery for leading the way with their research.

WEST Cork farmers have an opportunity to use their slurry and silage to create renewable gas which would be used to power heavy transport, including milk trucks.

His research has been critical in advising all stakeholders, including the Irish government, on the medium and long-term options for decarbonising the Irish energy system and just last month he won the 2021 Irish Wind Industry Champion of Renewables award.

Clonakilty-based Dr Deane pointed out that Ireland is one of the most fossil fuel-dependent countries in Europe.

And in light of spiralling energy prices, more focus needs to be placed on playing to our strengths.

‘And what we have is a very active weather system to grow energy crops such as grass here,’ he said.

‘Farmers should give serious thought to organising themselves into groups of around 10/20 to set up a system which would see them supplying their slurry and silage to a biodigester to power heavy transport.

‘The technology already exists, so we’re not talking about anything breakthrough. It’s been widely used in Germany, Austria, Denmark for around 30 years.’

By coming together in a group of around 10/20 farmers, he said you reduce the initial costs, and reduce risk.

‘And if they are neighbouring farmers then you won’t have to transport the slurry or silage long distances, either. Such a project hasn’t been attractive until now as, he said, the cost of fossil fuels as always been so low, and the cost of renewables has been unattractive.

‘But that’s flipped now. It makes good environmental and good economic sense to get involved in something like this.

‘I’m confident that in the next few years we are going to see this idea take off here,’ he said.

He praised the research work being undertaken currently by the Carbery Group at the Farm Zero project.

‘Things are looking positive in West Cork,’ he noted.

‘We only have to look at Carbery and the co-op movement here to see there’s an understanding of low carbon – and clean agriculture,’ Dr Deane added.

In many ways, we’re doing a lot of things right, but we’re just not doing them fast enough he feels.

‘Our pace of change is at odds with the urgency,’ he said.

In particular he feels farmers must be supported more at government level to diversify, especially in things like forestry.

‘The answers will come from the farming community but the government must put forward the options,’ he concluded.

FARMERS should be paid to provide renewable energy to the national grid, a FG TD David Stanton has said.

‘The Targeted Agricultural Modernisation Scheme (TAMS) benefits farmers with financial support for solar panels and other renewable technology on farms, including grant aid of up to 60% for young farmers.

‘However, we must look at the possibility of altering the scheme to allow farmers feed excess energy into the national grid and be reimbursed for it. Not only would this increase the country’s supply of renewable energy, but farmers would also be able to tap into an extra income stream by receiving payment for energy they generate.

‘According to Minister Charlie McConalogue, under current EU regulations, where a farmer is using CAP funding through TAMS, any energy generated has to be for their own use on the farm and not for generating electricity for payment. The scheme therefore remains limited as it benefits farmers who use the electricity generated and so is currently mainly used by those who have higher energy needs.

“Since its launch, 126 applications for solar investments have been received under the scheme. By exploring further opportunities within the scheme, I think we can encourage a far higher number of applicants.’ 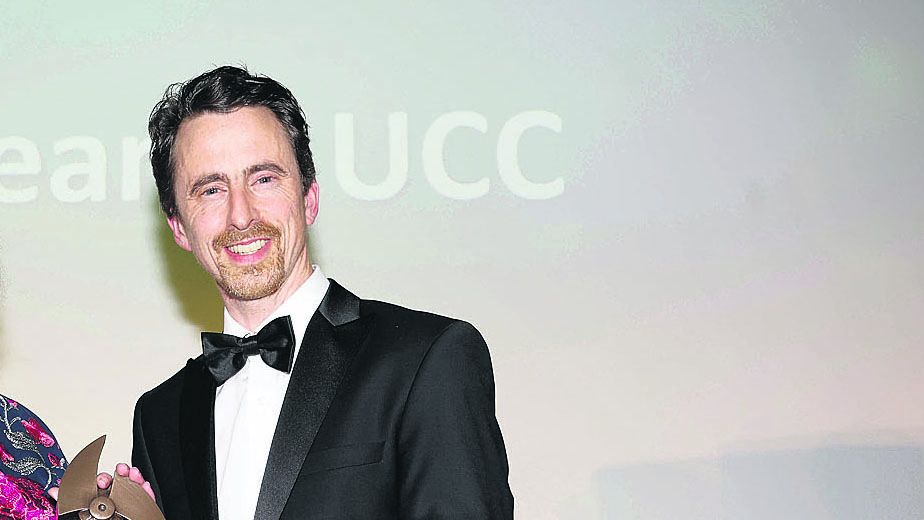 Dr Paul Deane said what was needed is ‘government policy to fix a price for the network.’

‘Farmers need to know they’ll be given a fair price if they make the investment. And that’s being thrashed out at the moment at government level.’

Deputy Stanton added that given the war in Ukraine, ‘we are facing a volatile energy situation and we need as many incentives as possible to encourage further development in this area.’

‘While Minister McConalogue agreed that it makes sense to reward and incentivise farmers to feed into the grid and further develop the potential of their farms to contribute to energy supply, there remains a challenge with how this would be incorporated under the current terms of the TAMS.

‘Expanding the TAMS would financially reward farmers and would also benefit wider society by increasing the production of renewable energy and helping to secure our energy supply – a win-win situation for all,’ concluded Deputy Stanton.