Dave at the recent presentation of his a Teagasc Student of the Year award. (Photo: John Ohle)

A YOUNG man from Ballinadee, who left school when he was 16 due to his dyslexia struggles, has won the  2021 Teagasc/FBD Student of the Year.

Dave Moloney said he’s completely overwhelmed by the win which, he says, shows that if you find something you’re passionate about, nothing will stop you.

The 34-year-old runs a drystock farm in Kilaneetig, Ballinadee. He left school after doing his Junior Cert in St Brogan’s, Bandon and worked for an agricultural contractor for a few years, followed by a stint driving lorries.

Five years ago he started working on his family’s third generation farm with parents Timothy and Nelly. But in order to take it over, which was his ambition, he had to complete his green cert, a prospect which terrified him.

‘I had been putting it off for a long time. School just wasn’t for me. I found it very difficult because of my dyslexia and having to go back and do exams was something I’d been dreading,’ said Dave.

He enrolled in the Level 6 specific purpose certificate in farming, part-time in Macroom, in 2019, where initially he covered up his dyslexia.

‘But after my first exam I just came straight out and said it and the support I got was just brilliant,’ he said.

‘I had no problem with any of the practical or mechanical tasks, but I just needed a bit of extra time when it came to putting pen to paper,’ he said.

He gives a lot of credit to his head tutor Pat Flannery and other lecturers.

‘My goal was just to get the green cert, but I ended up with so much more,’ he said, adding that his attitude to education has been completely revised. Dave Moloney on the farm with his parents Nellie and Timothy.

‘Since the green cert I’ve also done a livestock haulier’s course, because I’m a haulier for ABP in Bandon. That’s something I’d never even have considered before,’ said Dave.

His farming operation comprises around 150 animals (dry cows, calves and store cattle) at any one time, and he’s currently in the middle of infrastructural work including building a new slatted house and a new silage slab.

‘My parents took over the farm 22 years ago. I’m very aware that I’m just a custodian of things and I want to leave my mark and improve things. I’m focussed on driving the business forward and making improvements,’ said Dave who is engaged to funeral director Rosemary Gabriel from Bandon.

As well as taking the overall title, Dave also won the drystock category.

‘It’s unbelievable really. Dyslexia was something I’d always tried to hide, but winning this shows you can get on and achieve things if you put your mind to it. There’s ways around everything,’ he said.

The awards were presented by Minister Charlie McConalogue who said that having young, dynamic, enthused and, most importantly, educated farmers is critical for Irish agriculture to continue to grow and to prosper. ‘This is a dynamic and exciting sector and it is a vital part of our balanced economy and these farmers will lead us through the next generation of sustainable growth.’

Liam Herlihy, chairman of Teagasc, added: ‘The students recognised through these awards will be the leaders in Irish agriculture in the future. I wish them well in their careers.’

What they found… FINALIST BRENNUS MEETS THE CHALLENGE OF ISLAND

BRENNUS Voarino who farms on Cape Clear was a finalist in the Teagasc/FBD Student of the Year competition.

Brennus enrolled in the Level 6 specific purpose certificate in farming at Clonakilty College in Darrara.

A finalist in last year’s Southern Star Farming Awards, in the dry stock category, he farms a beef suckler herd of pedigree Scottish Belted Galloways and a Lleyn sheep flock on a 110-acre hill farm on the island.

Originally from France, and a geology graduate, he sells his pedigree heifers to other farmers for breeding and says there’s big demand for his animals due to their strong genetics.

He previously told The Southern Star that his philosophy on beef farming is to have minimal input in an extensive farm system. ‘I want everything to be as natural as possible, our cows only eat grass, we never need to worm them and they almost never need the vet.’

Farming on Cape Clear can bring some challenges, but he says there’s a great spirit of co-operation among the island’s farmers.

‘I wouldn’t want to farm in any other place. You have to be a Jack of all trades for sure, though, and at different times be the vet or the mechanic. It takes a lot more planning, too, you can’t just drive to the co-op and everything has to go on the ferry, including livestock.’ 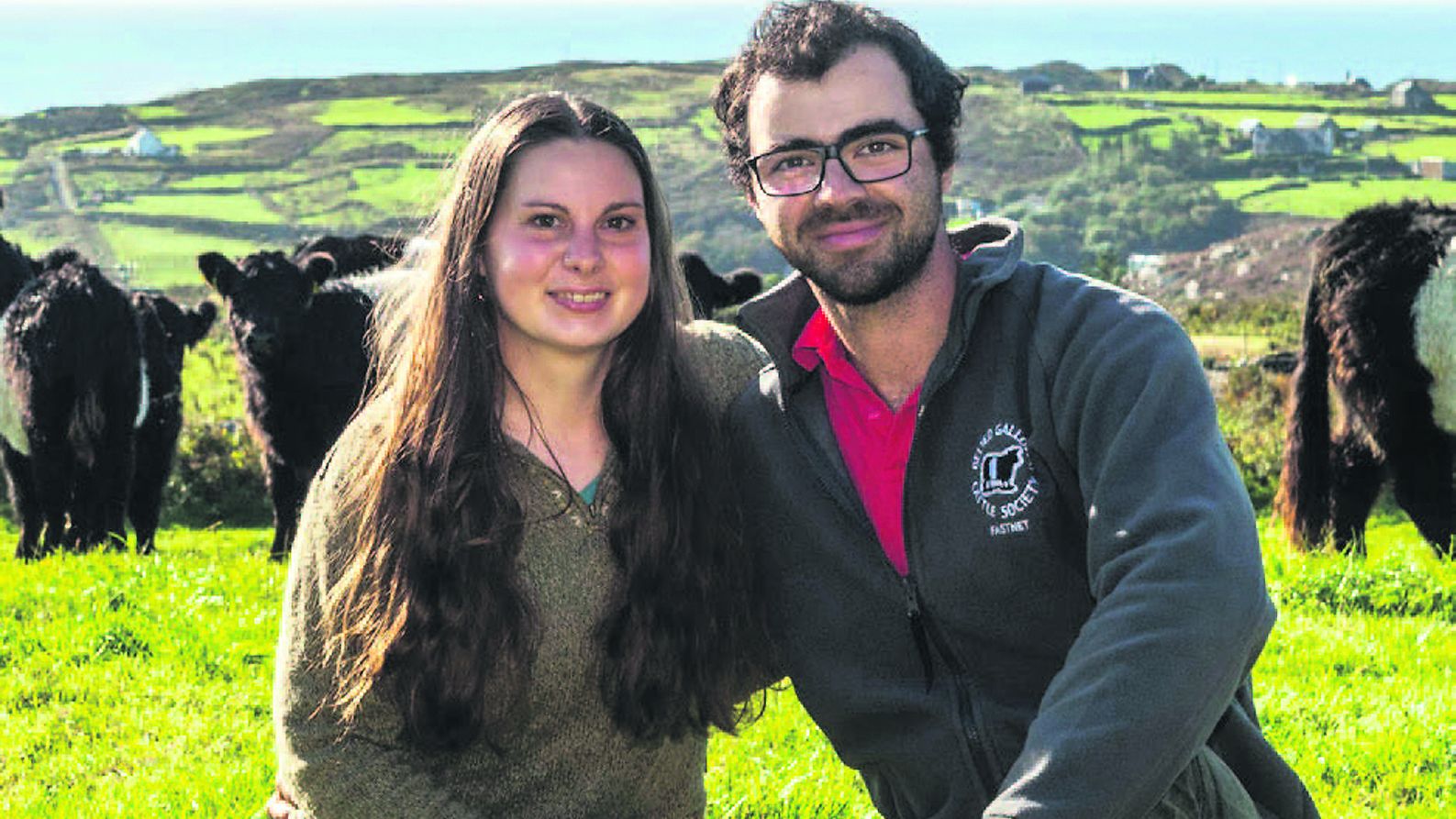