AN 800-year-old castle in Baltimore has become an intimate wedding venue.
The building, which was once a stronghold for an entire O’Driscoll clan, is not only an atmospheric venue for all kinds of gatherings, it is also a family home, and a popular tourism attraction.

When the castle fell into ruin in the last 17th century, it seemed as if its glory days were over, but a vision shared by Patrick and Bernie McCarthy led to the creation of something remarkable.

The couple bought the castle in 1997, and over an eight-year period, restored the 13th century Norman Hall House to create a beautiful family home.

It was a perfect partnership because Patrick was very much hands-on in terms of construction, while Bernie did exhaustive historical research and wrote two books on the subject.

Since the castle was restored in 2005, the couple succumbed to public interest and began welcoming visitors who were keen to walk in the footsteps of Norman invaders and Irish clan chieftains. 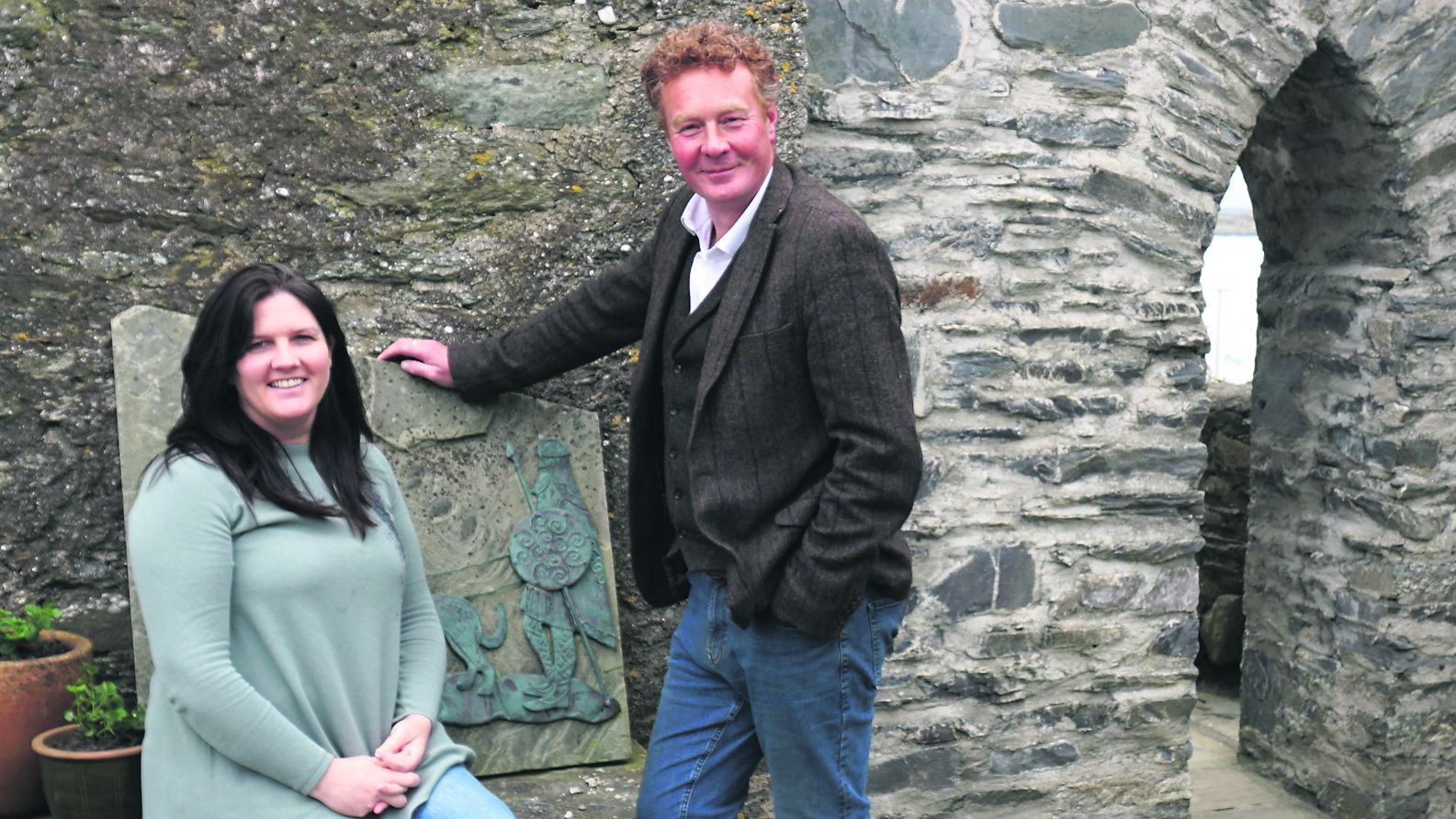 Donna and Paul O'Driscoll have organised heritage walks in the village of Baltimore.

The project was a challenging and compelling one, because it had been nearly 400 years since an O’Driscoll clan occupied the castle.

Although originally from Yorkshire, Donna’s husband, Paul, is no stranger to Baltimore, having first visited nearly 20 years ago.

He came in search of his Irish roots and found them in nearby Drimoleague, and, in 2015, Paul had the honour of being appointed chieftain of the O’Driscoll Clan. It was as a response to the level of interest in the castle and local heritage, that Paul and Donna also launched their Heritage Walking Tours of Baltimore.

Starting at the castle, visitors are taken on a guided tour around Baltimore village, where they learn of the maritime adventures of the O’Driscoll clan and Algerian pirates.

The tour guides also invoke life in nineteenth century Baltimore, and describes how the fishing industry helped to shape the development of the village.

‘The castle is unique in that it is one of only a few 13th century buildings in Ireland used as a private residence,’ Donna told The Southern Star.

‘But the appeal for visitors is that they get to imagine what it must have been like to live in medieval times.’

Donna and Paul are hoping that the Covid-19 guidelines will allow them to host socially distanced visits to the castle this summer, as well as wedding ceremonies and private functions.

With its two medieval open fireplaces, commanding oak-beamed roof, and period furniture in the great hall, the venue certainly creates the perfect atmosphere for all kinds of ceremonies.