THE evenings are slowly getting brighter and Santy’s having a well-deserved break in Tenerife, so it’s time for the rest of us to kick off the shackles of 2021 and launch ourselves into the new year with gusto.

The hippy tea is out, the meditation apps are primed, Karen Austin’s Food For Today cookbook from the Lettercollum kitchen is at the ready and we’re in full-on health buzz mode here on Dublin’s northside. How can it possibly fail?

By March, I’ll have dropped a stone, gained a mortgage-free house in Clon on #WinAGaff and, all going well, I’ll have found nirvana too.

I’ve found myself back on the bicycle too (lycra free, of course, I’m not a monster) panting, sweating and cursing my way along the Eastern seaboard with a grimace like Leonardo Di Caprio in The Revenant, my noble attempt to undo some of the Christmas carnage.

One of the great things about living in a city is the relative anonymity of it all and I have to say, I’m glad nobody who saw me knew me during these first few spins. Dignity was lost.

The New Year has taken on a brighter complexion, though, especially since we got the text announcing my six-year old’s vaccine appointment last week. So, it was off to the glamourous environs of downtown Swords to get him jabbed on Sunday morning.

And the timing feels very good. With Omicron cases skyrocketing, many parents are feeling understandable trepidation regarding the new school term.

But anyone with young kids will tell you that routines and behaviour tend to, shall we say, ‘trend downward’ towards the tail end of any school holiday.

Let’s face it, if there was ebola in the schools, most of us would be sending them back.

So, fair play to all the teachers who are soldiering on, in difficult conditions. Having gone to school in West Cork in the 80s, it’s fair to say I’m on the ‘a bit of cold won’t hurt them’ side of the argument but things are very challenging out there at the moment. A few kind words at the school gates won’t go astray.

In the end, with the young fella’s inoculation complete, we dropped into a certain toy superstore on the way home for a treat, and we were surprised to find the place was absolutely jointed.

How on earth is this place full of kids getting toys in January, we thought to ourselves? Did the Celtic Tiger come back and nobody told us?

Then the penny dropped. It turns out we weren’t the only parents who promised their kids a treat after getting their Covid jab.

Clear communication and empathy are all well and good when preparing your child for an injection, but it’s nice to see good, old-fashioned parental bribery is still alive and well. 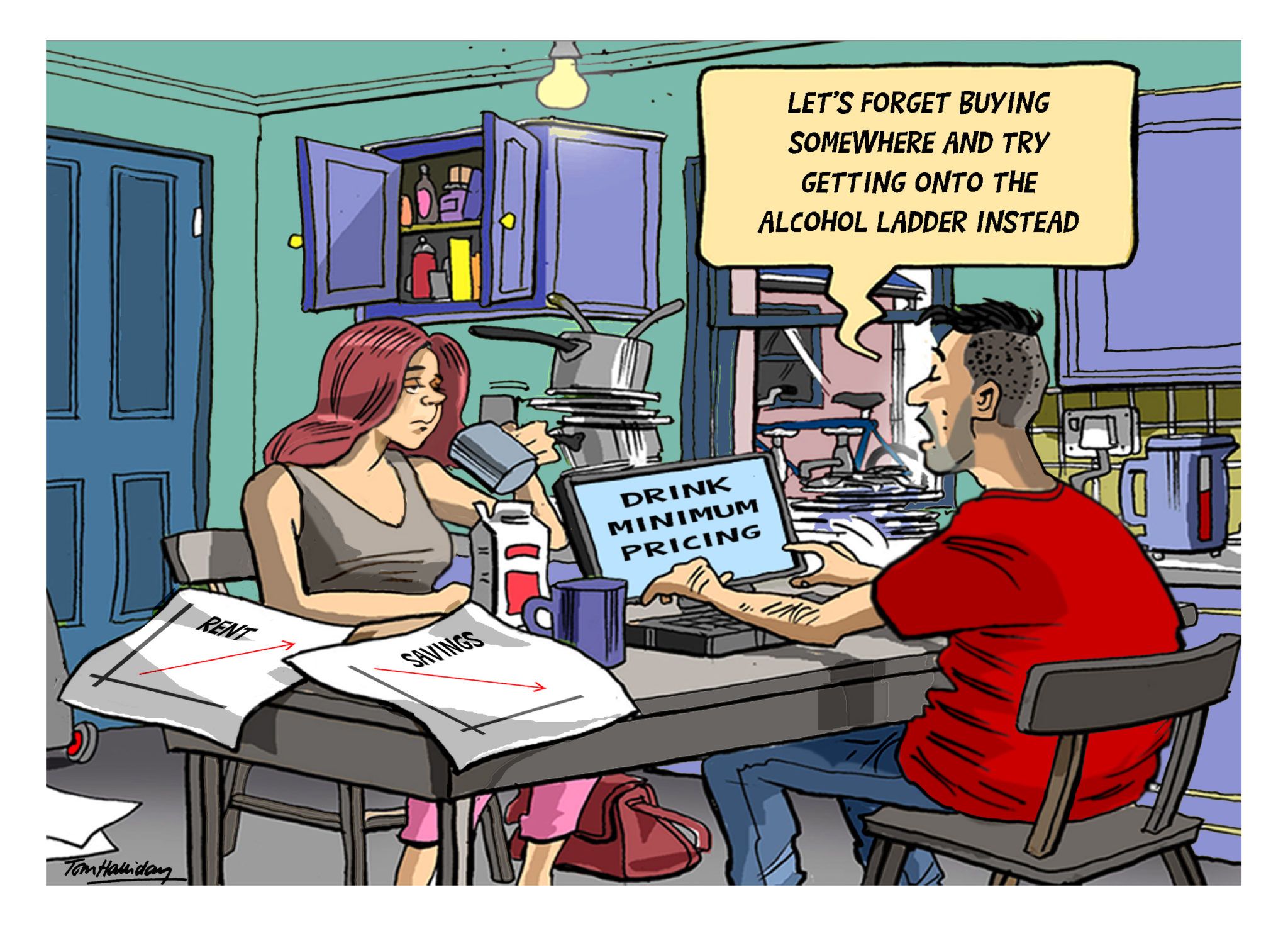 House about this idea?

IT was a cute move to introduce the minimum pricing on alcohol right at the start of January, wasn’t it?

With all of us allergic to the very idea of a drink?

It’s funny how the government can step in and do this in relation to alcohol but can’t do it in other areas.

It got me thinking, if we can set a minimum price for booze then surely we can have a maximum rent on apartments and homes?

If alcohol is being decried as a vice to be controlled so the public can be saved from themselves, then surely we can intervene in our dysfunctional property market so it can be geared in favour of those at the bottom rung of the ladder?

Sure, alcohol has catastrophic effects on physical and mental health.

But, really, does any other single issue cause more anxiety and mental stress amongst our younger generations than the difficulty in securing a home?

FINDING accommodation was one of the least of Novak Djokovic’s problems this week, as the world number one tennis champ found himself stuck in a Melbourne hotel waiting for his fate to be decided.

A known vaccine-sceptic, Djokovic had received an exemption from Covid vaccination rules by the State government and Tennis Australia but the whole thing turned into a bit of a political tie-breaker when federal border officials stepped in and cancelled his visa. It wasn’t long before every smartarse on Twitter, including me, was donning him ‘Novax Omicronovic’ and the whole thing ballooned into one of the more bizarre moments of Covid-era international relations.

And things kept getting stranger.

‘They are stomping all over Novak to stomp all over Serbia and the Serbian people,’ declared his father. Serbian president Alexander Vucic called it ‘political persecution’ and you were wondering if a missile strike on the Sydney Opera House was on the cards.

Was this some sort of Franz Ferdinand moment that might eventually lead to World War III? To everybody’s relief, World War III didn’t happen and Novax was cleared to play – or was he?

Well for now at least, we can all return to the real distractions of the new year – Dancing With The Stars and Operation Transformation. Let’s see what daftness this week throws up.