Ballinascarthy's Daniel Nyhan is tackled by Gabriel Rangers' Liam Hegarty during the Rowa/Rowex Pharma JAFC round one game at Castlehaven on Saturday evening. 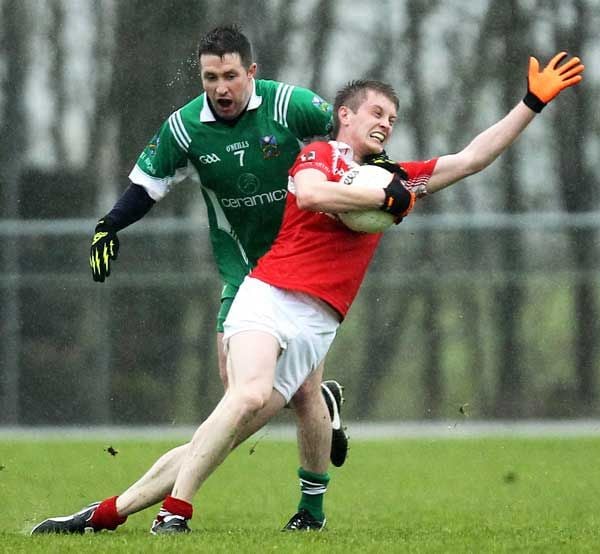 Ballinascarthy's Daniel Nyhan is tackled by Gabriel Rangers' Liam Hegarty during the Rowa/Rowex Pharma JAFC round one game at Castlehaven on Saturday evening.

2014 defeated South West JAFC finalists Gabriel Rangers got this year’s campaign off to a winning start when they defeated Ballinascarthy 2-8 to 0-6 in Castlehaven on Saturday night.

Meanwhile, Mark Crowley (2-2), Jack Cahalane (0-5, 4f) and Ciarán Hurley (0-3) were Barryroe’s top scorers in their round one win, 2-12 to 0-7, against Bantry Blues on Saturday night. Bantry will face either Castlehaven or St Mary’s in round two.

Elsewhere, St James got the better of St Oliver Plunkett’s, 2-9 to 0-8, in Clonakilty on Sunday afternoon. Goals in each half from Kevin O’Brien and a Mark Evans penalty were enough to give St James the win. Plunkett’s now meet the loser of the Muintir Bhaire v O’Donovan Rossa game in the second round.

In the final round one South West JAFC game, played on Monday, Ilen Rovers got the better of Mathúnas, winning 0-10 to 0-5.