SKIBBEREEN RFC is catering for increasing numbers of girls’ rugby players at the minis, U12, U14 and U16 age-grades. Husband and wife coaching duo, Joanna and Sean Coppinger are behind the push to develop the club’s next generation of stars.

‘My husband Sean and I set up and have coached the Skibbereen U12 girls’ team over the last three years,’ Joanna explains.

‘The numbers signing up are unbelievable, they are coming from everywhere. Skibbereen RFC is now welcoming young girls who have no prior involvement with our club or anyone within their family previously being involved in rugby.

‘As coaches, to witness the girls’ enthusiasm is fantastic. There could be rain, hail, sleet or snow but they always show up for training and leave with a smile on their faces. That is what it is all about. I think what’s happened here in Skibbereen over the past number of years is staggering. Initially, one or two girls signed up, enjoyed the training and told all their friends about it. Since then, our numbers at U12, U14 and U16 have continued to grow.

‘Another reason for the surge is the fact the atmosphere we have here is lot more relaxed compared to other sports. U12 girls’ rugby is non-competitive. There is no league or focus on winning games. Certainly, the girls keep score themselves but Skibbereen rugby is all about having fun and enjoying the blitzes that we participate in.’

Impressively, Skibbereen has managed to retain their playing numbers between the 12 and 16-years-old age bracket. Add in new coaches signing up to help and the West Cork club has every right to be optimistic about their future.

‘The biggest factor for me when it comes playing rugby, boys or girls, is that anyone can play,’ Coppinger says.

‘You don’t have to be athletic or fast as there is a space on the rugby pitch for every type of person. There is a role for everyone.

‘We started the U12s two years ago and we are at about 30 players for every age group now. That means you always have enough numbers for a decent training session, even if one or two can’t go.

‘Having someone like Aoife Breen involved with our U16s is terrific and we have persuaded some of the parents to take over the U14s which is great. The club is flying and the girls are enjoying themselves.’

The women’s section of Skibbereen RFC got up and running in October 2016 when the club’s U15 women’s team was formed and it has grown since then, to the stage where in February 2020 Skibbereen played their first competitive game when they beat Bantry Bay RFC in the Munster Women’s Development League. At the time, Sana Govender, who works as a Women’s Participation Officer with Munster Rugby, told the Star: ‘If you want to talk about natural progression and a sustainable model for clubs, you have it right there. It was built from the base, from the ground up, and we didn’t take too many big steps too quickly.’

The good news is the Skibbereen women’s rugby continues to grow. 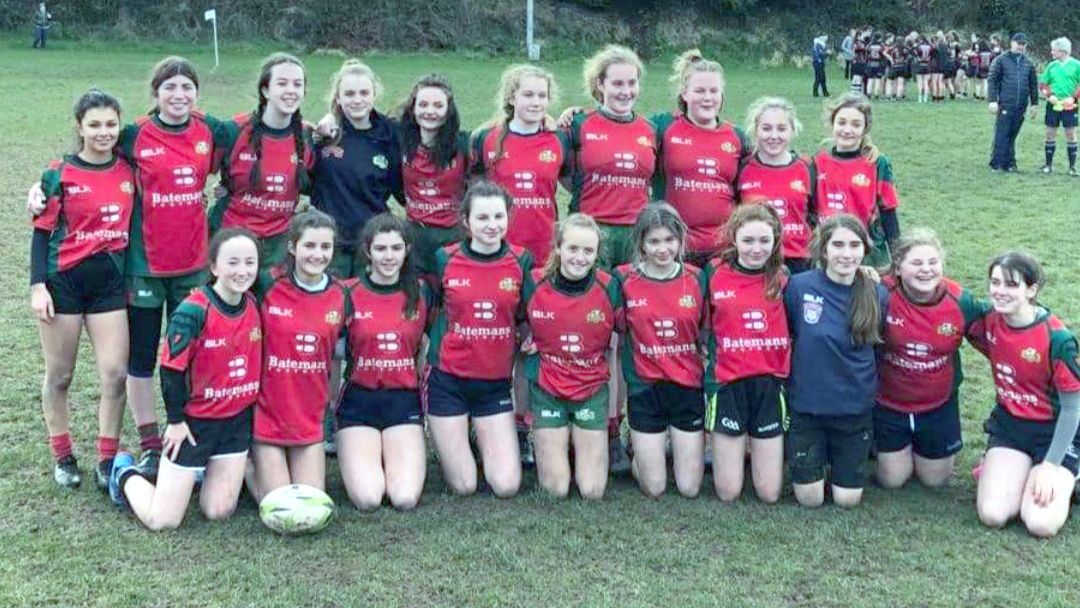 Clonakilty Rugby Club's U16 girls' team are worth keeping an eye on.

Vicky McCabe has witnessed a similar transformation. Head of Girls’ Rugby at Clonakilty RFC, McCabe helped kickstart a new section of the club back in 2016.

‘There is a strong history of women’s rugby in Clonakilty but maybe not when it comes to minis or young girls’ rugby,’ McCabe explains.

‘Five years ago, my daughter Charlotte started playing rugby because my husband Garrett was a coach so we spent a lot of time in Shannonvale. Charlotte and a couple of her friends began playing mixed minis with the boys teams.

‘Sometimes the girls would be fuming if the boys didn’t pass to them and, after a while, were beginning to become a bit disillusioned. That’s when I decided to start a Clonakilty girls’ rugby team and sign up as many new, interested players as we could.’

Munster rugby and club stalwart Neville Burton was a huge help to Vicky before a club committee was formed and Clonakilty RFC got fully behind her idea. As a result, record numbers of girls have registered with the West Cork club.

‘We started off with five girls including my daughter Charlotte but word got around and soon more players started signing up, McCabe says.

‘Munster began holding mini-blitzes where the girls were able to experience the whole feel of a rugby blitz but in a fun environment. Even more importantly, everybody got to play. The primary school girls’ rugby blitzes also proved hugely popular and caused another surge in girls coming out to Shannonvale to play for the club.

‘As of today, Clonakilty RFC has 71 registered minis girls and 73 youths (U14 and U16) plus another smaller group playing U18. Next year, for the first time, Clonakilty will be able to field U18, U16 and U13 girls’ teams.

‘Naturally, at first, parents were a bit cautious when it came to allowing their young daughters play rugby.

‘That’s understandable but Clonakilty RFC was brilliant in reassuring parents by disseminating lots of information on safety and concussion. Safety has always been the club’s highest priority and all our coaches are fully trained in concussion protocols.

‘Now, we have huge numbers playing rugby, we have gone from 20 to 39 registered U14 girls this year alone. I’m delighted to say that girls’ rugby is thriving in Clonakilty.’