Bantry Blues' Damien O'Neill and Castlehaven's Larry Tompkins both made it on to Tom Lyon's best Carbery team.

TOM LYONS was set the challenge of picking his best Carbery football team of the last 50 years (1970 to 2020). After drawing up a shortlist of 92 players, it took him time to settle on a final 15 – but what an incredible team this is, packed with talent, skill, leadership and local legends

1. Diarmuid Mawe (Dohenys) - A legend between the posts for a quarter of a century, he played in four different decades. Mawe was spectacular, colourful and exciting, winning county medals at junior and intermediate with Dohenys and senior with Carbery. His wonder save in 1968 won the final for Carbery against Clonakilty and set the standard for the rest of his long career. He was also an outstanding hurling goalkeeper. Hugely popular and always playing with a smile on his face, Mawe was a marvellous shot-stopper and was unfortunate that his career coincided with that of Billy Morgan when it came to wearing the red jersey. 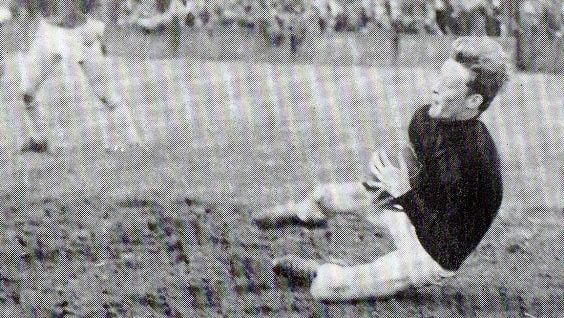 Diarmuid Mawe, in goal for Carbery, making the legendary save for Carbery in the 1968 county final against Clonakilty.

2. Dermot Kehily (Newcestown) - His outstanding career began in the 1960s but he was a star all through the 70s. He played almost every position in defence and midfield for Newcestown, winning junior and intermediate football titles. He was the first real star of the emerging Newcestown club in both codes and his competitive spirit was unquestioned by all opponents. Kehily won senior medals with Carbery in 1968 and 1971 and his lack of inches never held him back. Dynamic and spirited, he was an outstanding footballer and his versatility was priceless to Newcestown and Carbery. Played all grades with Cork, minor to senior.

3. Kevin Kehily (Newcestown) - An All-Star footballer with Cork, he was a hero with his club in both codes, captaining them to the county intermediate title in 1971. From his young days in Hamilton High in Bandon he was destined for greatness and was most unfortunate to wear the red jersey when Mick O’Dwyer’s marvels were in their prime. Tough as nails, he loved the challenge against the Kingdom and never took a backward step against them. His clashes with the Bomber Liston are now part of Munster folklore. Won county junior and intermediate football county titles with Newcestown and senior with Carbery. Played for 15 seasons for Cork, winning three Munster senior medals and two All-Stars. Most unfortunate to miss out on an All-Ireland senior medal in 1973.

4. John Evans (O’Donovan Rossa) - He took the lead from his outstanding older brother, Bobbie, but became a star in his own right. Big, strong, determined, never beaten, he could play in all defensive positions but starred in the corner from where he often dominated matches. He was a real hero at the end of his career and a colossal presence when Rossas won the club All-Ireland title in 1993. He wore the red shirt of Cork for eight years in the 1980s, just before Cork emerged as a force in 1987, winning a Munster medal in 1983, a Railway Cup medal, a national league and represented Ireland against Australia. He was an All-Star footballer in 1982.

5. Anthony Davis (O’Donovan Rossa) - The class act in the Rossa team that won Carbery’s only All-Ireland senior club title in 1993. Beautiful style, well balanced, great temperament and just loved playing football, he always drove Rossas from the front. A member of the great Davis footballing clan, he wore the senior red of Cork with distinction from 1984 to 1994. Started winning county underage medals with Rossas, a Corn Uí Mhuirí with St Fachtna’s and county intermediate with Rossas. Davis became the only Gaelic footballer in Ireland to win All-Ireland medals at all levels, of minor, U21, junior, senior (1989 and 1990) and club senior. His unfair sending off in the 1993 All-Ireland final, later rescinded officially, probably cost Cork that title. He is a legend in Cork football circles. 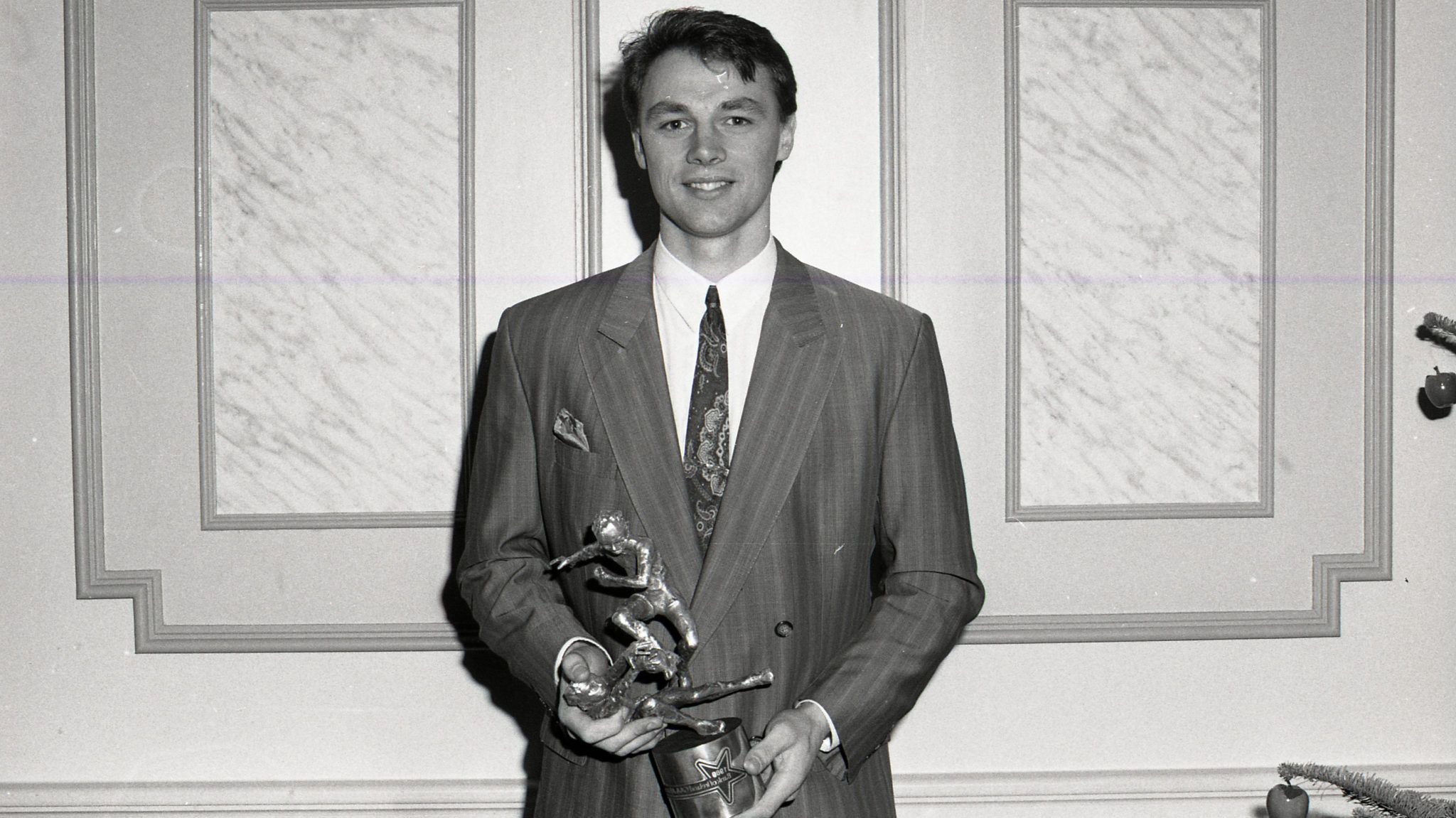 6. Niall Cahalane (Castlehaven) - A true legend of the game, his reputation as a hard man on the pitch failed to take from his outstanding footballing skills. A marvellous kick-passer of the ball, he was a defender who had it all and was just as comfortable at midfield and driving forward into attack. His qualities as a leader on the pitch were instrumental in Castlehaven’s rise to fame, captaining the side to an unforgettable county title in 1994. He was always prepared to suffer for the cause and played through many injuries. With Cork he won two All-Ireland senior titles in 1989 and 1990 and was the man always delegated with marking the most dangerous forward on the opposing team.

7. Graham Canty (Bantry Blues) - A legend in his own lifetime, he captained Cork to the Sam Maguire Cup in 2010. Inheriting a proud Bantry heritage, he won a senior county medal in 1998 and became a club leader for many years. Canty wore the Cork jersey as minor and U21, winning an All-Ireland U21 medal, and played on the senior team from 2000 to 2013. He became the central character in the Cork defence, playing in three All-Ireland finals, and was a regular on the Irish team, winning three series with fearless displays. His vision as a half back was his greatest gift and he played 61 championship games for Cork, picking up three All-Star awards in a glittering career.

8. Damien O’Neill (Bantry Blues) - When it came to sheer class the Bantry midfielder had it all. A wonderful fielder, an athlete in motion, and the charisma of a born leader, his football skills were admired by friend and foe alike. In the mould of the great Declan Barron, O’Neill came through a highly successful underage career with Bantry before captaining the senior team to county titles in 1995 and 1998. He led by example in those campaigns and his partnership with the late lamented Mick Moran was by far the best in the county. Unfortunately, his displays in the red of Cork were spasmodic, due mostly to injury, and he never got to show his marvellous talent on the widest stage.

9. Dave McCarthy (Clonakilty) - The engine of the Clonakilty team all during the fruitless 1970s and early 80s. A star with a UCD winning team, he quickly made his way onto the Cork team, winning an All-Ireland senior medal at wing forward in 1973. Moved to midfield and more than held his own with the mighty Kerry players of the seventies. McCarthy won an All-Star in 1976, the year he was pole-axed by the mighty Paidí Ó Sé, but he was always one of the most sporting players on a pitch. His work rate was phenomenal as he worked his way from one goal to the other and he was most unfortunate to be playing with Clon and Cork when both were well out of the honours. Played in the county finals in 1983 and 1985.

10. Larry Tompkins (Castlehaven) - There was only one Larry and many would argue he was the greatest footballer to wear the red of Cork. His arrival from Kildare and New York in 1987 saw him driving the rise of Castlehaven to county senior champions, captaining the first in 1989, and winning again in 1994, as well as picking up three Munster titles. He was the driving force, too, behind Billy Morgan’s Cork side to four All-Ireland finals in a row. winning two Celtic crosses in 1989 and 1990, captaining Cork in that historic double win of 1990. Won six Munster medals and a National League title, as well as three All-Star awards. His total dedication to fitness, his never-say-die attitude and his relentless pursuit of football perfection made him one of football’s all-time greats and West Cork was lucky to have him.

11. Declan Barron (Bantry Blues) - There’s a reason many believe he was the most talented footballer ever to emerge from Carbery and one of the best ever to wear the Cork jersey. Nothing was beyond his capabilities and while it was as a high-class scoring forward, especially of goals, that he made his reputation, he was capable of lording midfield and even ended up centre back in Cork’s All-Ireland victory in 1973. The list of great goals he scored for Bantry and Carbery is endless but that was only part of the marvellous player he was. His lazy high fielding was classic as he rose into the sky and his sidestep was mesmerising. When all seemed lost in a game, everybody’s eyes were on him to perform his magic, and he usually did. With Bantry he won county junior and intermediate titles and with Cork, minor, U21 and senior All-Irelands. A winner of two All-Star awards, his exploits and sheer class are still talked about today.

12. Eoin O’Mahony (Clonakilty) - Enigmatic and so talented. When on form, the Clonakilty man was a class apart, especially at club level where his special talent as a top-class forward was admired by friend and foe alike. Speed, solo-runs, class goals, all thrilled football fans for years with Clon and when he transferred for a while to Nemo, he won county and All-Ireland club titles, being the top scorer in the club All-Ireland final. Was unfortunate that Clon were at a low ebb in the 1970s and 80s but scored three goals against Nemo in the county final in 1983 and in the twilight of a long career, won a well-deserved senior county with Clon in 1996. Didn’t always see eye-to-eye with the Cork selectors but won a Munster medal in 1983. When it came to raw talent, he had it all.

13. Mick McCarthy (O’Donovan Rossa) - Known to all as ‘Small’ Mick, his deeds in the red shirt of O’Donovan Rossa are legendary, captaining the club to county senior and All-Ireland club titles in 1992/93. One of the most talented ball-players ever to emerge from Carbery, his scoring exploits with Rossas will never be forgotten. He thrilled supporters again and again with his skills and talent. Played Cork minor and U21 for five years and won senior All-Irelands in 1989 and 1990. A marvellous character on and off the pitch, he made many friends and took it all in his stride. No team would be complete without this entertainer on the pitch. His tragic death in a car accident in February, 1998, was deeply lamented far and wide.

14. Donal Hunt (Bantry Blues) - When it came to heart, power and ferocious will-to-win the big Bantry man had no equal. With Bantry he was a leader from his minor days, leading Bantry from unsuccessful junior in the sixties to county senior finalists in 1981. The crowds flocked to the games just to watch Hunt in action and they were rarely disappointed. His power play and his ability to kick amazing scores, allied to an unstoppable solo-run, made him a nightmare for all defenders and he graduated to Cork senior straight from a winning Cork minor team in 1967. Played for ten years for Cork seniors, winning three Munster and one All-Ireland, 1973, as well as captaining Munster to Railway Cup victory. Those privileged to see him in full flight will never forget a true great of Gaelic football.

15. John Hayes (Carbery Rangers) - Ross has produced many great footballers down the years but right up at the top of the list is the ageless John Hayes. For nearly 20 years he has led the Ross forward line with style and grace and his scoring record is phenomenal. A match-winner in almost every game he plays, he has led Rangers from lowly junior in 2003 to senior county champions in 2016, with county, Munster and All-Ireland titles along the way. With brother Seamus and namesake Declan, he formed a lethal forward attacking unit and his impeccable free-taking was only one part of his talented arsenal. Made his Cork debut in 2006 and was used more as an impact sub than a regular starter, winning an All-Ireland senior medal in 2010. A class act, he has become a living Ross legend while still playing. 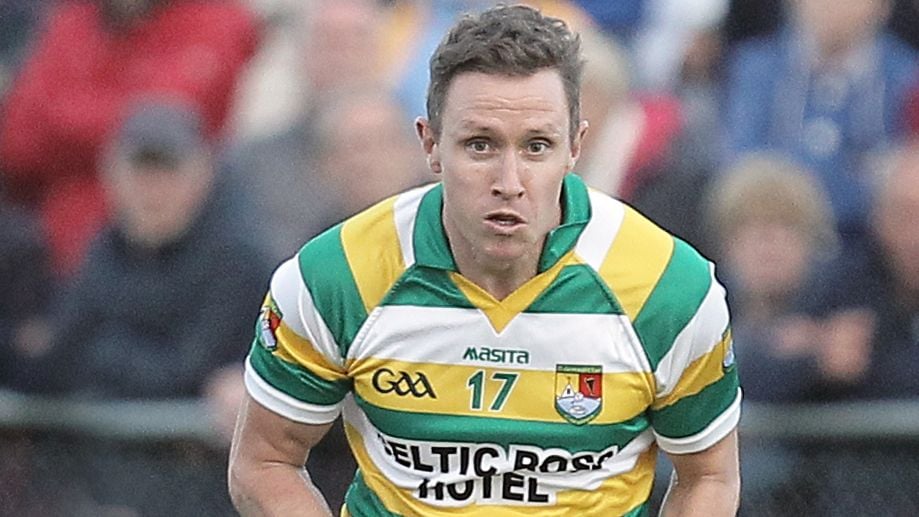