SO, what’s going on with Clonakilty? The surprise 2021 county premier senior football finalists are coming off the back of an underwhelming league campaign that wouldn’t inspire great confidence ahead of the championship.

With two wins and seven defeats in nine Division 1 games, Clon needed a last-round victory against Carbery Rangers to avoid finishing bottom of the Group B table and a place in Division 3 of the revamped leagues next season. Instead, they finished ninth in the ten-team group and will line out in Division 2 in 2023.

But Clon aren’t overly concerned about their league form ahead of the championship throw-in later this month.

They have parked the league. They took what they could from it. Clon were down a number of regulars in every game, Clonakilty selector Eoin Ryan points out. And they move on.

‘Our aim all year has been the championship,’ Eoin Ryan explains. ‘I know we are now in Division 2 next season but we haven’t been focussing that much on the league. We weren't looking at the results, it was how fellas are playing and how they are fitting into the team.’

The championship is Clon’s target. They got a taste for it last year with their brilliant run to the county final and they want more of the same. But they’re back at the start line again, and their route to the knock-out stages is incredibly difficult.

They know they need to hit the ground running given they’re in the Group of Death. Group C is loaded. It has 2021 finalists Clonakilty, beaten 2020 finalists Castlehaven, 2019 and 2020 champions Nemo Rangers and a Newcestown team capable of causing shocks. Only two will advance to the knock-out stages so big names will fall early. That’s why Clon’s focus is on having the team turn up in the championship, not the league.

Still, their league form raises questions. They’ve lost last season’s top scorer, Dara Ó Sé, who transferred back to his home club, An Ghaeltacht. Ó Sé hit 2-31 in last season’s Cork Premier SFC campaign; he was the third highest scorer in the championship. How will Clon compensate for his loss of scores? Who will take over the free-taking duties? 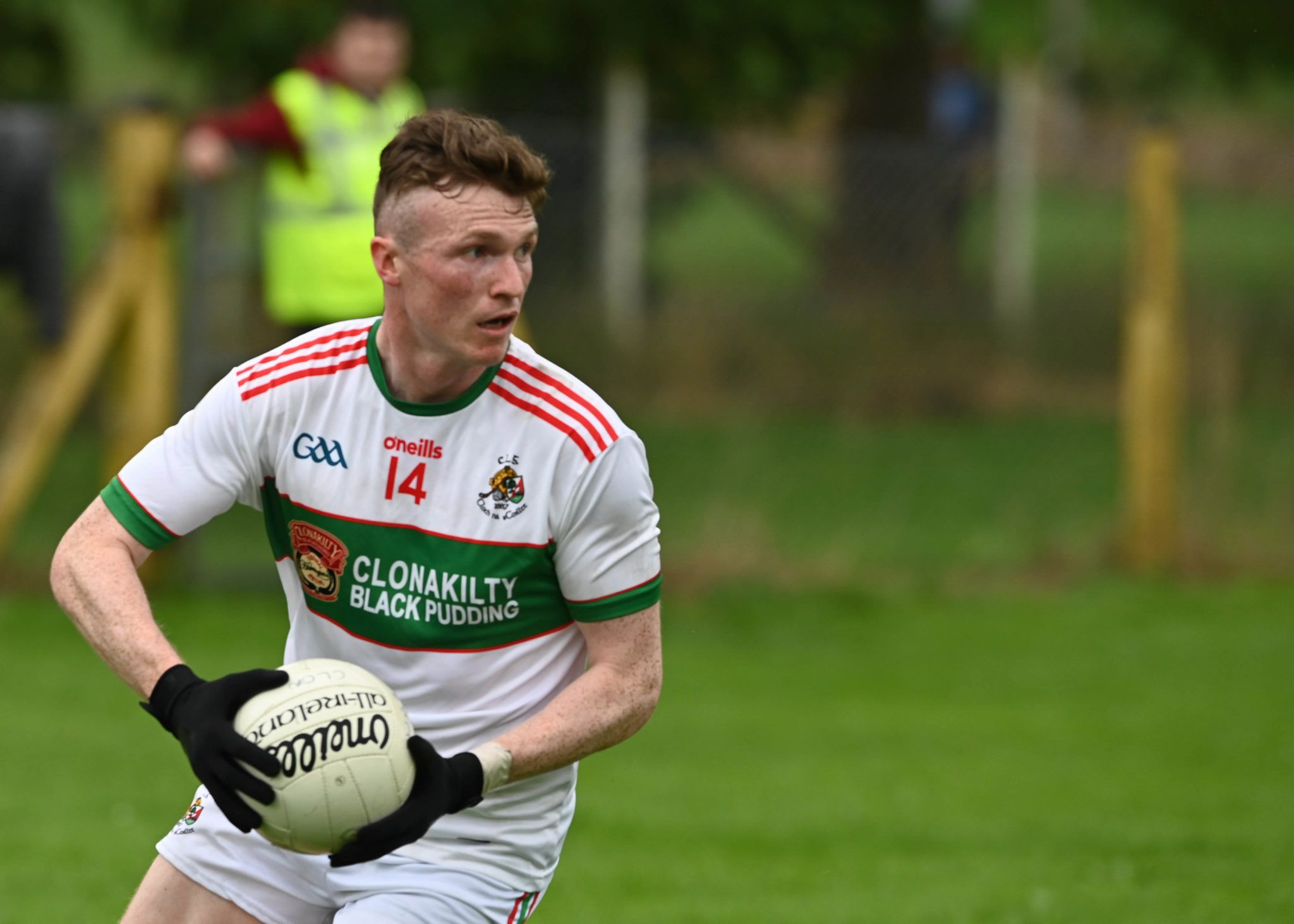 Dara Ó Sé made a big impact in his two seasons with Clonakilty.

Clonakilty know, too, that they need a deeper panel for a sustained championship run. That was one of the main aims in the league: blood new players. There’s a marked difference between league and championship, though. But Clon needs more options, especially with Ó Sé’s exit in attack. In the county final against St Finbarr’s, Clon used one sub, Conor Daly, while the Barrs used five, and that was telling in the final quarter. In the semi-final win against Douglas Clon used four subs, but called on only two in the quarter-final win against Duhallow. Clon needs a stronger bench.

Even with last season’s heroics there was a general acceptance that Clon were ahead of schedule. The previous year they didn’t get out of their group, but in 2021 they broke barrier after barrier. It was bonus territory. This is a building process, selector Eoin Ryan told the Star last year. It was the first year of the new management team, too, led by Haulie O’Neill. There is a lot more to do with this team, Eoin Ryan pointed out, and he feels with the league now in the past, Clon can make an impact in the championship, again. The core of players remains, including that impressive defence that was the foundation for last season’s run to the county final. That back seven of Mark White, Thomas Clancy, Maurice Shanley, Dan Peet, Sean White, Eoghan Deasy and Liam O’Donovan (missed the county final through injury) was immense. That will be Clon’s launchpad again this season. This team also knows what’s needed to get to the business end.

‘Last year was a big push forward. It gave them a lot of belief. That will stand to them this year. We won a good few tight games and lost the final. That self belief, you only get that from the experience we had last year,’ Eoin Ryan says – and they’ll need to draw on those experiences in their derby opener against Castlehaven on Sunday, July 24th, in Rosscarbery at 7pm. That’s a game to focus the mind. There will be no need to belt fists off a table that day. The message is Clon will be ready. So too will Castlehaven, who along with Nemo will be fancied to emerge from this group. That could possibly play into Clon’s hands, again. Little was expected of them last season and look what happened. Given the calibre of their opposition in their group this year, the odds are already against them. They proved people wrong once. They want to do it again. Once the ball is throw-in for the championship, no-one will even talk about the league. Are Clon waiting in the long grass?