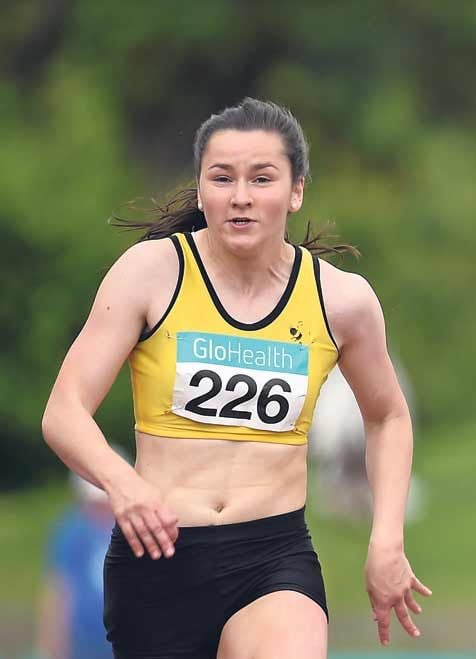 Then on Sunday night, the Irish quartet competed in the heats of the 4x100m where they finished in fifth place, running 45.38 seconds in a race that Jamaica won in 42.50.

After running the anchor leg Healy commented afterwards: ‘It’s well off our best but it’s better to clock a time than have a baton dropped. Our changeovers were better, the value of this experience will be built on for the next one, and we’ll try to be well up against some of these teams later in the season.’

Meanwhile, the Ballineen runner spent the previous five weeks at a training camp in Jacksonville, Florida with her trainer Shane McCormack, where she achieved the qualification time to compete in the 100m at the European U23 Championships that will be held in Talinn, Estonia in July.

‘It’s great to get the qualifying time. The five weeks in the camp were super. We had great weather and quality training,’ Healy said.

The talented West Cork athlete, who raced at the senior European Athletics Championships last August in Zurich – her first senior championships – will try to achieve the 200m standard when she returns home, but it’s likely that she will just compete in the 100m at the European U23s in mid-July.