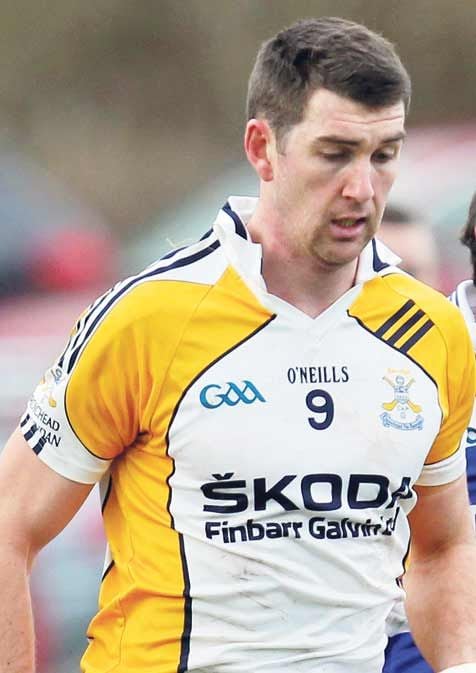 MARK Sugrue should shake off a groin injury ahead of Saturday’s Carbery JAFC opener against St Colum’s.

The Bandon ace (pictured) suffered the injury in Carbery’s recent Cork SFC defeat to UCC, and while he is rated 50/50, Sugrue should be back in action this weekend.

If he is passed fit it will be a boost for Bandon, who are without a host of injured players for the clash with Colum’s – Cha Dullea, Peter Murphy, David Aherne, Conor Sugrue, Eoin O’Donovan and Brian Crowley.

Manager Colm Aherne, back with the club this season after a stint with Barryroe, expects a typically tough test this Saturday in Castletownkenneigh, at 7pm.

‘St Colum’s have the strongest and the best work ethic of any team in West Cork,’ he said.

‘They’ll be out to prove a point this year after last season didn’t go that well for them as defending champions, but it’s been proved over the years just how hard it is to win back-to-back junior A football titles in Carbery.’

Defeated semi-finalists last season, Bandon have no choice but to adopt a game-by-game approach this season, as the players in the club have decided to concentrate on hurling primarily this season, meaning football will sit in the shadows, to a certain degree.