GOOD Friday became a great Friday for the all-conquering women of Skibbereen RFC.

Musgrave Park was the venue for the Munster Women’s Division 2 Cup final, as Skibbereen looked to complete the third leg of an incredible treble.

They were on the brink of a remarkable treble – but Waterpark RFC were hoping to spoil the party.

The Waterford team didn’t roll over but eventually the class of Skibb told as Michelle O’Driscoll, Vivienne O’Donovan, Kate O’Sullivan, Jasmine Kiely and Sharon Stoutt all scored tries, while Emma Connolly was on fire with conversions and penalties.

While this would turn out to be Skibb’s day, Waterpark hit the front inside the opening ten minutes with the first try of this final. In fact, it was Waterpark that kept the West Cork women on the back foot for the majority of the first quarter. 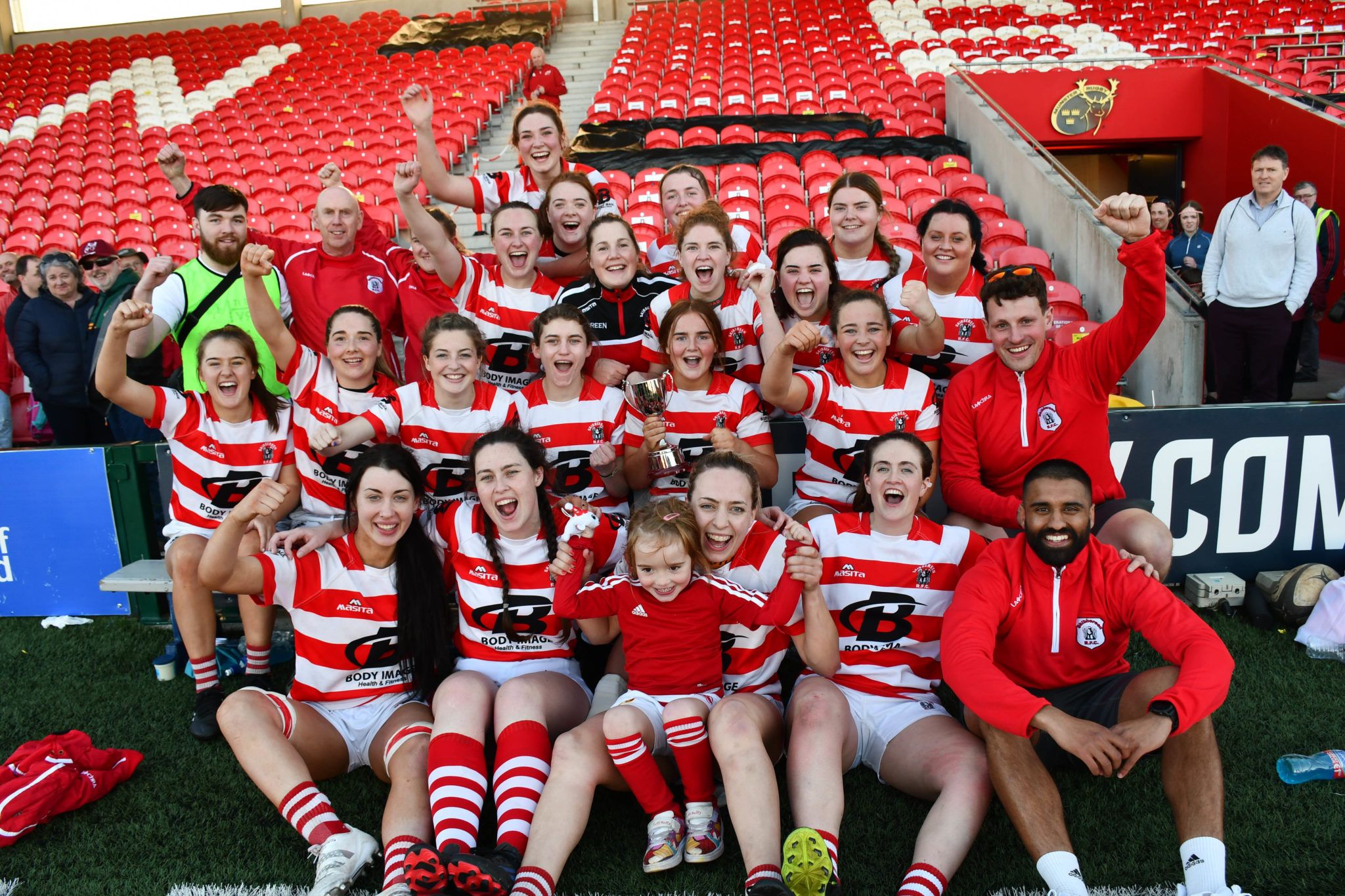 After 20 minutes, Skibbereen won possession and had a welcome break from constant defence. After three phases, a fast line-break saw Skibb full back Vivienne O’Donovan beat multiple Waterpark players along the wing with her blistering speed. She passed along the backline into the hands of Kate O’Sullivan, who scored under the posts. Emma Connolly made no mistake with the conversion. Skibb were on the scoreboard and were up and running.

With some energy gained from a converted try, Skibbereen finally started to play their own game. Possession came easier to them but not without difficulty. Waterpark kept up the pressure with a near try that was unfortunate for the Waterford team, as it was knocked on just over the try line.

Skibbereen managed to use their momentum to finish off the first half with a strong lead of 19-5.

In the second half, the fast feet of Skibbereen outhalf Michelle O’Driscoll resulted in her second try and the first score of the half. The floodgates were opening now as Skibb, dominant all season, showed why they are the team to watch. Jasmine Kiely and Vivienne O’Donovan also added tries as West Cork closed in on the treble and more glory.

Again, Waterpark replied, and almost hit back with another near try from their number eight, but her strong carry was taken by Skibb’s centre Emma Connolly, who managed to hold it up over the line. Waterpark did get their second try soon after, but the Waterford women, 28 points behind, were too far back to mount a serious challenge.

The cherry on the Skibb icing soon arrived with their fourth score of the second half, a try from Sharon Stoutt and converted by the ever-reliable Emma Connolly.

What an incredible season it has been for Skibbereen. They began the year with the hopes of possibly coming away with one trophy, but instead they came away with three. This squad has put Skibb women’s rugby firmly on the map.

Skibbereen captain Averyl Condell accepted the cup in the Musgrave Park stands after this latest win that sparked yet more celebrations for the West Cork team.

This very Good Friday marks a historic year for Skibbereen RFC, but in the eyes of these talented ladies, it is merely a stepping stone for bigger and better things to come.