Cork defender Erika O'Shea is moving Down Under to join the AFLW.

IT was a bitterly cold Sunday five days before Christmas 2020 and the O’Shea family Toyota was ‘Baltic’ freezing.

Sitting inside, John and Maria O’Shea adjusted the radio, ate sandwiches, drank tea and tried to stay as warm as best they possibly could. It was time to settle in for yet another instalment of Cork versus Dublin in an All-Ireland ladies senior football final.

Their daughter Erika’s meteoric rise from minor to senior had culminated in a half-back position on Ephie Fitzgerald's starting team against the all-conquering Dubs.

John and Maria couldn’t have been prouder and were not going to miss the most important day of their young daughter’s fledgling career.

Eerily, Covid-19 had rendered Croke Park close to empty on All-Ireland final day save for the two competing panels, match officials and a cohort of journalists struggling to stay warm in the media section of the Hogan Stand.

A global pandemic wasn’t going to stop Erika O’Shea’s parents.  They drove from their Macroom home all the way to Croke Park, parked as close to the stadium as they could and turned on the radio.

Covid-19 may have prevented the parents of one of Cork’s rising stars from witnessing her first-ever senior All-Ireland final appearance but John and Maria O’Shea would be outside the locked gates, shouting, encouraging and praying Erika and Cork would do it.

The O’Shea’s were taking the GAA slogan ‘Nothing Beats Being There’ to a whole new level. 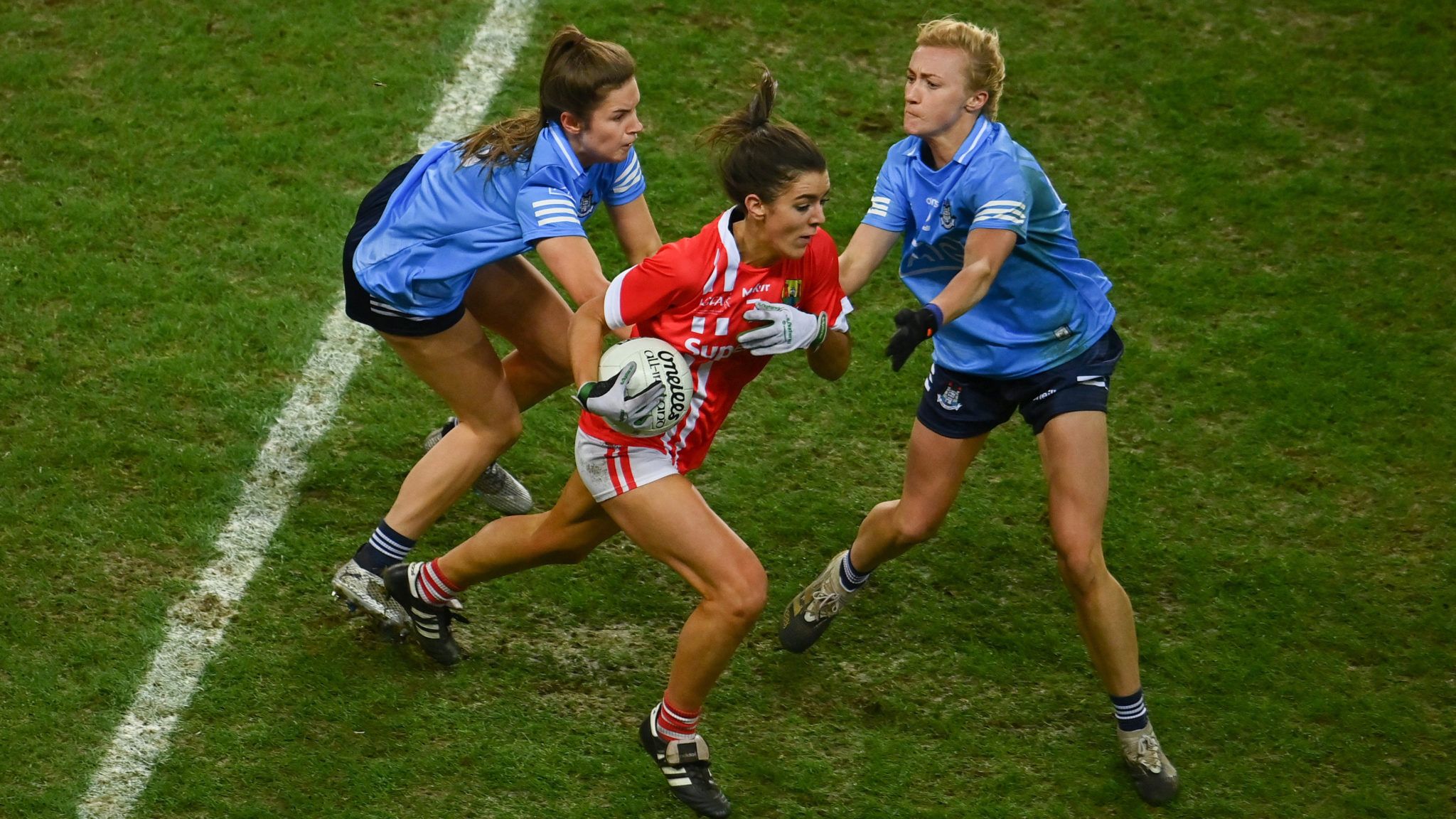 Macroom's Erika O'Shea - playing in her first All-Ireland senior final - emerged as one of Cork's best performers against Dublin in the 2020 decider.

Yet, all Erika’s parents were doing was repeating a devoted process they carried out each and every time their daughter togged out, no matter the game or what part of the country she was playing was in.

It has been long road but so much has been packed into the first two years of O’Shea’s Cork senior football experience that a first-time TG4 All-Star nomination – for her performances this season – isn’t the least bit surprising.

‘I found out about the All-Star nomination from my mother while I was above in college at UL where I’m studying my first year of Health and Exercise Fitness,’ O’Shea told The Southern Star.

‘The news really cheered me up. I was delighted and couldn’t believe it. All along, I would have been going to the Cork ladies senior football matches and idolising Orla Finn, Ciara O’Sullivan, Melissa Duggan, ‘RP’ (Roisin Phelan) and all the others.

‘I was at the 2018 All-Ireland final in Croke Park as a spectator sitting close to the side-lines and cheering on all the girls.

‘I never made any of the Cork inter-county underage teams, U14 or U16, growing up. So to actually make it on to a Cork senior team (for the first time) was amazing and I couldn’t believe it myself. That’s why I’m so grateful to Ephie (Fitzgerald), Paddy (O’Shea) and all the other Cork management team members for giving the chance.’

Not featuring on any of Cork’s underage teams until the minor grade shows the guts and determination of the Macroom footballer who refused to give up on her dreams. O’Shea’s dedication, talent, pace and conditioning made her a standout debutante as soon as she made the breakthrough on to the Cork senior panel under Ephie Fitzgerald.

So how daunting was it stepping into a dressing room with the inter-county senior players she had been supporting only a couple of years before at Croke Park?

‘It was very daunting at first as I was the only Cork minor that had been called up,’ O’Shea recalled. ‘I didn’t know anyone so it was scary. At the first training session, every single one of the Cork senior panel came up to me and welcomed me. Straight away, they took me in and became a second family to me. They are a really close bunch and look out for one another. I was very grateful to all the girls for welcoming me the way they did.

‘Senior training is highly intense. From the first day I got there, every session was like a championship match. There is no holding back. It is very intense because no one’s place is secure on the (starting) team. Everyone was constantly kept on their toes throughout the year.’ 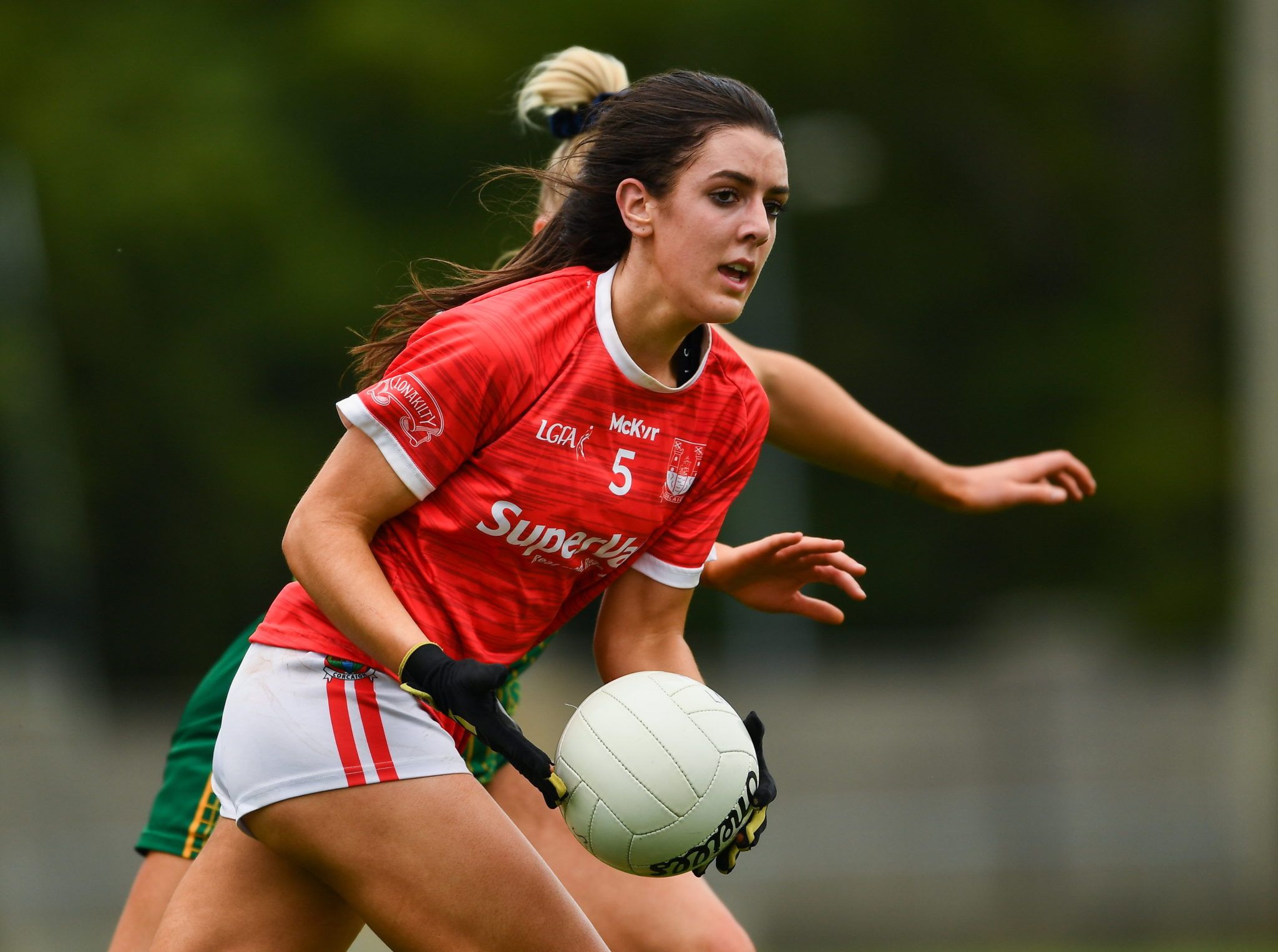 O’Shea, along with the likes of Katie Quirke, Sadhbh O’Leary and young players of a similar calibre are beginning to make their presence felt on the Cork senior panel. It is going to be a different Cork senior team over the coming years under a new manager in Shane Ronayne. That’s something the first-time All-Star nominee is looking forward to.

‘The likes of Sadhbh and Katie broke through during this year’s National League because Cork’s management gave young players a chance. Now there is a new manager for 2022 but Shane Ronayne is a very experienced man having worked alongside the legendary Eamonn Ryan. Shane has plenty of experience and we are all looking forward to working with him. We were obviously sad to see the (previous) management team go but very excited for a fresh start too.’

So, having suffered the heartbreak of an All-Ireland semi-final capitulation to eventual champions Meath this season, O’Shea is determined to look forward, not back, as her senior football career continues its upward trajectory.

A TG4 LGFA All-Star banquet – at Dublin’s Bonnington Hotel on Saturday, November 13th – will bring a positive end to an otherwise frustrating year and the Cork and Macroom defender is looking forward to the occasion.

‘My mother was bawling when she found out I was nominated! She couldn’t believe it and now the whole family is going up and have dresses and everything got!’ O’Shea said.

‘Everyone in the family is buzzing. I’m delighted I got nominated as well because I feel I now have something to give back to my family. After all the years of my parents driving me to training, matches and everything. I finally feel like I have something (special) for them. That’s why I am so delighted to be nominated.’

O’Shea has come a long way in a Cork senior jersey having jumped from the minor grade and with no previous underage inter-county experience. A first-time All-Star nomination represents another important milestone in a young player’s career that’s only just getting started.