When Clann na nGael last won an U21 title back in 1980, Ireland were also Eurovision winners. Johnny Logan famously sang ‘What’s Another Year’ back then, but the Scorchers were not willing to wait another year, as they made a blistering start in this 13-a-side final.  Forward Ciarán O’Regan got the first point after a minute, and he followed that with the Scorchers’ first goal soon after. By the time St Colum’s opened their account after 12 minutes, they were 1-3 behind. 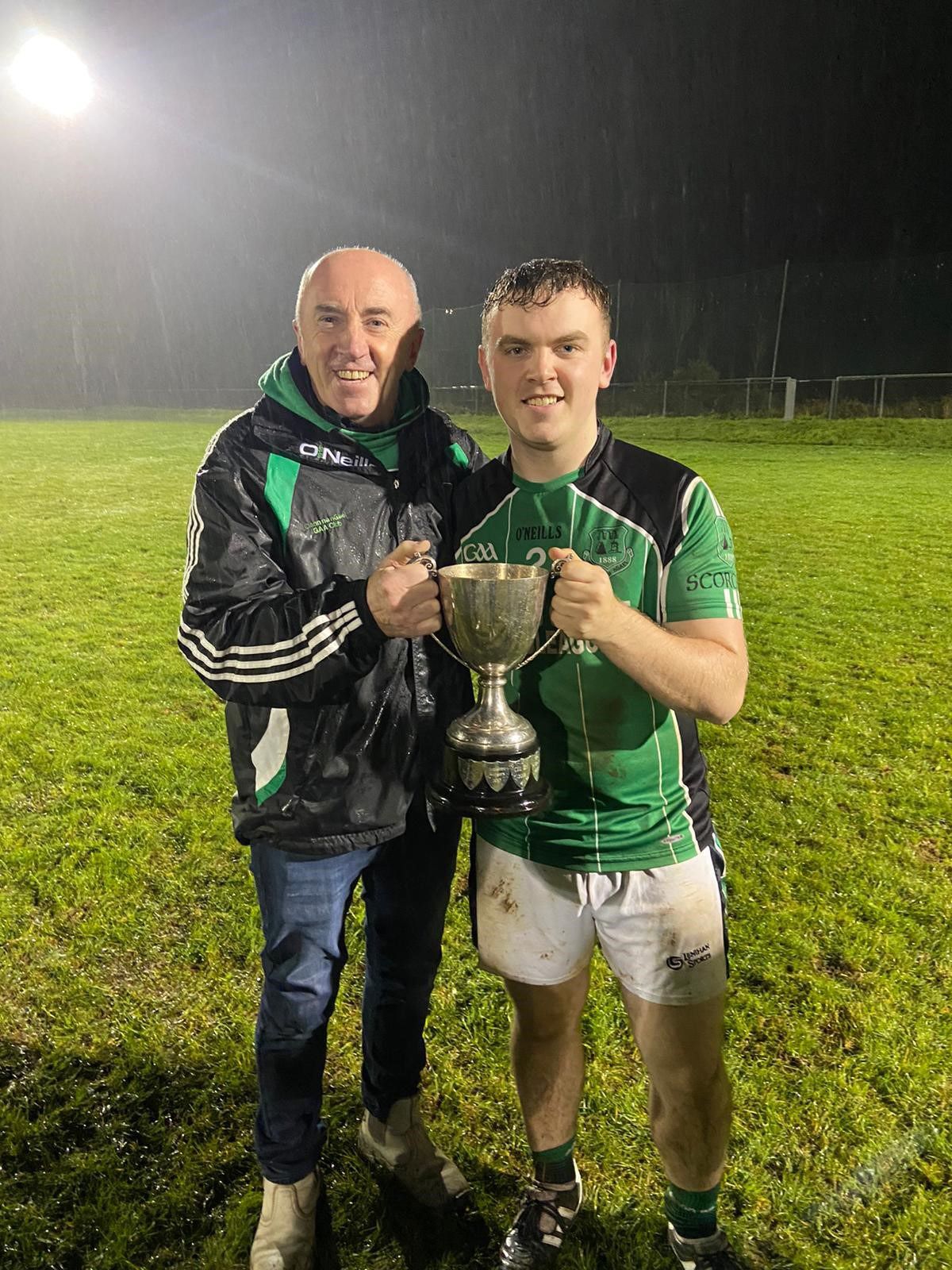 Scorchers player Ronán O'Driscoll holding the cup with his father Martin, who was a member of the last Clann na nGael team to win a West Cork championship in 1980.

St Colum’s direct running and a reputation for scoring goals had the Scorchers defence on notice with the game delicately poised after the first quarter. The champions from Kealkil had fought back to close the gap to 1-4 to 0-3 after 18 minutes. Clann na nGael found another gear then, and lively corner forward James Russell added a fine goal. With the Scorchers forward line on fire, they built up a big lead to leave the score 2-9 to 0-3 at the break.  St Colum’s started on the attack in the second half but were unable to close the gap. Instead, the Scorchers got the next score with a point from the ever-dangerous Ciarán O’Regan. The third quarter was not as free flowing as the first half, and scores proved tougher to come by. The highlight was a superb long-range point from a placed ball by Scorchers forward Robbie McQueen.

St Colum’s clawed a point back but time and resources were now against them. Their task got harder when they were reduced to 12 men following a red card. A man down and with a panel of 14, some unfortunate injuries meant that they finished with 11 players on the field.

Meanwhile the Scorchers were able to introduce fresh legs throughout the second half. A goal from hard-working midfielder Kevin O’Driscoll put some extra gloss on the score line. Late points from substitute Cian O’Reilly (0-2) and wingback Ryan O’Donovan completed the scoring and the celebrations could begin.

Clann na nGael captain Hugh O’Donovan was presented with the cup by David Whyte from the Carbery Board.