NOT for the first time, the supreme standard of sporting quality within West Cork was highlighted as Olympic gold medallists Paul O’Donovan and Fintan McCarthy were crowned the 2021 West Cork Sports Stars of the Year at the Celtic Ross Hotel in Rosscarbery on Friday night.

It was the fifth time since the inception of the popular awards that the sport of rowing has won the overall award.

In what was described as ‘the Oscars of West Cork sport’, the array of sporting talent continues at a high echelon. Given that its 2021 Junior Sports Star of the Year award winner Maeve O’Neill broke a 34-year-old Sonia O’Sullivan record in athletics, the future bodes well for the region. Indeed, athletics seems particularly well placed for future success stories.

The array of sporting excellence in 2021 spanned six disciplines, most notably rowing followed by athletics, GAA, rugby, road bowling and soccer. The Hall of Fame winner was Mike ‘Haulie’ O’Neill of Clonakilty GAA fame and the Team of the Year award winners were the Randal Óg junior football team.

At the outset, Helen Wycherley of the Celtic Ross Hotel welcomed all present and thanked both The Southern Star and C103 for their involvement with the awards that, next year, will celebrate 25 years in existence. Kieran McCarthy, sports editor of The Southern Star, introduced the monthly award winners, some of whom were represented by their families due to their own unavoidable absence. In his address McCarthy paid tribute to his now retired colleague Con Downing.

‘Regulars of these West Cork Sports Star Awards will know that this part right here was former Southern Star editor Con Downing’s gig – but while he has since sailed into the sunset and is enjoying his retirement, his immense contribution to these awards will never be forgotten,’ he said. 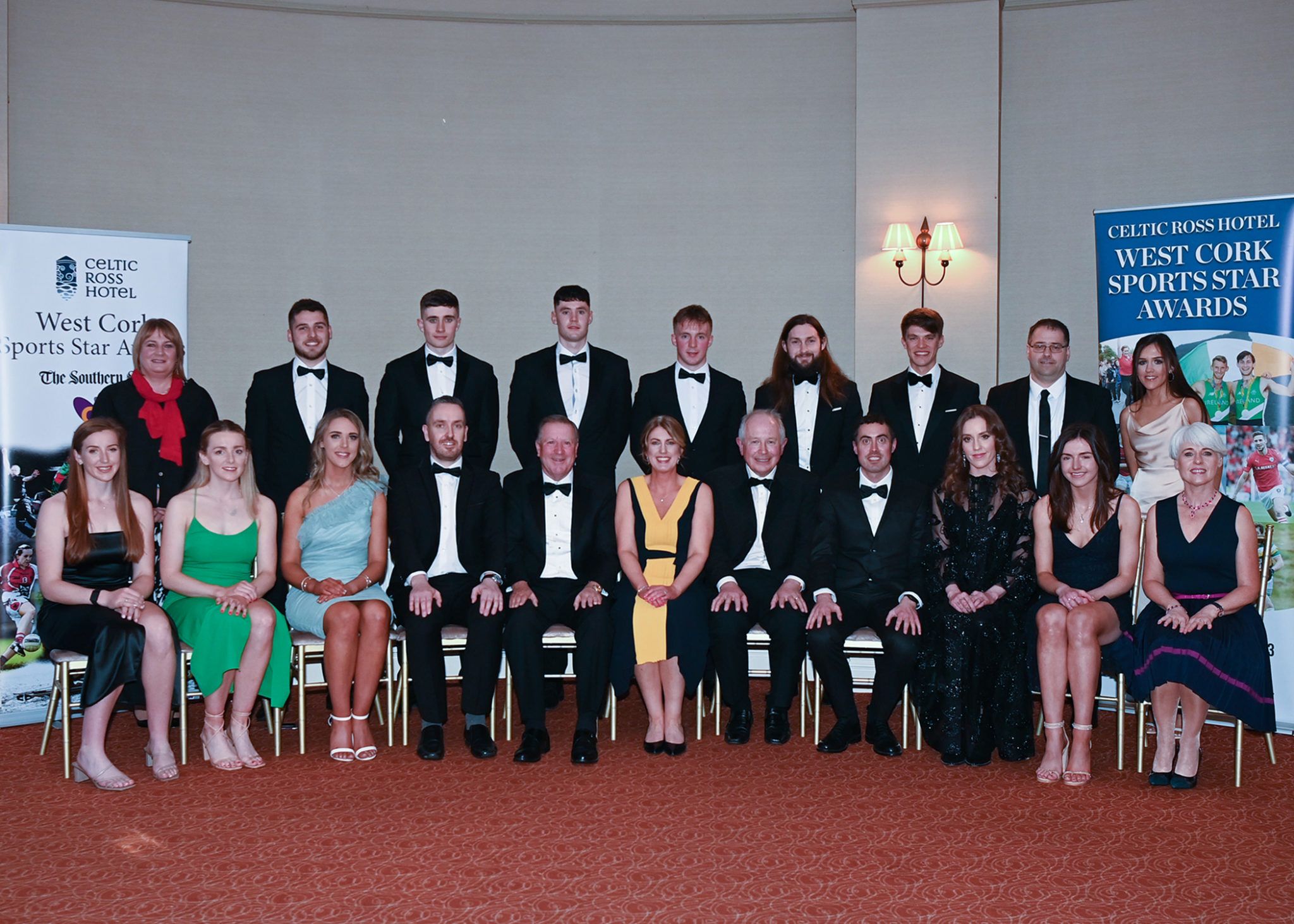 As the awards made their return following its online debut last year, McCarthy added, ‘What also helped us all through the last few years were, and are, the performances of our local sports people at local, national and international levels. Their heroics, in all sports, gave us something to cheer and get behind and gave us all huge reasons to be proud of the West Cork sport family.’

JP McNamara of C103 announced and spoke with Junior Sports Star of the Year winner Maeve O’Neill and Kieran McCarthy highlighted the achievements of the Randal Óg GAA club, winners of the Team of the Year award, describing them as ‘dominant.’

The inimitable Paudie Palmer of C103 chronicled the career of Hall of Fame winner Mike ‘Haulie O’Neill, whose award was accepted by his daughter Louise. Paudie also reflected on the ‘incredible year for sport in West Cork’ before he introduced special guest, Irish soccer legend Ronnie Whelan, who was interviewed by Ger McCarthy. 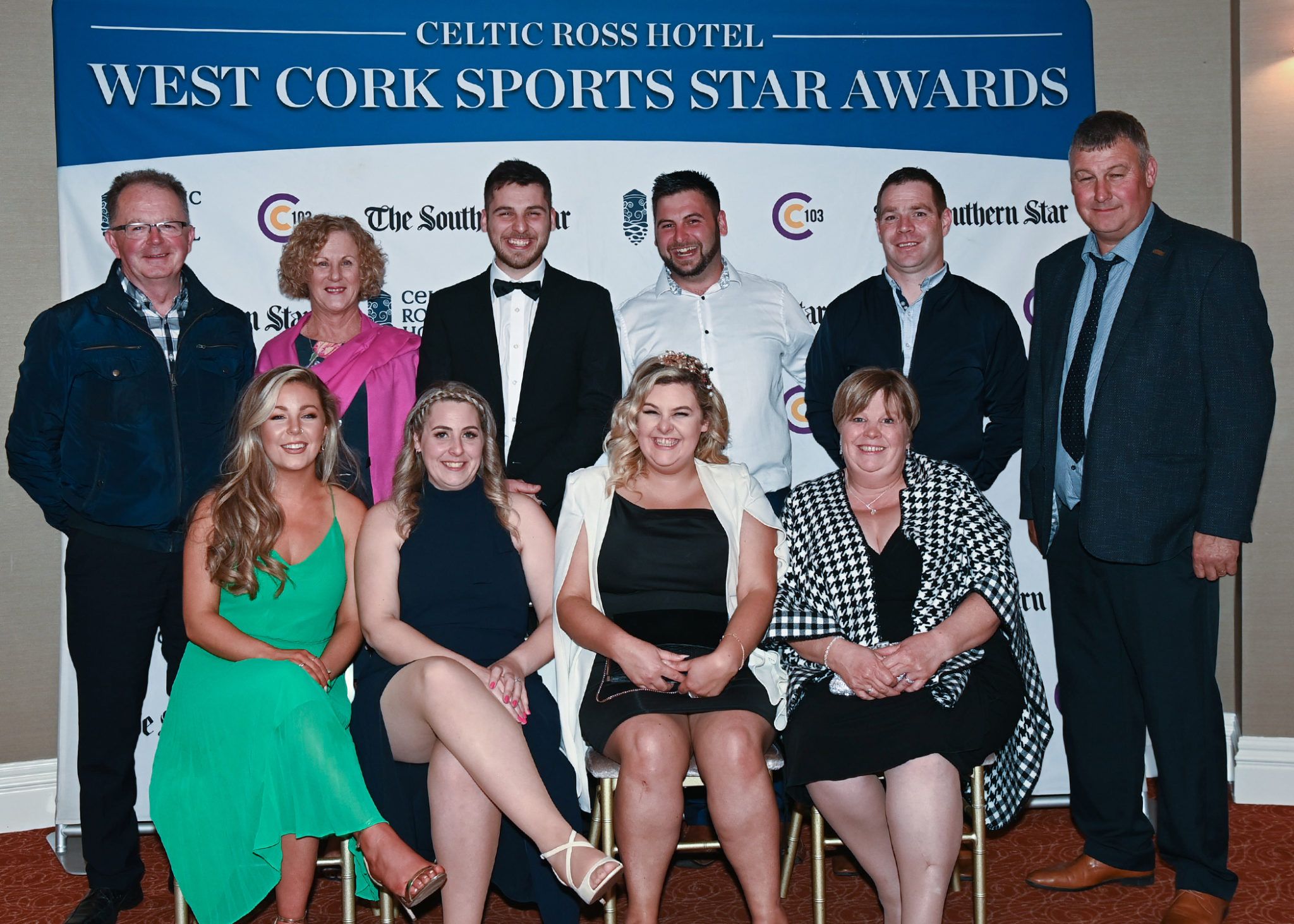 During the course of their ‘fireside chat’, Whelan, a regular visitor to West Cork, revealed how one of the few times he struggled with accents was when he joined Liverpool (1979) and a Christmas tradition for all players was the present of a turkey. When contacting Aer Lingus in Liverpool, he had to adopt a Liverpudlian accent in order to bring the turkey home for the festive season! His normal Dublin accent with the same question received a stark rebuttal. He also spoke about how much ‘Big Jack’ Charlton meant to the Irish players, he joked about his lack of understanding of the Irish (rebel) songs along with his inability to call players by their correct names and his description of some players, all of which amused the attendance.

Worthy winners for sure.