Naomh Abán captain Una Twohig will be hoping to get her hands on this cup in Sunday's All-Ireland junior final. (Photo: Eóin Noonan/Sportsfile)

The Cork and Munster champions are coming off an All-Ireland semi-final victory (0-12 to 0-7) at home to Castleblayney Faughs, the perfect warm up for an even bigger challenge against Galway’s Salthill-Knocknacarra in the All-Ireland junior decider (1pm throw-in).

Naomh Abán’s Una Twohig has already hoisted two trophies this year. The prospect of finishing the year as an All-Ireland champion means the club captain has been dealing with increased media demands. Twohig is not complaining.

‘It is great that we are still in the All-Ireland (championship) and the only Cork team left in it,’ Una Twohig told the Star Sport Podcast.

‘That shines a bit more of a light on Naomh Abán, the club itself. It shows how the club is going from strength to strength along with all our underage teams and things like that.

‘Sure look, no one is used to this media attention so we will just take it as it comes to be honest. We are just loving every moment of it really right now.’ 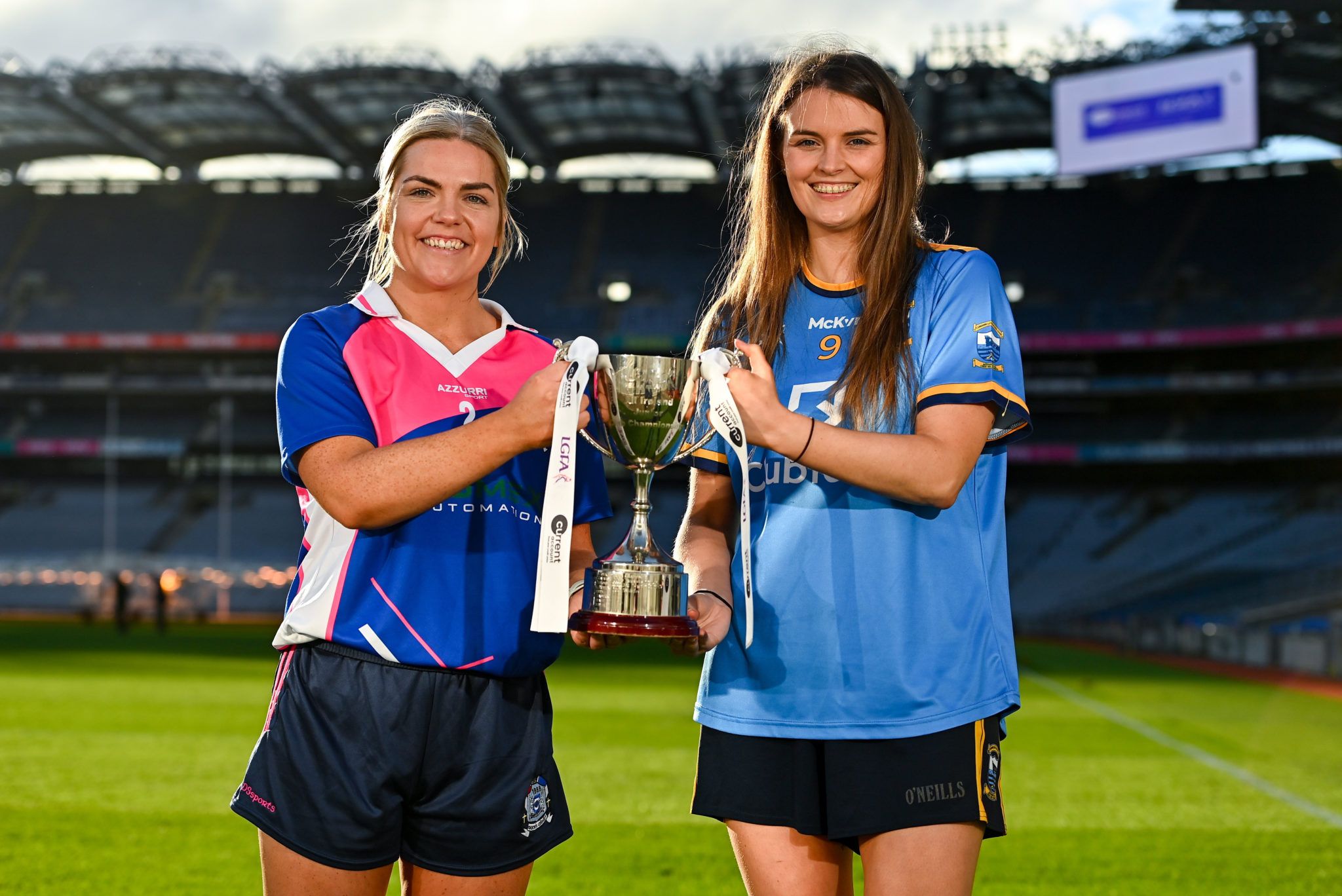 Irrespective of Sunday’s result, what a year it has been for the Ballyvourney club. Naomh Abán defeated O’Donovan Rossa to claim the Cork LGFA junior A county title before surging through the province and overcoming Limerick’s Oola 0-7 to 0-5 to add the Munster LGFA junior A crown.

The aforementioned All-Ireland semi-final victory at home to Castleblayney Faughs was a special day in the Ballyvourney club’s history.

Clearly, momentum is with Naomh Abán.

‘I don’t think we have stopped to take it all in to be honest, to see how far we have come and what we have achieved,’ Twohig admitted.

‘You are just taking every day as it comes. You are treating every game as a game you have to win. Next Sunday, it will be a different ball game. There might be a few butterflies fluttering around and stuff.

‘This has been a remarkable year, something else. Our minors and U21s successes and now us (junior team) getting to an All-Ireland final? I don’t think anyone in the club realised we could get this far at the start of the year.’

Standing in Naomh Abán’s way of possible All-Ireland glory is one of the most famous names in Galway and Connacht LGFA and camogie circles. Salthill-Knocknacarra overcame Leinster and Dublin junior champions O’Dwyer’s as well as some awful weather conditions, 1-7 to 1-6, in a closely-fought LGFA junior semi-final win.

‘You don’t enter an All-Ireland final just to be there, you are coming in to win it,’ Una Twohig stated.

‘We know this game is going to go down to the wire. One big thing that is going to stand to us is the fact all of none of our games, up to now, have been ‘walkovers’. They have all been close. We had to work for every win. That’s why we are hoping that it will stand to us on Sunday. From what we know about Salthill-Knocknacarra, they are a young team like ourselves. They are fit.

‘Come game day, no one knows just what way it is going to go. Hopefully, now that we have all the work done, we can settle down and play our normal game, build up from the back. We will do a little bit more homework on Salthill-Knocknacarra this week but I’d say we are in for a cracker of a game on Sunday.

‘It has been a long and hard-fought road for this group of Naomh Abán players, not just this year, but over the last three or four years we have been together.

‘For Noel (McDonagh) and his management team and all the people behind the scenes over the past 15 years, it must be wonderful for them to finally get this level of success and recognition.

‘You never envision yourself lifting a county and Munster trophy. To have done it and know that we have the talent and hunger to go on and possibly win an All-Ireland. It is great to be putting so much back into our club.’