Two clubs that will meet in Group C of this year’s Cork Premier SFC served up an entertaining first competitive league game of the new season amid freezing conditions.

‘It is always nice to be winning but, more importantly, we have good young fellas coming through,’ Castlehaven manager James McCarthy said.

‘We were able to blood young fellas (this evening). Having Mark Collins and Michael Hurley back is a big advantage to us. It is great for our young fellas to come in and play beside them and learn from them.

‘Our aim this year is to have a strong panel. That’s more important for the club, to bring these young fellas through as they are going to be there for the next 10 or 12 years.

‘It is no good those players standing on the side-line looking in. We have eight or nine league games and we will be able to put those young players in at different stages. That will be great for them.’ 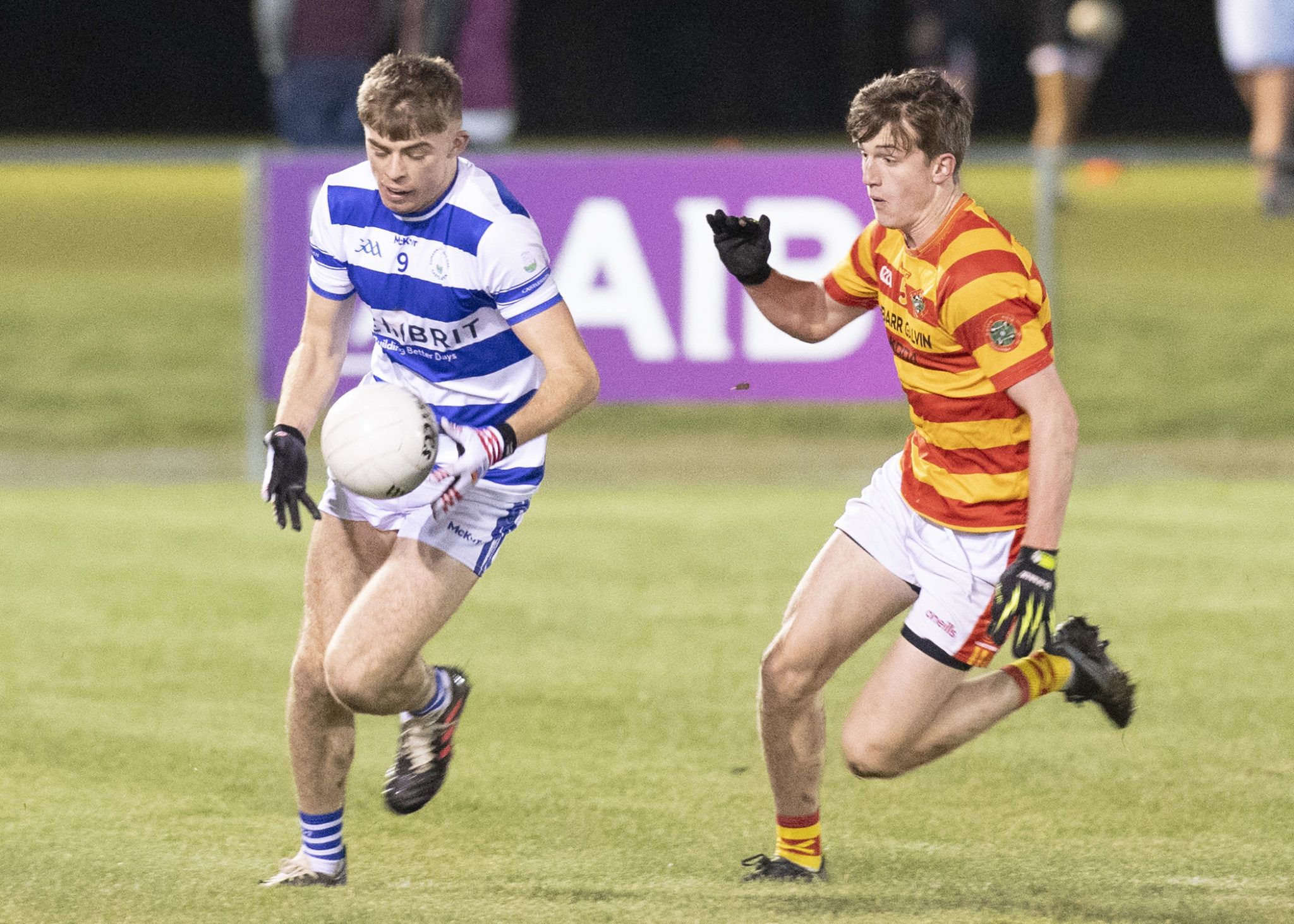 Castlehaven’s Andrew Whelton about to be tackled by Conor Goggin (Newcestown) in the Cork Credit Unions Division 1 Football League game.

Castlehaven led 0-8 to 0-7 at the break despite Newcestown being the better team for long stretches. The latter failed to reproduce their first-half form after the break however, and Castlehaven took full advantage. Jack O’Neill bravely punched to the net minutes after the restart and the Haven’s defence tightened up, restricting the visitors to 0-3 during a scrappy second period.

Castlehaven were full value for their 1-14 to 0-10 victory on a night Michael Hurley (0-5) and Mark Collins (0-4), who have both stepped bacl from inter-county this season, played their part. This was far from a two-man show, as Andrew Whelton, Cathal Maguire, Jack O’Neill, Thomas O’Mahony and Conor Nolan also contributed.