ARTHUR McDonagh is the new kingpin of Cork bowling.

A commanding final performance at a packed Ballyvourney last Sunday week saw him crowned 2020 county senior champion. For Bandon man James O’Donovan the wait goes on, a brave and spirited display not enough to win the coveted title on this occasion.

The Coolea Road offers scope aplenty for senior standard-bearers to show their prowess and, to the credit of both finalists, they delivered a stirring contest. McDonagh had the edge from the off and once ahead he showed little inclination to yield ground.

For O’Donovan there may be some regret that he didn’t get more traction on his opening shot and set a marker for the day. McDonagh, who was underdog with the punters, was away to a 50-metre lead after the opening exchanges and consolidated that with a splendid second.

O’Donovan showed his wares with a brilliant third all the way to sight at ‘falla seanie’s’, a shot McDonagh did well to beat but now with a very much reduced lead. Unfortunately for O’Donovan, his fourth whipped left, giving his Fermoy rival an opportunity to pull away again. This he did in no uncertain manner, firing one of the shots of the score to rise almost a bowl off odds. 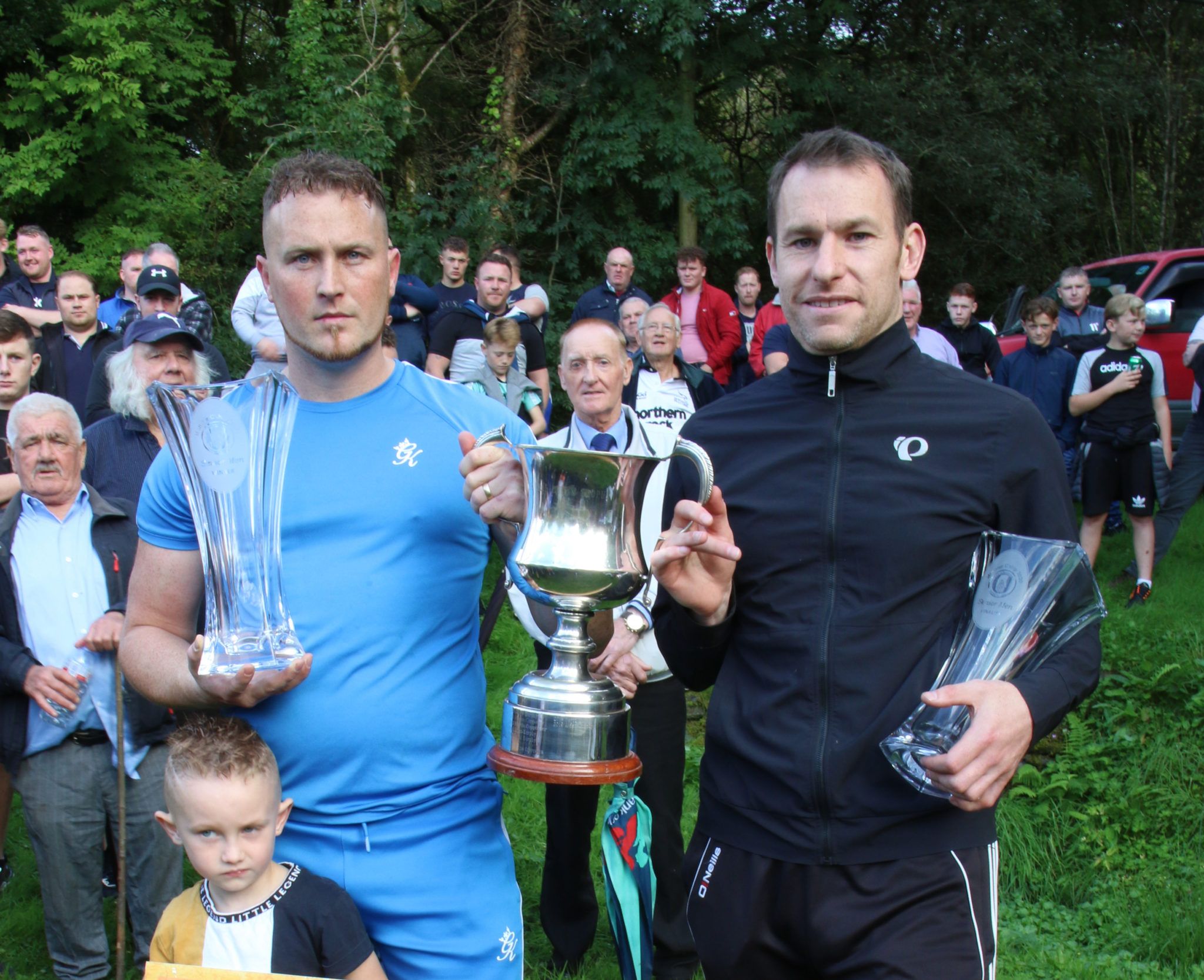 On a roll now McDonagh lined another big one, but O’Donovan defiantly followed to keep the margin under the bowl. A chance came for the Bandon challenger when McDonagh’s sixth went right but it wasn’t fully capitalised on, and it soon became apparent it wasn’t going to be O’Donovan’s day. McDonagh’s eighth was another screamer that gave him a full bowl lead that was almost doubled when the unlucky O’Donovan saw his ninth accidentally blocked.

Two bowls then separated them at ‘Herlihy’s’ but there was a glimmer for O’Donovan when he tracked a super 11th that reduced the odds to 50 metres with the bowl. He kept pressure up with big shots past ‘O’Riada’s’, but McDonagh yielded no more and when his 16th shaved the right to restore his two-bowl cushion, the senior championship cup was heading to the North-East division for the very first time.

McDonagh will return to the Coolea Road on October bank holiday weekend to contest with Thomas Mackle for the 2020 All-Ireland championship. Mackle regained the Ulster senior title with a comprehensive three-bowl victory over reigning champion, Cathal Toal in the final played at Knappagh on Sunday last.