THERE IS a sense of normality to life these days for Thomas Clancy, the Kinsale Community School teacher intent on engineering success for Clonakilty’s footballers in the upcoming Cork Premier SFC.

Back at school since late last week, it was a return to the norm for the 29 year old. It’s good to be back was his verdict. Ditto for the return of the county championship this Sunday, as Clon begin their Group C campaign with a West Cork derby against Ilen Rovers in Rosscarbery (2pm).

‘I’m enjoying my football now,’ Clancy says, and that’s telling in his performances.

‘Superb at full back,’ we were informed.

That was that league as Clonakilty – under returning manager Haulie O’Neill – went all the way to the League 1 final against the Barrs who won 4-15 to 3-10, but this weekend is the championship. It will be a different animal entirely, but Clancy is injury free and playing with a smile on his face.

Not involved with the Cork senior football panel now he is coming off more league games than normal for Clon, who are focused on their group opener against Ilen Rovers. St Finbarr’s and Ballincollig are in the same group, but they can wait for now.

‘When I was on the county panel I always felt that I would play if I was fit and avoided injuries, but it didn’t always work out like that. Things didn’t work out in the end then, but I’m really enjoying my club football with Clon now,’ he says.

‘We have had our county players back the last few weeks and that’s really been a big boost to training.

‘We had a nice run in the league, which helped. We got to the league final against the Barrs, and they are always a tough side to beat – but they are the type of games you want before the championship. That’s a game we can learn a few things from.

‘It’s nice to be playing championship, we know we have three games, but we are just focused on our first game. If you lose the first game you find yourself on the back foot straight away and it’s harder to get out of the group.

‘Every team wants to get off to a good start this weekend, and Ilen will want to beat us like we want to beat them. They are probably looking at the group and feeling this is a game that they can win.’

Clonakilty avoided the West Cork ‘group of death’ last season as Ilen Rovers, Castlehaven, Carbery Rangers and Newcestown slugged it out round after round. This season Clon have Ilen for company in their group. Bragging rights, to a degree, are at stake, but Clancy is experienced enough not to get distracted by chatter.

‘Any time you are playing a West Cork team in the championship you know it’s going to be a very tough game. There’s that derby element to it. But we are just concentrating on ourselves, that’s where our focus is and we’re looking forward to playing a championship game,’ he says, confident that Clon have the ability to turn a few heads this season.

This is a team that can call on current Cork senior footballers like Sean White, Mark White, Liam O’Donovan and Maurice Shanley, though the latter duo have struggled with injuries in recent times and are unlikely to feature this weekend. Add in Clancy himself, an experienced campaigner. The Kerry imports, Dara Ó Sé and Joe Grimes, bolstered the ranks last season. David Lowney and Dan Peet are two more who have been involved at inter-county levels in recent years. There’s talent in the squad. Haulie O’Neill has been brought back, again, to stitch it all together. 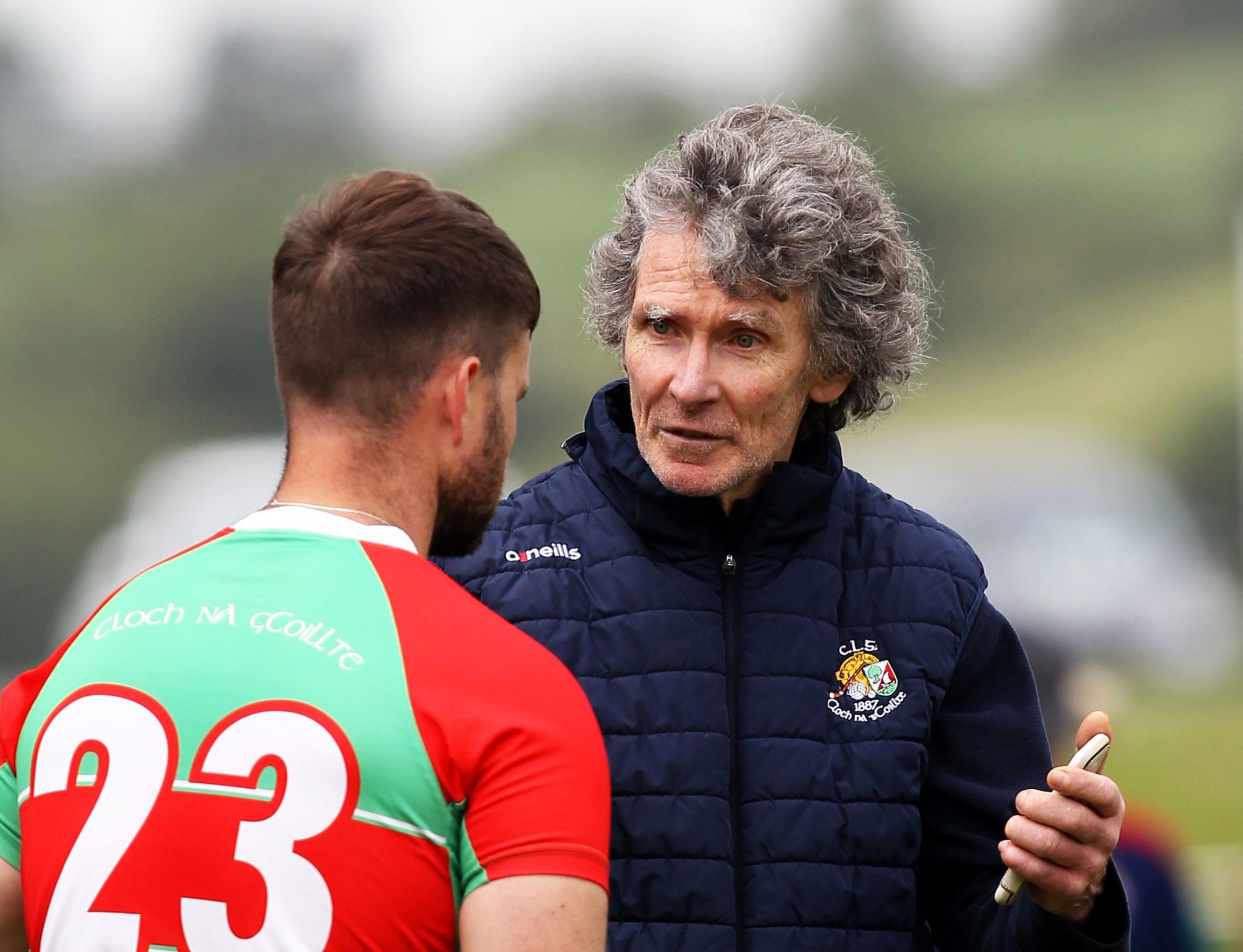 ‘It’s a very competitive championship and we are in a very challenging group, but if we get all our players fit, get the likes of Liam and Maurice back, get a few weeks of training together, then we know we can do something,’ Clancy says.

‘As a team we just want to go out there and perform as best as we can. If that is good enough on the day, great, but we want to come off the pitch knowing that we played as well as we possibly can.

‘In the past few years we feel we have underperformed and that we haven’t played to our potential, so we are working hard and focusing on ourselves. Let’s see where that takes us.’

Haulie O’Neill’s return to the managerial hot-seat is a reminder of some heady days for Clonakilty football, like the club’s last Cork SFC title success in 2009. But this wasn’t a nostalgic appointment; O’Neill has a proven track record and has built a strong management team.

‘Haulie has a good team around him,’ Clancy agrees, ‘He has Neil Deasy doing the training, Brian Murphy and Eoin Ryan as the selectors. Haulie has been around the block, he knows Clon football inside out and he’s a good man to have on board.’

Clon’s first test is this Sunday against Ilen Rovers. It’s a match both teams will target to win if they want to emerge from this group – the top two advance – so there’s a lot on the line. They need to perform. Or they will be on the back foot. Clancy’s only too aware of that, given how Clon have underachieved in recent seasons. Time to step up and push on.