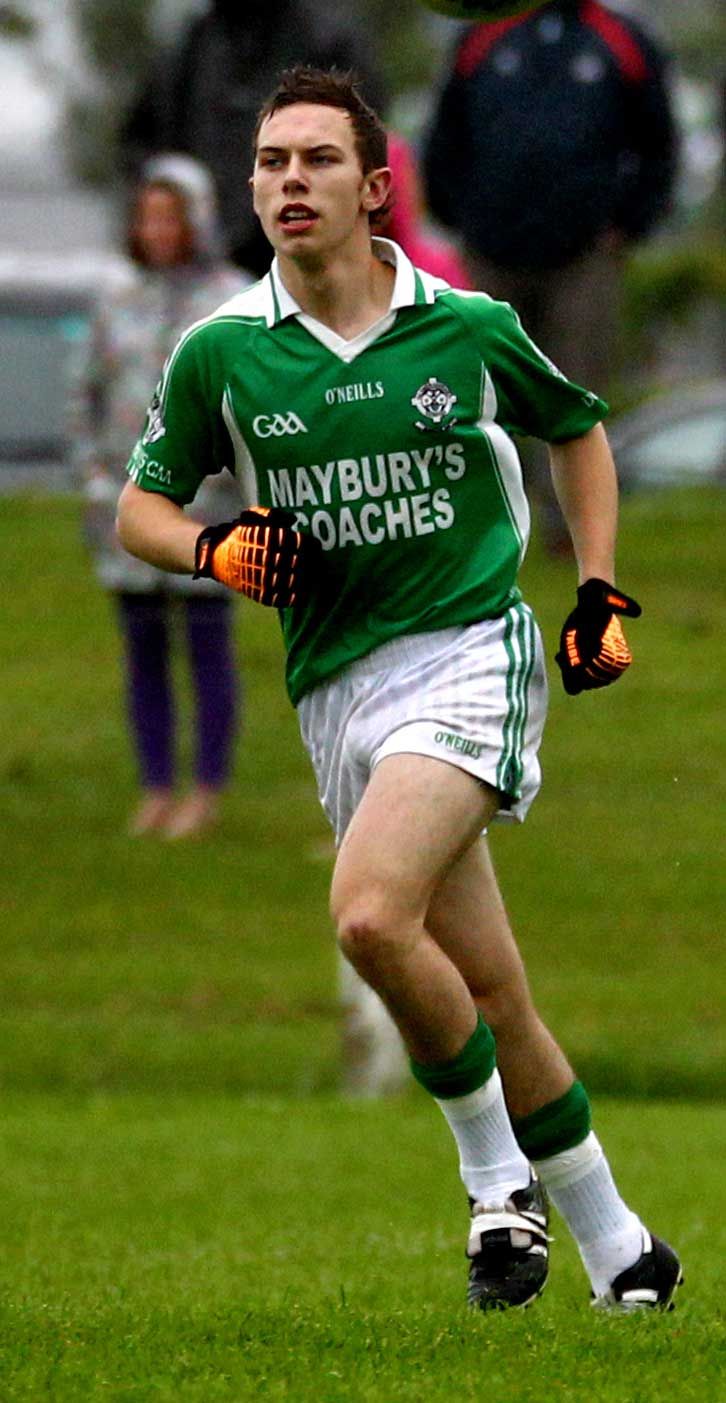 THE 2015 West Cork League mygaff.ie Cup decider is only days away – on Sunday in Drinagh at 2.45pm – as we continue our daily build-up on The Southern Star website with an analysis of both Crookstown and Dunmanway Town’s squads ahead of the showpiece event.

Sunday’s mygaff.ie Cup final is likely to be a high quality affair but low on goals when you consider two of the finest shot-stoppers in the West Cork League will be between the sticks at either end of the pitch.

Dean Knight has endured a difficult season for Crookstown as part of a talented squad that failed to avoid relegation from the Premier Division despite conceding a similar total to the side that survived just ahead of them, Riverside Athletic.

Knight appeared in 11 of his side’s 16 league fixtures and underlined his class with a marvellous individual display in the mygaff.ie semi-final victory over Bunratty United. The Schull club’s deadly attacking triumvirate of Colm Cleary, Connor O’Driscoll and Eddie Goggin were repeatedly thwarted by Knight’s brilliance during a 0-0 draw before two extra-time goals sent Crookstown through.

Tom Murphy is one of the rising stars on the West Cork League scene having come through the Dunmanway Town youth ranks and solidified the senior team’s number one jersey.

The Mohona club possessed the second-best defensive record in this season’s Premier Division thanks in part to Murphy’s consistent performances during fourteen appearances.

Similar to Dean Knight, Murphy reserved some of his best displays for this year’s mygaff.ie Cup run highlighted by a marvellous individual performance in the 2-0 win away to Skibbereen and composed effort in seeing off Togher Celtic in the last four.

As mentioned earlier in the week, the old adage that strikers win matches but defences win trophies was never more apt when analysing Crookstown and Dunmanway’s back fours’ in helping their respective teams qualify for the mygaff.ie Cup final.

Both team’s defences have improved significantly as the competition has unfolded with Crookstown conceding five goals in their three ties and Dunmanway letting in a meagre four in as many outings.

Experienced campaigners Vincent and Denis Healy form the bedrock of Town’s defence and are ably assisted by two equally competent full-backs in Declan O’Dwyer and Barry O’Neill who love to get forward at the earliest opportunity.

It is a similar story for Crookstown with the experienced centre-back pairing of Dermot Desmond and Charles Kenneally outstanding in shutting down Bunratty’s attack in the semi-finals plus full-backs Michael Quinlan and Michael Kelleher providing ample support to their midfielders.

Bottom line, it is going to take something special to breach either back four in Sunday’s decider.

Both Crookstown and Dunmanway possess beautifully balanced midfields that have featured in similarly straightforward 4-4-2 formations throughout this season’s cup competition. The experienced Timmy O’Donovan has dovetailed nicely with a youthful Eoin Lavers in the centre of the park for Town with Lavers popping up with some important goals this term.

The Mohona club possess an abundance of pace on either flank with Mark Quinn one of Dunmanway’s most creative players and the hard-working Barry O’Donovan a constant goal-scoring threat on the opposite wing.

Crookstown’s midfield quartet of Colm Crowley, Michael Deasy, Andrew Kenneally and James Kelleher produced a diligent display in the 2-0 semi-final defeat of Bunratty with Crowley and Deasy forming a superb partnership at the hub of all their team’s best moves.

Andrew Kenneally and James Kelleher’s quality delivery and ability to ghost into the penalty area spells trouble for Dunmanway as they represent two of Crookstown’s greatest attacking weapons in the final third.

There is little to choose between two such evenly matched sets of midfielders but whoever gains the upper hand in the centre of the park will have a huge bearing on the outcome of this season’s mygaff.ie Cup final.

Dunmanway’s 12 goals scored en route to the cup final and Crookstown’s equally impressive tally of 11 underlines both side’s quality in front of goal.

There are few more impressive attacking duos in the West Cork League than Dunmanway Town’s Jerry McCarthy and Johnny Kelly. McCarthy has already netted 16 goals in all competitions so far this season with his younger strike partner Kelly weighing in with 10.

Both players’ ability to unlock the strongest defences the Premier Division has to offer allied with a ceaseless work-rate off the ball marks McCarthy and Kelly down as two of Dunmanway’s most important players heading into Sunday’s cup decider.

Crookstown’s more evenly spread goal-scoring total throughout a difficult campaign underlines the importance of their midfield to pop up with important goals in support of regular strikers Martin McCarthy, Finbarr Crowley and Darren Shine.

Long serving club stalwart Martin McCarthy has chipped in with four strikes this season with Darren Shine knocking in five. Crookstown may not offer as potent an attacking threat as the McCarthy-Kelly axis up front for Dunmanway but a midfield quartet that love to get forward and two full backs capable of arriving late in the penalty box means Town’s defence is in for a busy afternoon.