Danger man: Colm O'Neill is one of the best forwards in the country. 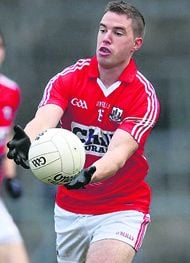 Danger man: Colm O’Neill is one of the best forwards in the country.

CORK have two chances of beating Kerry on Sunday – slim and none.

It’s terrible to be so pessimistic heading to Killarney but what has happened during the past 12 months to suggest that Cork will do any better than the hiding we received in Páirc Uí Chaoimh last July?

After that fiasco Kerry went on to win the All-Ireland title after an amazing campaign while Cork, as they had done in the semi-final in 2014, again crashed spectacularly in the league final against Dublin this season.

Two years ago, 2013, Cork travelled to Killarney as reigning Munster champions with a highly experienced team, against a Kerry team that was on the slide and starting to rebuild.

We all confidently expected to end Kerry’s unbeaten 18-year championship run on home soil, covering 26 games, but we were treated instead to a horror show from Cork in the first 40 minutes. True, the Rebels managed a spirited comeback that closed the final gap to two points that day but it proved the end for Conor Counihan and a number of his All-Ireland winning team of 2010.

Then came Brian Cuthbert and a promised new era in 2014. But will we ever forget that awful day that was the Munster final? Rarely have we felt so embarrassed after a hiding by Kerry. It was annihilation.

What went wrong? Cute Kerry, and Fitzmaurice, had done their homework on Cork and cleaned them out in all the important areas.

What did we get from Cork? No kick-out plan, hammered for the full game at midfield, no direct ball to the inside forwards, and, worst of all, another attempt to mark the pacy Kerry forwards man-for-man. It was exactly what we saw in Killarney the previous summer, only worse. What had Cuthbert and his selectors learned – absolutely nothing.

Is it little wonder we will travel to Killarney on Sunday with little hope of upsetting the All-Ireland champions?

Yes, Cork have done all that was expected of them this season, except for that awful outing in Croke Park in the league final. But what we saw that day showed that again we have failed to learn from past mistakes.

Once again Cork were annihilated in the middle of the pitch with the result that the selectors have been forced to bring Alan O’Connor back onto the panel in the absence of hurling-tied Aidan Walsh.

This ‘new’ Cork team is one of the smallest ever put on the pitch, in direct contrast to the huge physical teams that Counihan used to blow away the opposition, and can they really match the power of Maher, Sheehan and Moran in the middle of the pitch?

Unless there is a huge improvement, and Cork properly and forcefully contest the breaking ball around the middle, which they failed to do miserably last July and in the league final, then it will be a case of ‘Goodnight Irene,’ for Cork hopes again.

If there is a weakness in this Kerry team, it must be their defence, although they covered themselves in glory against Mayo and Donegal last season. Marc Ó Sé isn’t getting any younger and Griffin, Lyne and Enright, used against Tipp in the semi-final, weren’t on the starting 15 in the All-Ireland final. Paul Murphy was a big loss against Tipp last day out.

Inexplicably left on the subs’ bench last July for the first half of the Munster final, Colm O’Neill has been in sparkling form this season and if he gets proper fast ball, could cause trouble for the Kerry full-back line. Hopefully, we will see the marauding Brian Hurley that broke on the scene a couple of years ago and most of Cork’s hopes will be placed in this pair. However, on the down side, the Cork half-forward line has been conspicuous by its absence on the score sheet all season and this won’t suffice to knock the Kingdom off their perch.

At the other end of the pitch, Kerry welcome back Colm Cooper, who did well against Tipp and if he, a fit O’Donoghue and Donaghy turn on the style, there will be little Cork can do to avoid defeat.

The most impressive Kerry forward I have seen this season is Paul Geaney, scorer of the first-minute goal in the All-Ireland final against Donegal, and it won’t surprise me to see him outshining his more illustrious fellow-forwards on Sunday.

One thing is sure, if Cork try to play man-for-man in defence like they usually do against the Kingdom, then they could be in for an even bigger hiding than last July. The only chance is massed defence, 12 men behind the ball, much as we hate it, and to score enough in breakaways to make a game of it.

Every year we watch as the Cork sideline is outmanoeuvred and out-thought by the Kerry sideline and wouldn’t it be nice for a change to see Cork coming into this final with a definite, new plan up their sleeve and a hell of a good Plan B if that goes wrong.

For Cork to win this one and land their first Munster title in Killarney since 1995, when Niall Cahalane captained the side, everything must go perfectly right and the team must play out of its skin while hoping that Kerry hit an off-day in attack and leave gaping holes in their defence.

Wishful thinking? Maybe so, but hasn’t that been the case in Killarney every second year since 1995? – Slán go Fóill