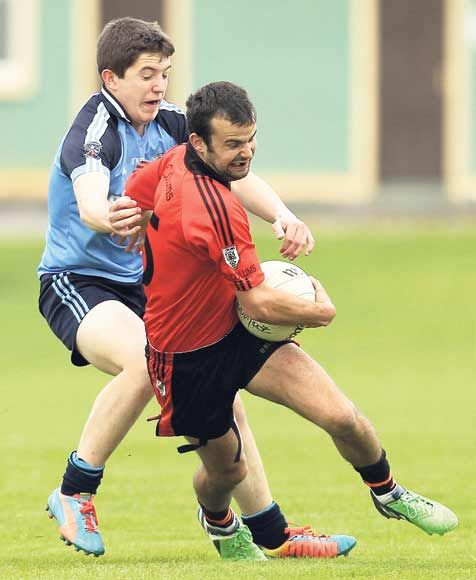 THIS quarter-final clash sees Colum’s in action for the third weekend in a row between football and hurling, while the Haven haven’t seen championship action since their third round win over St James’ six weeks ago. In the first round the Haven recorded a surprise win over champions, St Mary’s by 1-10 to 0-11 and then had to wait two months for their next outing against St James’, which they won by 1-13 to 2-6.

They have been lucky with the long gap between their senior games, as it means they have kept their junior side intact and will look to Ronan Walsh, Daniel Hegarty, Liam Collins, Diarmuid Shanahan, Alan Cahalane, Darragh Cahalane, Conor Cahalane and Cathal Maguire to guide the ship. St Colum’s took the backdoor route to the quarter-final, losing a great first-round game to Bandon by a point, 1-10 to 1-9, but then beating Ballinascarthy by 1-14 to 0-8 in the second round and Barryroe last weekend in the third round by 0-12 to 0-7.

While their county player, Alan O’Connor, is a huge loss, they coped well without him against Barryroe and will look to ace forwards Sean O’Shea, Denis McSweeney, Tony Harrington and Dermot Curtin, midfielder Damien Cronin and defenders Eddie O’Sullivan, Martin Hurley and David O’Mahony for leadership.

Prediction – Much will depend on the fifteen the Haven put on the pitch, but they can expect the Kealkil men to put up a real battle. Just how far can Colum’s expect to go without talisman O’Connor? Fresher Castlehaven to just shade a good battle.