Donal O'Donovan/Pat Lordan (Sierra Cosworth) on their way to victory in the 1998 Keohane Readymix West Cork Rally, the first local crew to win the event. (Photo: Courtesy of rallyretro.com)

IT was like no other, but it couldn’t have been because it was a famous first.

When such is your local event, it’s certainly that extra bit special, sweeter. And so it was, 23 years ago on the third weekend in March, Dunmanway born Donal O’Donovan and Drimoleague native Pat Lordan took their OKI liveried Ford Sierra Cosworth 4x4 to victory in the Keohane Readymix West Cork Rally.

The fact that the rally was sponsored by a local company really added to the occasion. Indeed, it was a huge weekend for West Cork motorsport as Michael Keohane made his Formula Opel debut with Status Motorsport in Mondello Park.

O’Donovan/Lordan were subsequently afforded a civic reception by the Clonakilty Urban District Council, under the chairmanship of Martin Kingston who was also very much involved in the rally.

Given it was 1998, not every reader of this weekend’s Southern Star may be familiar as to how the event panned out and how O’Donovan/Lordan became the first local winners so let’s take a quick trip down memory lane.

On the opening stage at Inchy Bridge, John Price (Metro 6R4) set the pace with O’Donovan just three seconds behind despite a misfire. He was four seconds ahead of Macclesfield’s Jim Harrison (Escort Cosworth), with Frank O’Mahony in fourth, nine seconds off top spot. Denis Cronin had a brief encounter as his BMW bowed out with a broken differential. O’Donovan was best on the stage at Brinny to join Price as co-leader and the Dunmanway man moved ahead courtesy of fastest time on the next stage at Bandon.

On SS 4, O’Donovan lost a few seconds when he encountered Liam McCarthy’s Escort Cosworth making its return to the tarmac after a visit into a field. A few stages later, a blown turbo and road penalties saw McCarthy withdraw.

Although O’Donovan ended the day with a 21-second lead, he was concerned about a slipping clutch. Harrison cranked up his pace to claim second while Price, who spun on the third run through the stage at Bandon, was grappling with a very errant Metro. O’Mahony was fourth overnight.

Sunday’s offering was through a triple loop of stages at Pallas, Ballinascarthy and Newcestown. At the service park, word spread that O’Donovan’s crew had sorted the clutch problems. It was a tactical move, as privately the team reckoned it was too risky to change given the time constraints and nothing was actually done. The move proved astute when the rally leaders added nine seconds from the day’s opener to move 30 seconds ahead. An additional five seconds were garnered from the next stage where O’Donovan cut a left hand corner a bit too tight.

‘I think there was a stone in the dyke, I imagined I had a puncture, but fortunately all was fine. It probably woke me up,’ he commented.

With a lead of a minute and nine seconds, O’Donovan/Lordan were able to measure their performance over the final loop of stages before taking that memorable first-ever West Cork Rally win. O’Mahony’s Subaru stopped on SS 13 with engine woes and Harrison crashed out as Price and the BMW M3 of fellow Welsh ace Gwyndaf Evans completed the podium. Respectively, they were a minute and seven seconds and four minutes and 45 seconds off top spot.

One of O’Donovan traits was that he always tended to let his driving do the talking and shunned publicity. However, on this momentous occasion he had no option only to accept the accolades at a packed finish ramp.

Reflecting some 23 years later, he commented: ‘Of course, it was always an ambition to win the rally, but probably an unrealistic one. When we won the 1300 class and finished 13th overall on the 1990 rally it was probably a harder drive in many respects as we were on the door handles all weekend.

‘On the weekend we won the rally we were able to pace ourselves once we had established a good lead. We had trouble with the car before the event with an intermittent misfire and it surfaced again during the opening few stages. However, we got it sorted at service. The turn-out at the finish was unreal. Living in Clonakilty it was great for the townspeople, that was nice too.

‘With Keohane Readymix as the event sponsor, it was a memorable occasion. The late Paddy Keohane did so much for the sport and helped so many drivers. Pat (Lordan) did a great job on the notes but he was also top class in acquiring sponsorship, not just from OKI but local sponsorship too. Indeed, many locals just wanted to support us and didn’t want anything put on the car.

‘But it wasn’t just Pat and myself, we had a great team behind us and they were hugely important in the build-up to the rally. People like Derry Cadogan, the commitment he gave was unreal – we had the car in his place and there was a real buzz. Ted Flynn, who has a garage of his own, travelled down from Abbeyfeale night after night to help work on the car and then head home again. 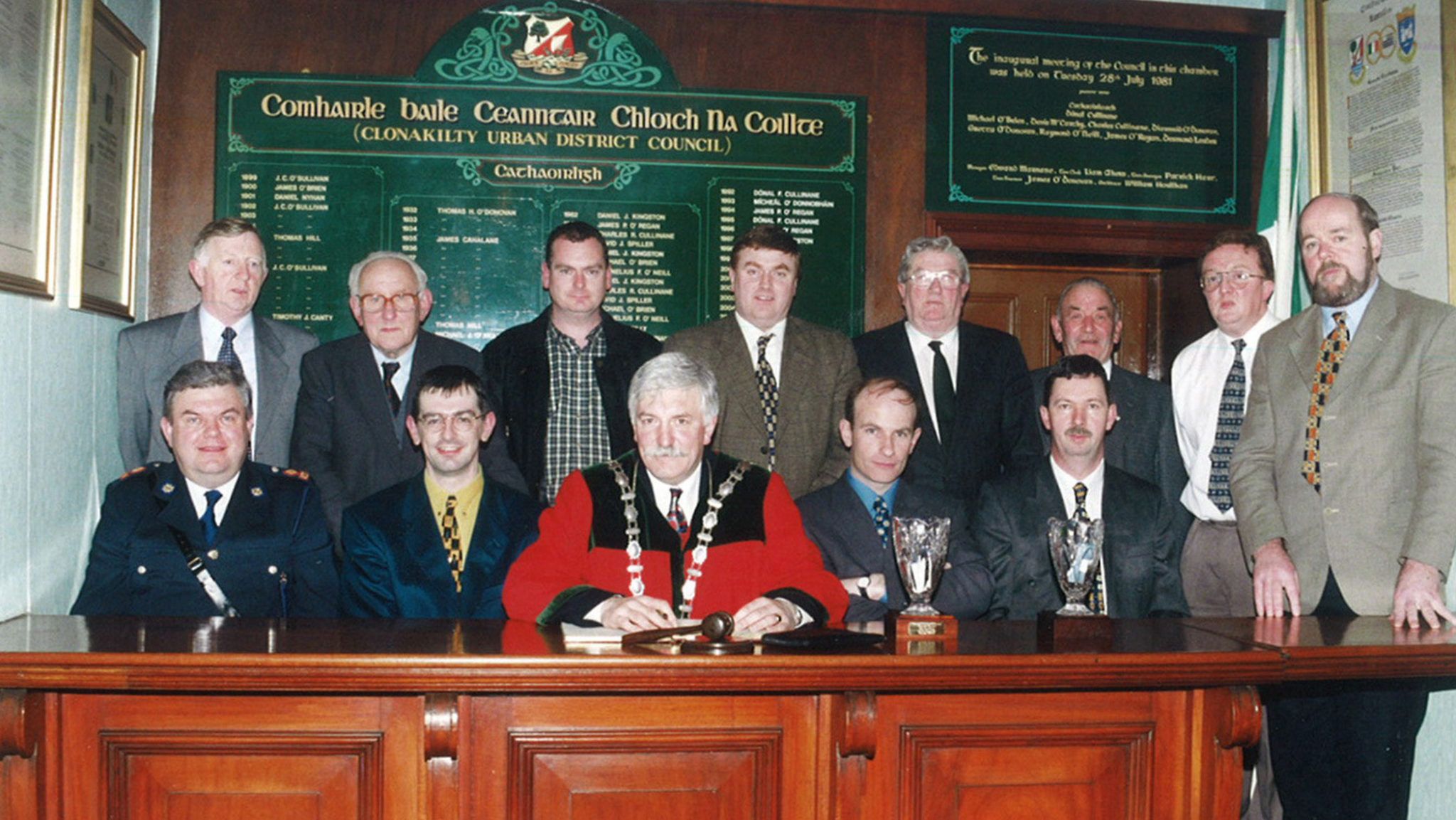 ‘The civic reception was unexpected but it was a fabulous gesture as was the party in the Galley, where the then proprietor, Pat O’Driscoll, subsequently came on board after as a sponsor. The rally has become such an important feature in Clonakilty where it enjoys enormous support especially from the local committee. Everybody works well with the organising Cork Motor Club and I think it’s a unique set-up and it’s a template that many other event organisers have copied down through the years.

‘Twenty-three years on, people still come up to me and speak about our win. That shows what it means.’

Co-driver Pat Lordan added: ‘It was an event that one always dreamt of doing, not to mention winning.  I suppose for the first time I knew we had the car and the crew that gave us the best chance of victory. I always knew we had the driver. Everything went right for us.

‘The focus was on each mile, everything was very calm. Our pace stayed the same for most of the event. Donal was a hugely talented driver. People often ask would I ever go back rallying with someone else and I always say no, I would have no interest. He had it all.

‘We had built up a nice lead so it was important on the Sunday stages to keep that kind of a cushion. That said, we didn’t back off too much.’

Meanwhile, Martin Kingston, who was chairperson of the Clonakilty Urban District Council and also very much involved with the rally, commented, ‘The first local win was an iconic moment and my proposal as chair, to honour Donal and Pat for their great achievement received unanimous support. It was a wonderful occasion.  The rally was and indeed still is a hugely important event for Clonakilty and it was wonderful to see two talented West Cork men beating fine opposition and take outright victory.’

Donal O’Donovan/Pat Lordan were the winners of the 21st West Cork Rally. For all of West Cork, the event certainly came of age in more ways than one.