ORLA Finn scored 1-3 as Cork retained their TG4 Munster SFC title at the expense of Kerry at a sun-kissed Fitzgerald Stadium in Killarney.

The Kingdom were guilty of kicking six wides during an entertaining opening quarter in which they dominated possession. Cork proved more clinical in front of goal, however, Finn and Libby Coppinger points preceded an Emma Cleary penalty to make it 1-2 to 0-3 after 15 minutes.

Then, in the 22nd minute, Ní Mhuircheartaigh reacted quickest to a Meabh O’Sullivan save and found the net from close range.

Cork’s reaction was positive with Áine Terry O’Sullivan and Doireann O’Sullivan (free) making it 1-5 to 1-4. A superb Cork move ended with Ciara O’Sullivan releasing Finn who made no mistake with a rasping finish to the net. The Kinsale forward added a terrific point and Cork went in at half-time leading by 2-6 to 1-4.

Danielle O’Leary got Kerry’s first score of the second period and a series of turnovers enabled the Kingdom enjoy a purple patch. Yet, the hosts failure to capitalise allowed Cork reassert control. 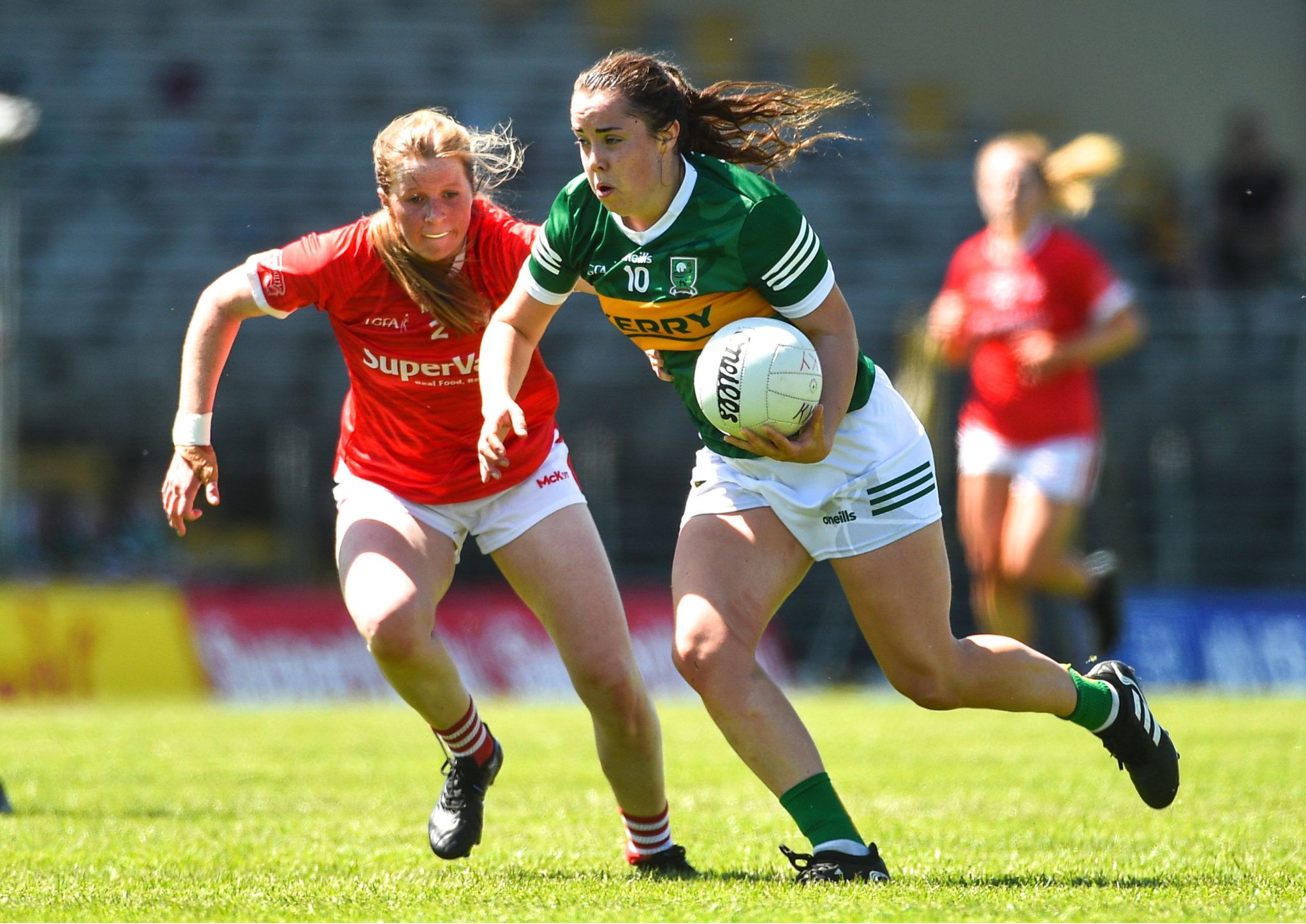 Ní Mhuircheartaigh (free) and O’Leary brought Kerry to within two but Laura O’Mahony responded with a fisted point and Finn (free) quickly restored their team’s advantage.