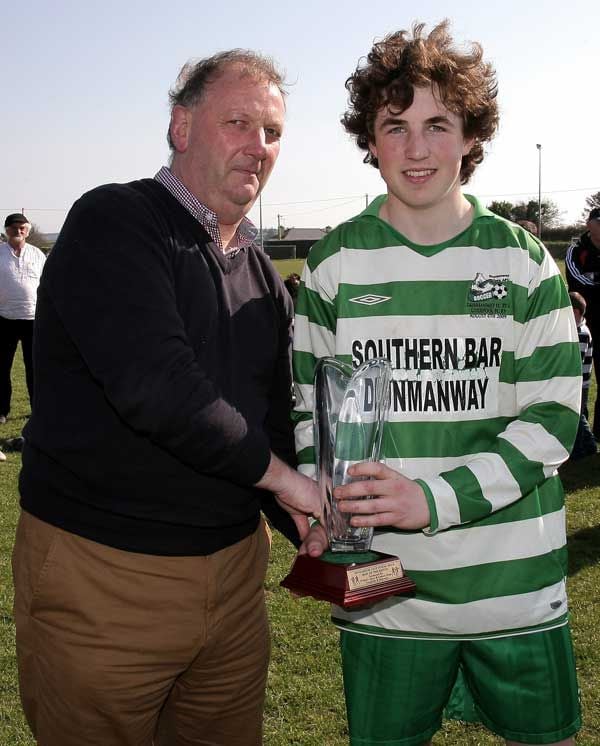 FOUR second-half goals inspired Dunmanway Town to a 4 – 2 victory in the mygaff.ie cup final against Crookstown in Drinagh on Sunday.

After the game was finely balanced 0 – 0 at half time, it burst into life in the second half. After Mark Quinn shot Dunmanway in front, goals from Mick Deasy and Andrew Kenneally saw Crookstown hit the front.

In a thrilling game, man-of-the-match Eoin Lavers levelled the game for Dunmanway before goals from Jerry McCarthy and Mark Quinn’s second saw the Dunmanway men win this cup for the first time in 11 years.

Don’t miss this week’s Southern Star for a full report plus reaction from this year’s mygaff.ie cup final.