DOHENYS football manager Declan O’Dwyer can’t wait for the new season. With the squad back training on the pitch, there is a freshness and buzz around the camp and that is something, he feels, was missing for a number of years. And he doesn’t need to be asked twice as to why he thinks that was.

‘You just can’t beat the feeling of winning games,’ he admits.

Despite an agonising 2021 Cork Senior A football championship semi-final defeat to St Michael’s after extra time at Páirc Uí Chaoimh, O’Dwyer is honest in his assessment of last year’s campaign.

‘Obviously it was disappointing to lose a county semi-final but looking back you’d have to say the year was a success as a whole. It has been a long time since the club won back-to-back championship games so it was nice to put a bit of a run together. There was concern after the defeat to Ballingeary in the first group game but we also knew we weren’t that bad,’ he says. 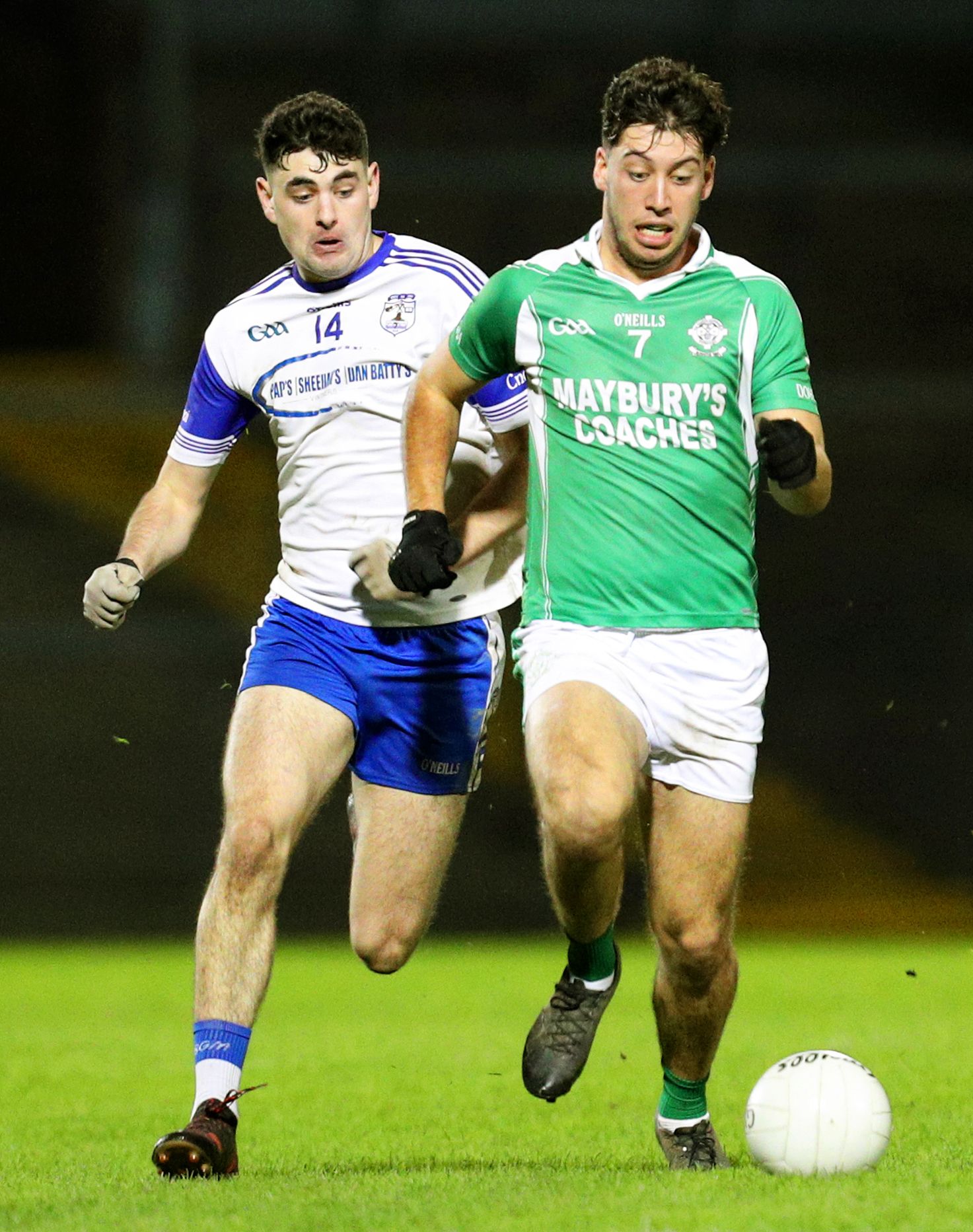 Knocknagree's Michael Mahoney and Dohenys' Cullan Barry in a battle for possession during their 2021 Cork SAFC semi-final.

So what is a realistic target for the Dunmanway club in 2022?

‘The aim has to be to try and get promoted in the league,’ he said. ‘We have nine league games to try and do that. With the new structuring of 2A and 2B, there is a big incentive to get to the final and go up.’

‘We will also be without Fionn (Herlihy) and Mark (Buckley) – both involved with the Cork seniors – which is something we wouldn’t be used to, so the intention as well is to strengthen the panel and get players more game time. Getting Eoin Lavers back fully fit would also be a huge boost for us.

‘I think we had 25 players who saw championship action last year and we used somewhere in the region of 34 players. However, not all of them would have seen huge game time so that is something we will need to try to work on,’ he explained.

‘The U21s (in the delayed 2020 Carbery U21 West Cork final) had a great victory over Castlehaven recently and a number of those players are already involved. But the aim is to try to get a few more involved throughout the league.’

Now in their second year at the helm, O’Dwyer feels that the management team will also have learnt a lot from last year as they look to build on that campaign.

‘If you look at it, we are a relatively inexperienced management group so it is good to get someone like Finny on board with us,’ O’Dwyer said. ‘He’s another voice and I’ve no doubt he will bring some good ideas to the table.

Robbie (Aherne) is staying on with us again which is great and Alison Hayes is looking after the S&C side of things.’

Building on last year is a priority and, according to O’Dwyer, there is no doubting that the experiences gained in that championship run will stand to them going forward.

‘We felt very confident ahead of the first group game against Ballingeary but for one reason or another, we just didn’t perform and we couldn’t explain why,’ he concedes. ‘We still can’t but hopefully we will learn from that campaign.’ 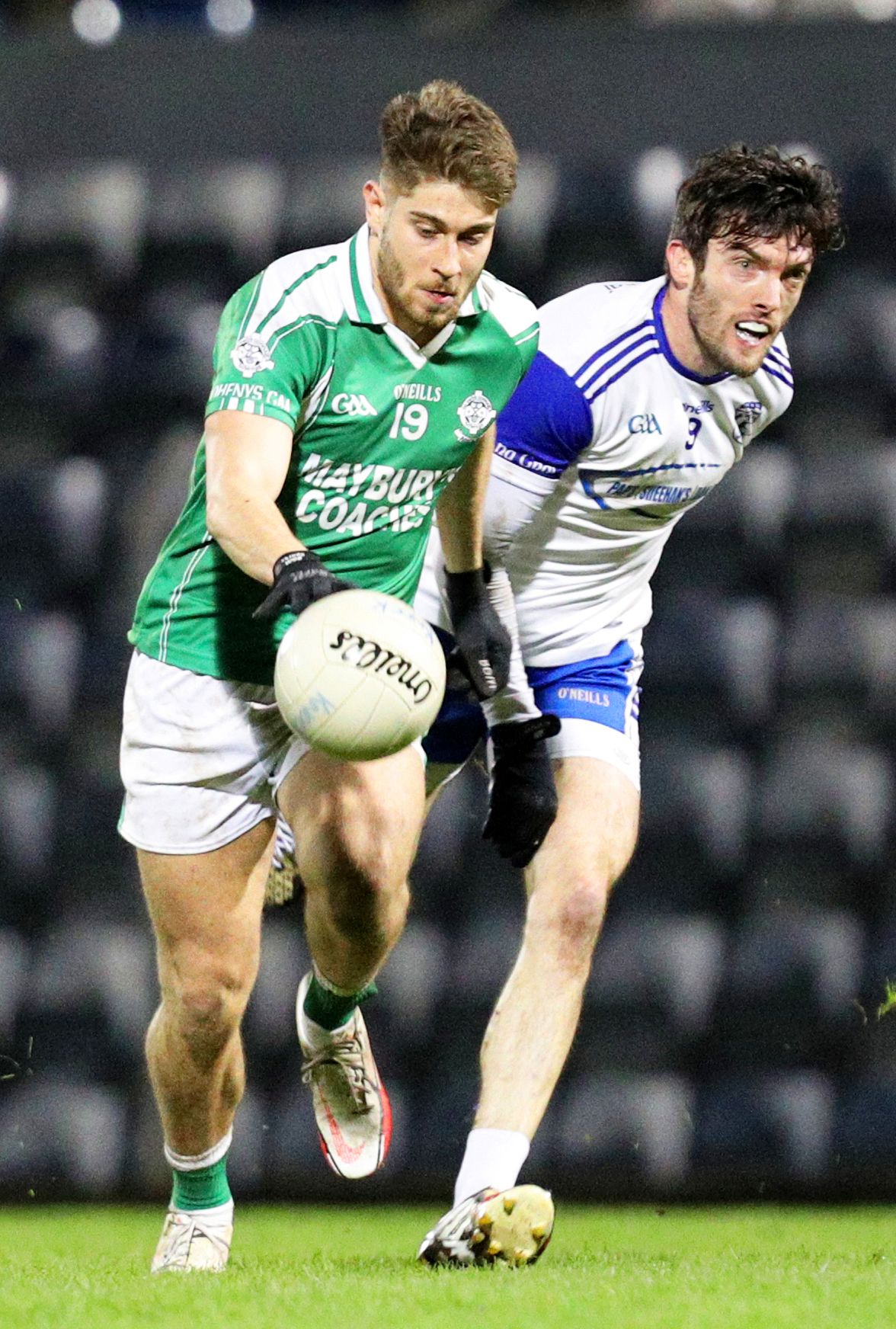 Dohenys' Rhys Coakley gets the better of Knocknagree's Donagh Moynihan during their 2021 SAFC clash.

To their credit they didn’t dwell on that opening round defeat and instead focused on the task of trying to progress to the knockout stages.

They accomplished this as group runners up following two hard-fought victories over West Cork rivals O’Donovan Rossa and Bandon.

An eight-point quarter-final victory over a tough Knocknagree outfit came at a cost. Current Cork senior panellist Fionn Herlihy suffered a season-ending injury in a game that also saw Mark Buckley hit 1-5 – performance that obviously caught the eyes of Keith Ricken and his management team. The semi-final defeat to St Michael’s was hard to take, he admits.

‘When Mark’s injury-time point went over it looked like that we might win it but in fairness to them, they responded. Extra time was tough and a goal was always going to be huge. Unfortunately they got it,’ O’Dwyer says.

‘I watched the county final and it was a good game. Mallow were very impressive and they looked like they were maybe a year or two more developed than us.

‘That has to be where we want to get to if we want to be successful.’