Carbery's Ruairí Deane drills the ball to the Avondhu's net for his side's first goal in the Cork PSFC divisions/colleges final at Coachford. (Photo: Paddy Feen)

BACK with the Carbery footballers this season Ruairi Deane is playing with a smile on his face – and the scores are following.

The Bantry Blues clubman has started all three of the division’s wins – against Imokily, Beara and Avondhu – and, much like the team itself, he is also building up a head of steam. Held scoreless against Imokily, he scored 1-7 on his home pitch in Bantry as Carbery defeated Beara, and he struck 1-4 in the convincing win against Avondhu that saw the West Cork team advance to the next stage of the colleges/divisions’ section.

The former Cork footballer is enjoying the chance to have fun on the football field.

‘The big thing is winning. After the first game (against Imokilly) there was huge relief. The team hadn’t won in a few years. After the second win, it was an element of there is something building here. The third win … there is a fierce sense of enjoyment to it all,’ Deane told this week’s Star Sport Podcast.

‘When you are in the bubble of inter-county football it’s not as enjoyable as people might think because it’s so serious and it’s so professional. Whereas when you are involved in a team like Carbery, there is a little bit of pressure but not much, so you can go out and express yourself and enjoy yourself.

‘The younger lads are brilliant at that whereas the older lads are a bit harsher on themselves. You need that nice balance, like we did that time when Alan O’Connor, Graham Canty, Owen Sexton and those lads were involved. You had that experience feeding into the team but you also had the fearlessness and energy of youth.’

This year’s Carbery senior football team, under manager Tim Buckley, has made winning a habit. Three wins in a row means they now rub shoulders with UCC, MTU and Duhallow in the next phase. UCC are next up in a semi-final in mid-August. One of this quartet will earn their place in the quarter-finals of the Cork Premier SFC. Just being in the conversation shows the turnaround in Carbery’s fortunes after a few years of bad results. 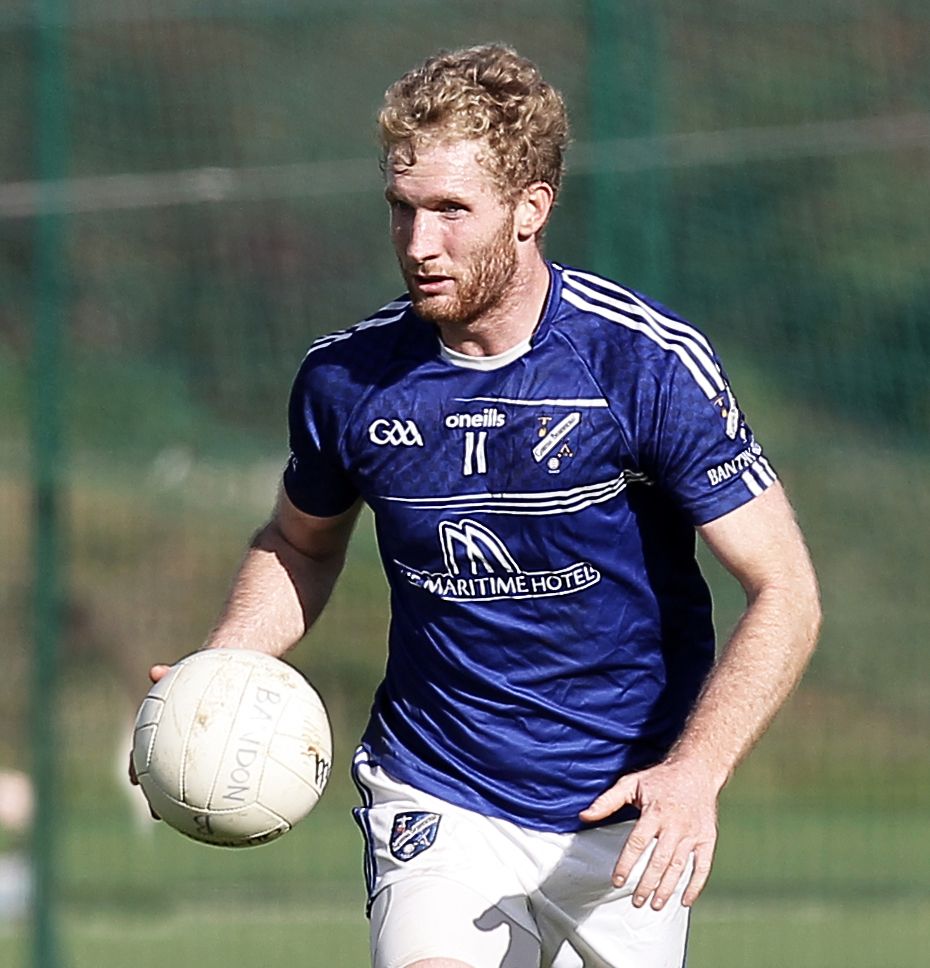 Ruairi Deane will line out with his club, Bantry Blues, in the upcoming Cork PIFC.

Deane, who had stepped back from Carbery duty in recent seasons, admits the pull of his division was one of the reasons he put his hand up for selection again this year. Not being involved with the county set-up also gave him more leeway compared to recent years.

‘I was talking to a couple of lads who have been involved with Carbery in the last few years when things weren’t going great. There is a huge appetite to play senior football in the division and get things going well again. I felt a bit of that,’ he explains.

‘I also played with the three O’Driscolls with Cork so there was rekindling that ... and also getting back playing at a high standard as well. We are going alright with Bantry, but we were relegated last season and were in a relegation battle the year before. Winning is a habit so if the Bantry lads involved in Carbery can bring that back, that will be a benefit.

‘You are playing with the best footballers in West Cork and getting to know some of the best up-and-coming footballers, like Paddy O’Driscoll and Sean Daly. They are a breadth of fresh air. They have this carefree attitude when they’re playing football and it’s lovely to see. The older you get, the more analytical you get and the more you analyse your performance and the harsher you probably are on yourself. It’s lovely to go out and just play football for what it is.’ 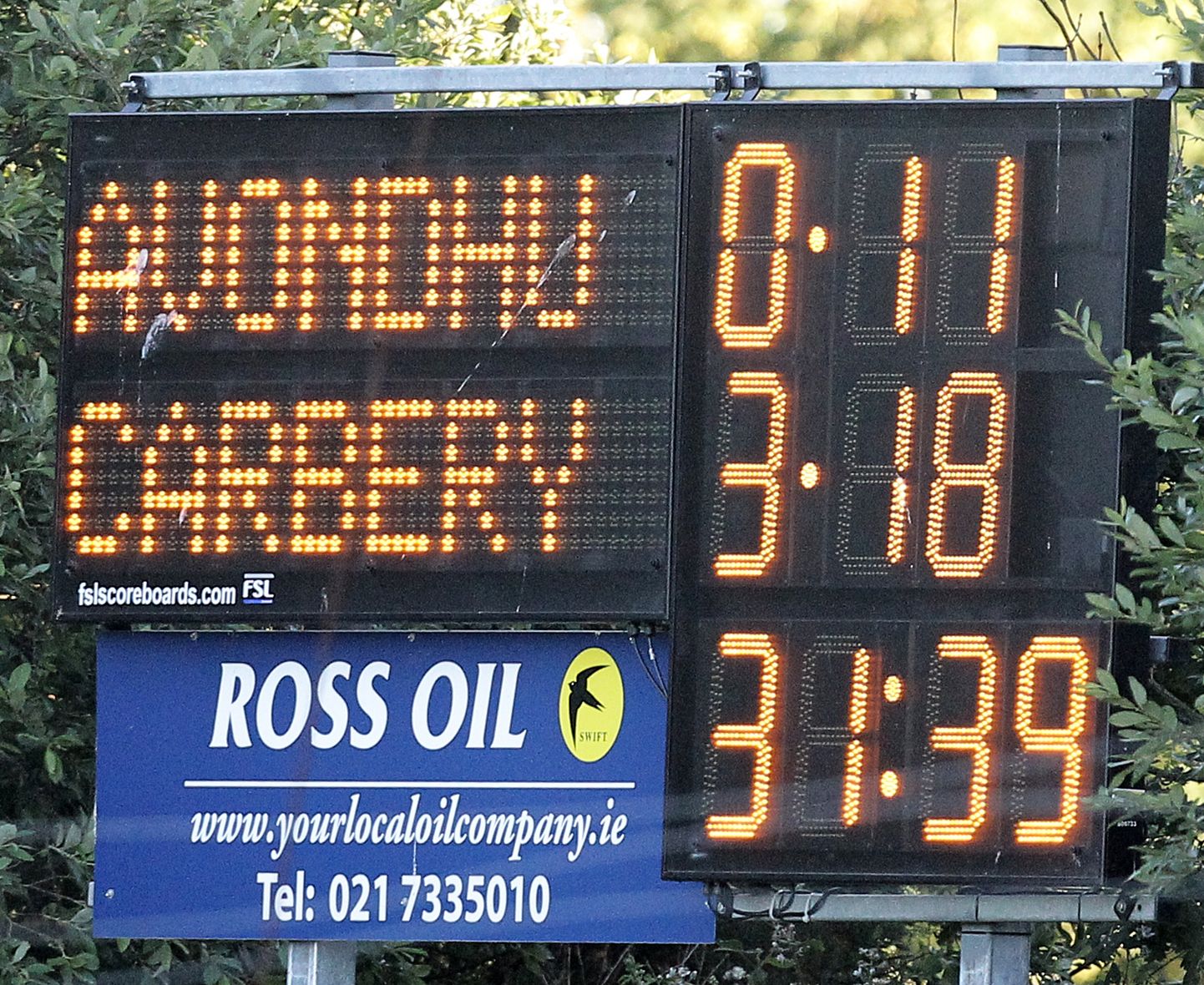 Whether it’s with his home club Bantry or with Carbery, Deane is urging players to enjoy playing football and to have fun. It’s become very competitive, even at club level – and he sees that even more since the curtains closed on his inter-county career.

‘At the end of the day we forget, as an organisaiton at the ground level, that we are amateur athletes. This is a recreational sport, albeit very competitive and we need to take a step back,’ he says. Deane’s enjoying his football this year. More so than in the previous seasons when he was involved at inter-county level. There’s the sense of enjoyment, too, from seeing this Carbery team progress from game to game. Their performance against Avondhu in the final of the unseeded section was the best so far.

‘We played good, attacking football for the most part, but we were defensively quite solid as well. Most teams struggle to find a balance with that but I felt that was a good element of our play,’ Deane says. ‘There is a huge amount to work on as well. As a division you don’t get to meet up that often. It’s about familiarity with each other. The big thing from the Avondhu game was how clinical we were. We went up at the start, they came back a little bit but we got the goal and never looked back. We didn’t let them within touching distance. The variety of scores was huge, it was a corner back and wingback who also scored goals, Ger (O’Callaghan) and Dylan (Scanell). Our way to mix from attack to defence while also being solid defensively is very good.’

Carbery will take a backseat for the next few weeks as the focus switches to the club championships, and Bantry – much like Carbery this season – will be eager to get back to winning ways in their Cork PIFC campaign. First up is Aghada this Saturday, July 23rd in Ovens. Then the West Cork derby with Castletownbere on August 13rd. After that, focus will switch back to the semi-finals of the colleges/divisions’ section,  UCC waiting, as Carbery looks to keep this train moving forward.

‘The more we get to play with each other and the longer this goes on, the better it is for football in Carbery – and that will impact clubs as well,’ adds Deane, who will hope to take his Carbery form back to Bantry in the weeks ahead.