Ballylickey’s Colin Cronin (13) finished 11th in the B final of the IAME X30 Juniors at the Warriors World IAME Kart Finals at the Adria Karting Raceway near Venice. (Photo: Marc Quinlivan)

BALLYLICKEY’S Colin Cronin (13) finished a creditable 11th in the B final of the IAME X30 Juniors at the Warriors World Finals at the Adria Karting Raceway near Venice recently in what was his first karting venture outside Ireland.

His older brother Robert (17) was 20th in the C final of the IAME X30 Juniors where he dropped down the classification due to a penalty for a technical issue.

The top performer from the ten Motorsport Ireland karters was Mogeely’s Daniel Kelleher (11), who took second place in the final of the IAME X30 Mini category.

Colin Cronin was one of around 110 competitors in the IAME X30 Juniors and the initial ambition was to get within one second a lap of the top competitors, many of whom changed tyres for nearly every practice session; karters were only allowed two sets of tyres for the finals.

Qualifying was the all-important factor and the Ballylickey teenager dropped down the order after he was penalised a few times for a ‘dropped bumper’ – where the front faring of the kart is damaged after contact with another competitor whether or not the karter is directly responsible or not. Colin’s times were within one and two tenths of a second of the top performers. Indeed, he was unlucky not to have secured one of the 34 places on the grid for the A final. 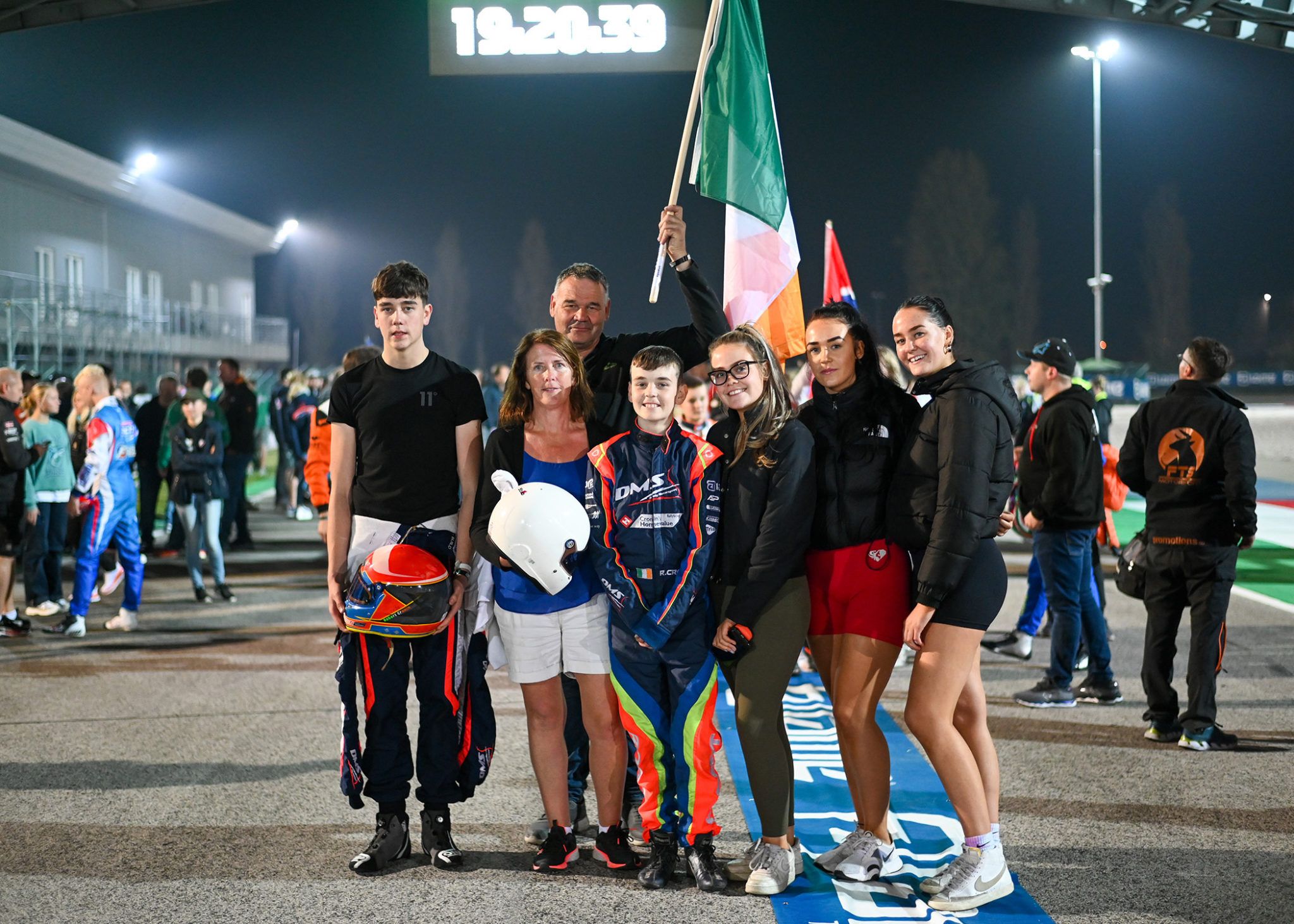 The event was also a beneficial outing for Robert and his times were also very close to the top karters. In his final he suffered a five-second penalty for a damaged front faring. When tenths, and indeed hundredths, of a second are what it’s all about, a five-second penalty has huge consequences in securing a top position.

The Cronin duo were run by British-based Fusion Motorsport with input from Kieran Daly of DMS, who oversaw their Irish karting adventures. Kieran (Daly) analysed the data and explained to both Colin and Robert of where they could improve.

‘Both Robert and Colin went out with the attitude to improve and that was perfect and I think they achieved their aim,’ Daly said. He added: ‘Yes, I helped with their racing, their speed was good, it’s just that they weren’t accustomed to that number of karts. They exceeded my expectations and the results didn’t reflect the speed they have. Again the penalties cost them places and it wasn’t their fault, it was just that accidents were happening around where they were and they couldn’t avoid making contact. Running with the Fusion Motorsport team allowed us more access to data and that is crucial. I think this will bring them on hugely, they know now that they are capable of stepping up to the next level.’