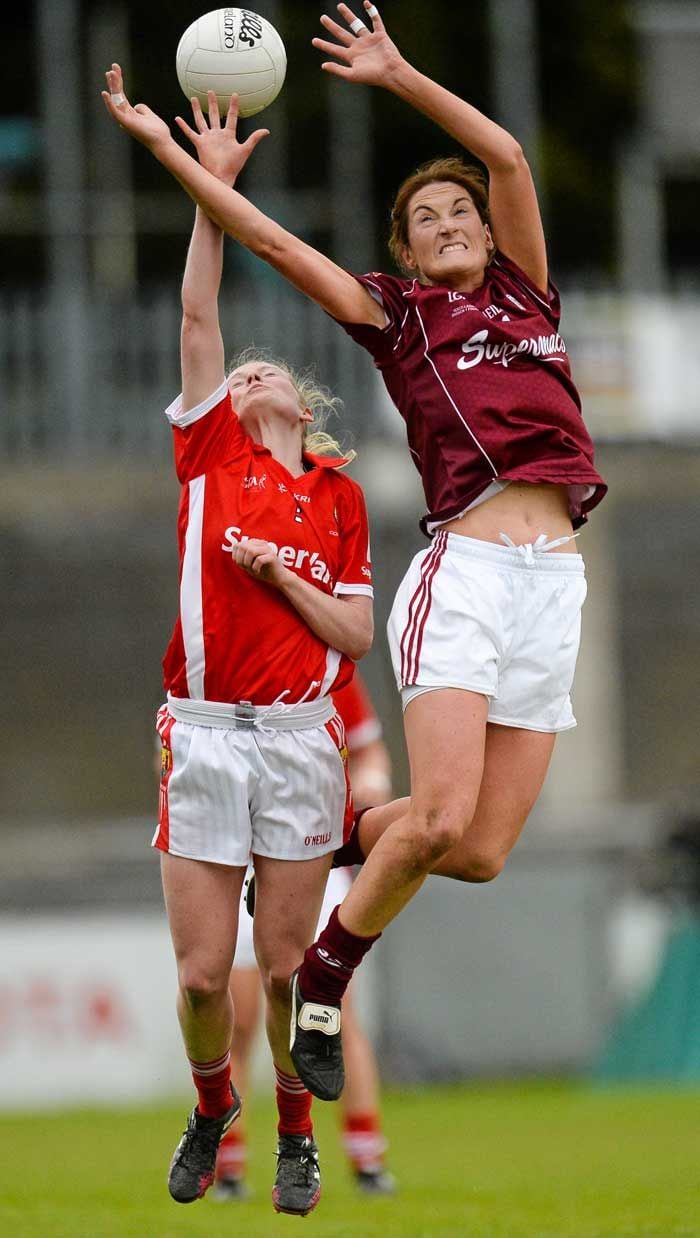 CORK and Galway have both named unchanged starting teams for their Tesco NFL Division 1 final replay on Saturday in O’Moore Park, Portlaoise at 7.30pm.

The two sides played out an entertaining draw at Parnell Park last weekend, which finished 3-8 to 1-14 with Galway’s Lorna Joyce scoring the equalising point.

Cork boss Eamonn Ryan has resisted the urge to make changes with his starting line-up despite the impact of some of his substitutes in the drawn match.

Roisín Phelan will again take on the task of marking Tracey Leonard where she will be supported by Brid Stack. Cork’s strong half-back line of Foley, O’Sullivan and O’Flynn will hope for an improved performance against Galway where, unusually, they failed to register a score of their own.

Experience and drive will be supplied by Rena Buckley and Briege Corkery from the centre of the field, whichever county achieves dominance in this area should go on to claim the victory.

Ciara O’Sullivan is the team captain and was one of the top performers last week scoring a vital goal to get Cork back into the game, Annie Walsh lines up on the opposite wing where her hard work is vital to the team but there is no doubt that the main scoring threat for Cork is carried by Valerie Mulcahy who lines out at full forward having scored 1-5 in the drawn match.

Goalscorer Rhona Ní Bhuchalla must be content with a place on the bench alongside Eimear Scally who made a huge impact when introduced in Parnell Park.

Also, Kevin Reidy has kept the faith with the starting 15 who performed so well against Cork last weekend.

Cork are in the unusual position of having to go to a replay after drawing a final, usually, when the finish line is in sight they find a way. However, on this occasion they found a team that was a match for them in Galway.

Galway seemed to be on their way to victory when Annette Clarke stepped up to strike a penalty but her spot kick sailed wide of the post, Cork countered and the ball was in the Galway net.

Usually, this type of turnaround means that the cup has Cork’s name on it already but on this occasion Galway rallied and came back to earn the replay refusing to go the way of so many other challengers.

In general replays tend to go the way of the favourites but these two teams are so finely balanced that nothing is decided yet.

There are a few key battles that will decide the destination of the title, Emer Flaherty will again mark Valerie Mulcahy where she must limit the affectiveness of the ace attacker.

Dominance in midfield will be the key decider of this final and these are two of the best midfield partnerships in the game, Buckley and Corkery versus Clarke and Conneally is a battle to savour.

Geraldine O’Flynn is a great player but she was given plenty to think about against young Louise Ward last week whilst Sinead Burke and Ciara O'Sullivan had a great battle on the other side of the field.

Roisín Phelan has established herself as one of the best emerging defenders in the game but she had a tough time last week when faced with Tracey Leonard, Phelan will want to limit the impact of Leonard this weekend knowing that if she does it will be a huge boost to Cork’s chances of three in a row.