Cork captain Linda Collins led the Rebels on the pre-match parade ahead of the recent All-Ireland senior final against Galway. (Photo: James Crombie/INPHO)

LIFE has felt like a roller-coaster moving at 100 miles per hour for Linda Collins over the past couple of weeks.

The Cork senior camogie captain had to come to terms with missing out on a starting berth in this year’s All-Ireland final before having to spend time consoling her team-mates after a gut-wrenching 1-15 to 1-12 loss to Galway.

As ever, the Courcey Rovers attacker took everything in her stride and was prepared to perform to the best of her ability in whatever role Cork boss Paudie Murray assigned. Unfortunately for Collins, the role was that of a substitute following the eleventh-hour disciplinary hearing that cleared Orla Cronin to play the night before the All-Ireland final.

‘I felt we really put it up to them and stuck with them for long periods of time but Galway had that experience of playing in an All-Ireland final, knowing when to push on and credit to them for winning the way they did.

‘When Katrina Mackey got that goal, we kind of sat back a small bit and that was the chance to push on. Obviously, it is a hard one to take when you get that close.’

Enniskeane ace Orla Cronin dominated the headlines in the build-up to the 2021 All-Ireland camogie decider having received a red card in the semi-final defeat of Kilkenny. Cork’s successful late-night appeal on the eve of the final cleared their talismanic forward to play at Croke Park but that meant another player would have to miss out. 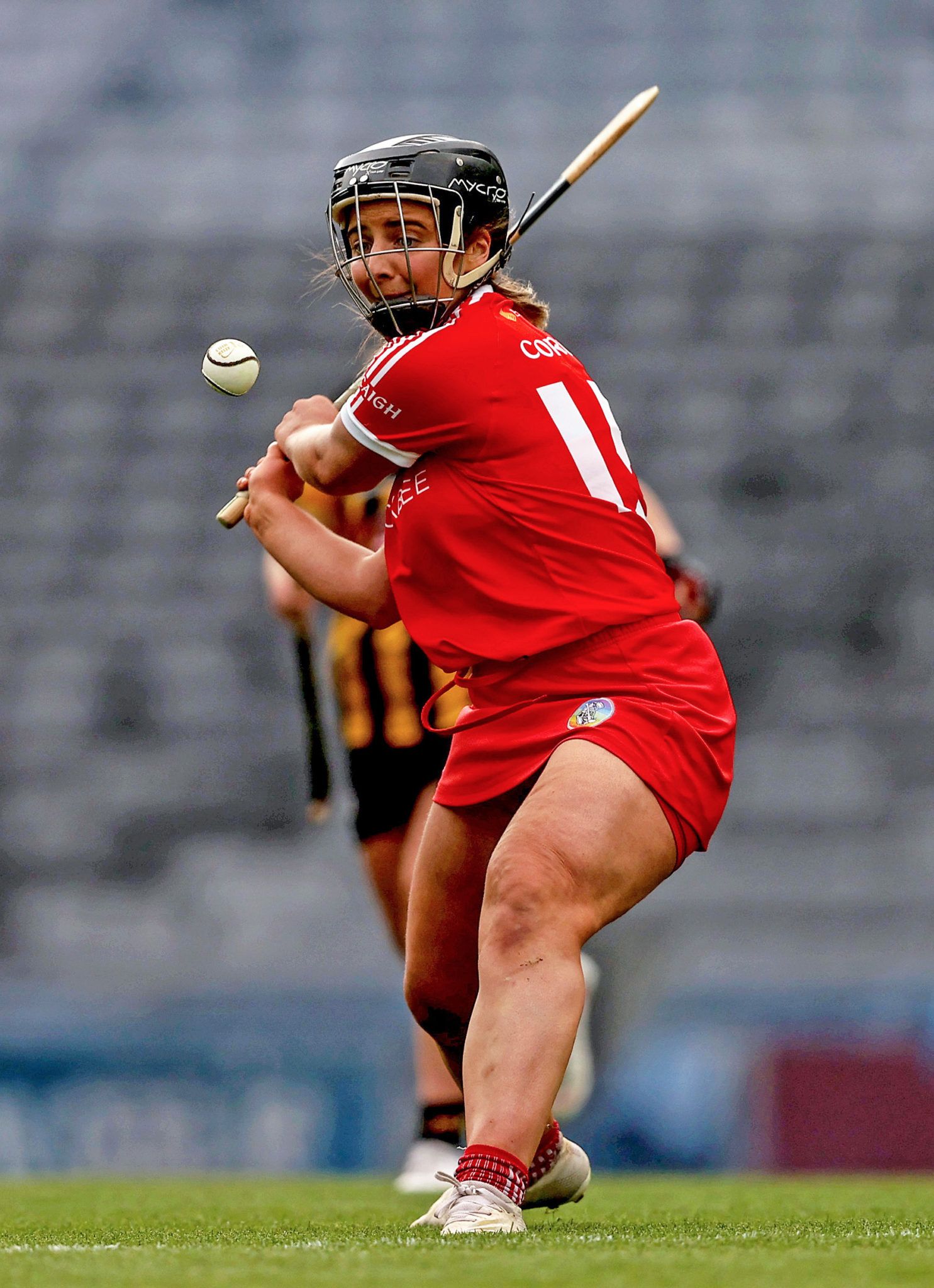 Linda Collins scored the winning point for Cork in the All-Ireland semi-final against Kilkenny.

So, when did Collins find out that she wouldn’t be starting the most important game of her inter-county career? On top of that, how hard was it to accept the decision having been dropped only to come off the bench and score the winning point in Cork’s All-Ireland semi-final victory?

‘Management were trying out different people in different positions instead of Orla during the week of the All-Ireland,’ Collins explains.

‘They had used me as an impact sub before so I kind of knew all week, not that anyone had said it, I kind of felt myself that they (management) were probably going to use me in that impact substitute role once again.

‘To be honest, it was Saturday when I was actually officially told I wasn’t starting but Cliona Healy had been going really well in training as well. So, I felt myself that if Orla wasn’t able to play it could have been Cliona that called up.

‘Having said that, everyone had faith that Orla was going to make it. I wouldn’t have changed anything from the semi-final (team) as it worked so well. I was kind of thinking it made sense to keep things the same. That was how it happened.’

Considering everything that had gone on beforehand, Orla Cronin’s All-Ireland final performance, in which the forward contributed 0-6, told you everything you needed to know about the Enniskeane player’s steely determination.

Cronin’s efforts did not surprise the player she replaced in Cork’s starting line-up.

‘No, I wasn’t surprised as Orla had remained so positive all week,’ Collins says.

‘Anytime I met up with her to make sure she was doing okay.  She kept asking how I was! I had to keep telling her “Orla you are the one going through all of this”. She was so positive all week, it never got her down or anything. She was great. It was just a pity that she missed out on training during the week.

‘She wasn’t able to train with us, which was a bit of a disaster but look, she put in a serious performance after only finding out between 11.30pm and midnight the night before that she was going to play in an All-Ireland final. Fair play to Orla for producing the performance that she did.’ 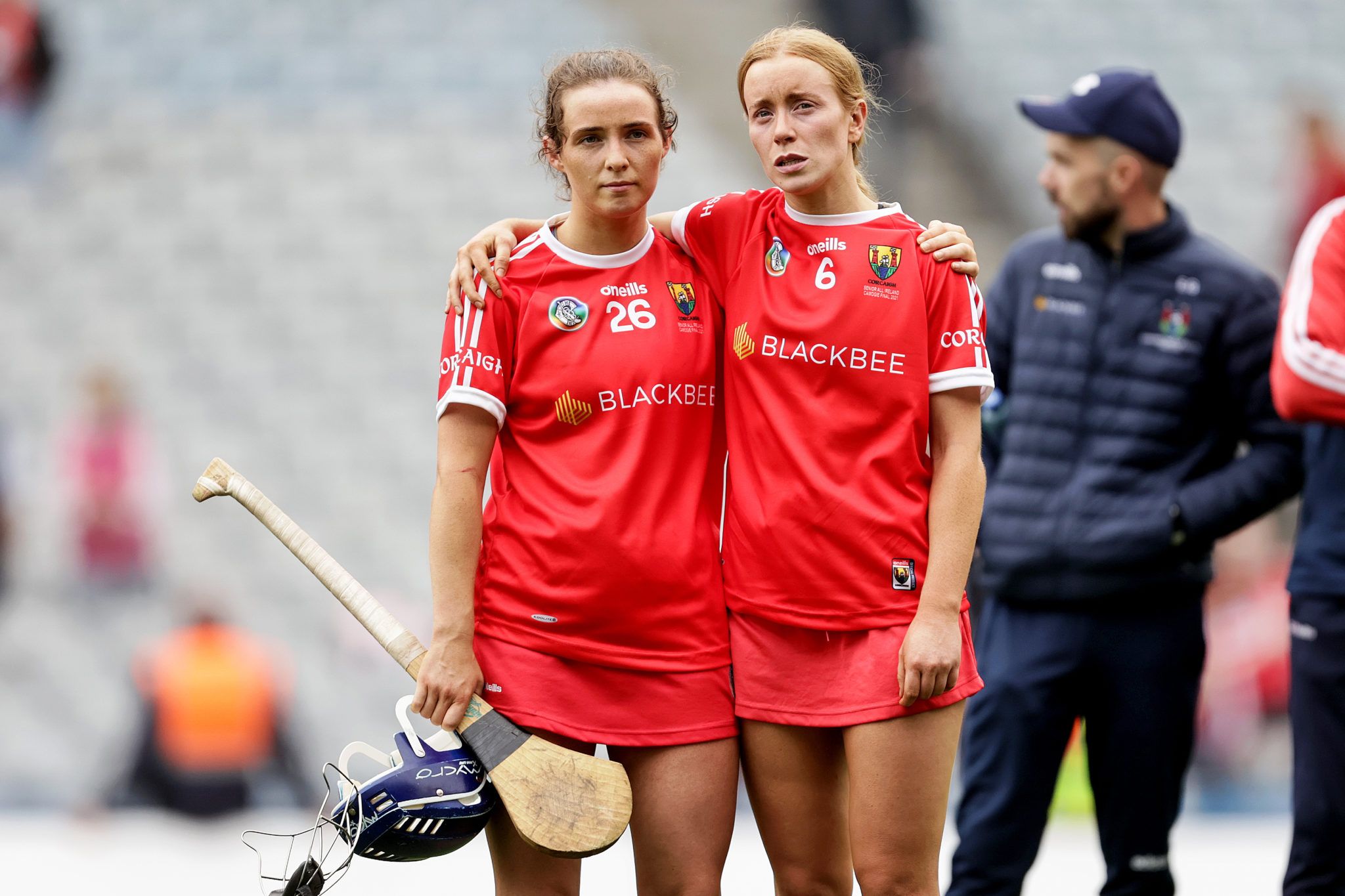 One of the most poignant sights on All-Ireland final day in Croke Park was 16 Cork senior players walking behind the Artane Band and alongside their Galway counterparts prior to throw-in. Collins may not have started the All-Ireland decider but it was fitting that both she and Orla Cronin were part of the ensemble that enjoyed the traditional pre-match parade. Leading the Cork team around the pitch as the county’s captain was important and a nice touch for a player who garners huge respect both inside and outside the senior camogie squad's dressing room.

‘Matthew Twomey (Cork coach) came up to me beforehand and said “Linda, you know that you are allowed walk in the parade?”’ Collins explains.

‘It is part of being captain but, to be honest, I didn’t even think about it. You are so focussed on the match that you forget about all the other things that come with it. It was Matthew who told me about the parade just before the game.

‘It was a nice touch and a serious honour for my family and my club. It should be a thing that (is allowed) if the captain isn’t playing. As I said, nobody is guaranteed a position on the team so I do think it should be a thing (that the captain walks with the team in the parade even if not starting). I don’t know if I’m the first ever?’

Naturally, the Cork dressing room was a sombre place shortly after the All-Ireland final concluded. It is never easy losing in Croke Park but this defeat stung and will continue to ting for some time.

Despite still struggling to come to terms with losing to Galway, Collins showed why she remains a potent threat at club level. Defending Cork senior camogie county champions Courcey Rovers defeated Ballincollig 4-14 to 1-8 last weekend in their first outing. Collins racked up 3-5, so was that a timely reminder to any doubters about the Cork captain’s ability?

‘To be honest, we are still not over the All-Ireland and still in a bit of shock,’ Collins says.

‘I feel everyone’s emotions are still high. There is a sense of emptiness because you give so much to it. Your whole life is camogie and you leave no stone unturned (in trying to win an All-Ireland). I don’t think any of us will be over it for a while.

‘It’s a few weeks later and you are still thinking about it, how did we let it slip? You are questioning everything but look, such is life. We did our best and you have to keep reminding yourself of that. The bond between the Cork panel this year was unreal. Everybody knew each other and enjoyed spending time with each other.

‘As for the Courcey’s game, I felt after the disappointment of losing to Galway, all I wanted to do was go out and play camogie. I love playing with my club. My team mates know exactly where we are going to be on the pitch having played together for so many years. I don’t know where the 3-5 came from as I was wrecked from the week! It was great though and I love being back playing for my club again.’