U14 champion Cillian Twohig pictured with family and supporters after his victory at Togher Cross.

The 2020 boys’ U14 final at Togher Cross was an exciting battle. Cillian Twohig from Rossmore is the champion after his last-shot victory over a very game Liam Murphy from Ballyvourney.

After a cagey start Twohig went close to a bowl up after seven before Murphy narrowed the gap and looked like levelling, only for that vital element of luck to desert him in the shots to the ‘cross’. Although he led at all points, Cillian had his mettle tested in no uncertain terms after his Gaeltacht rival, from 30 metres behind, hit a super second last away from ‘Hurley’s bend’. Twohig tracked his reply to perfection and held his narrow lead for the last shots.

Murphy came again with a good throw short of the finish mark, but the Rossmore boy closed it out with another perfectly-lined delivery and the county cup was his with a trip to Newtownhamilton in the offing for an All-Ireland decider with Ulster champion Ciarán Corrigan. James O’Driscoll, Ból Chumann, was at hand to congratulate both finalists and present prizes.

At Ballyvourney, Tom O’Sullivan, U14 winner in 2019, and Patrick O’Donnell from the North East division had a superb set-to in the U16 final. Both boys hit the high spots from the off as O’Sullivan shaded the tips in three big shots to ‘wall’. O’Donnell went ahead by 50 metres after seven, but O’Sullivan stormed back to take the victory in the last shot, both players beating the line in 11 excellent shots. James O’Driscoll presented the Timmie Delaney Cup to the new champion who will vie with Ulster’s Phillip Conlon for the All-Ireland crown at Ballyvourney. 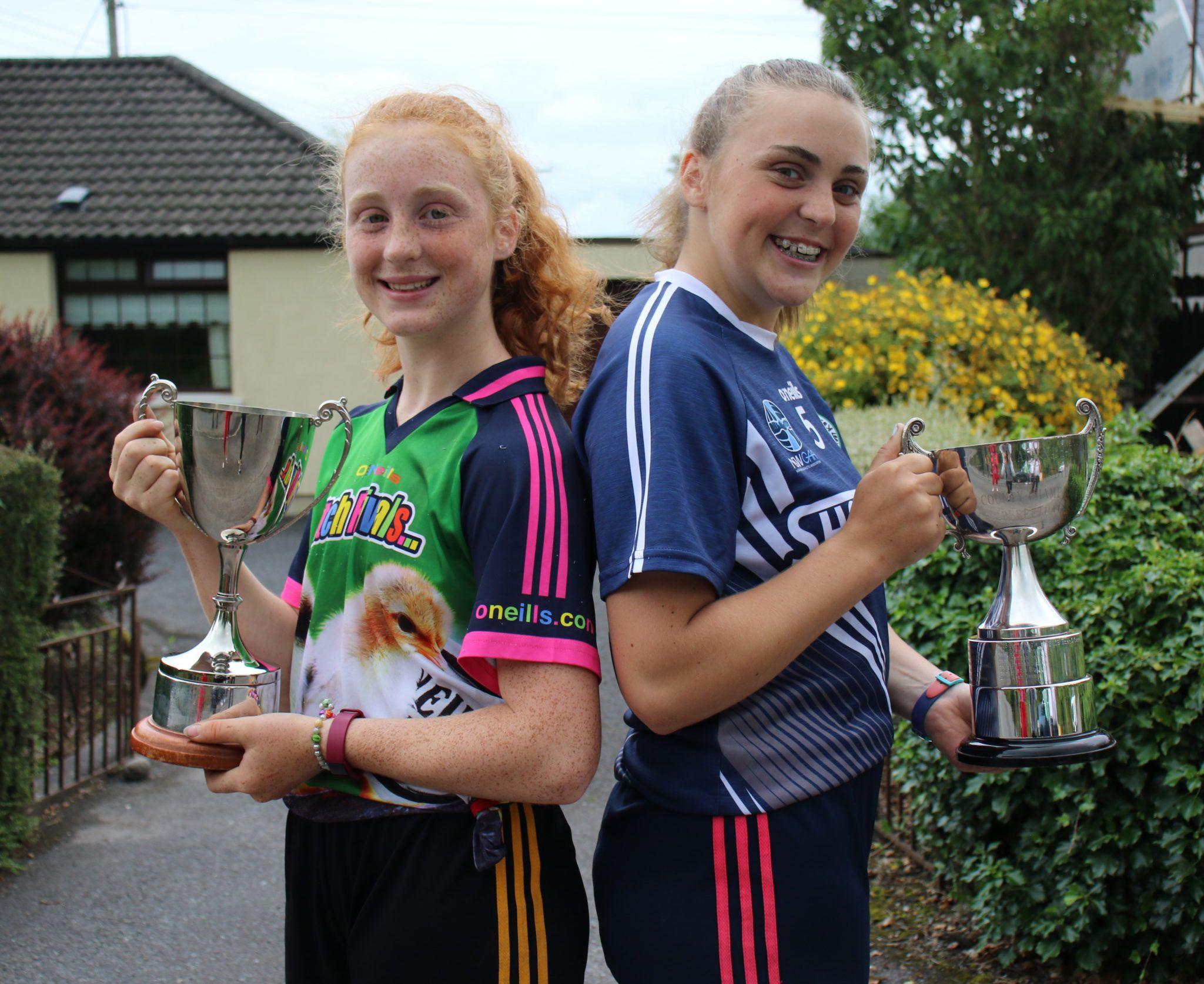 The Sexton sisters from Timoleague, Laura and Ellen, were crowned U12 and U14 winners at Crookstown.

Two more 2020 underage titles went to the Sexton household after successes in the U14 and U12 deciders. Ellen is dual champion, adding U14 to her U16 win. At Crookstown the 2020 finals were played out with Ellen’s contest against North Cork’s fine champion Rihanna Collins from Millstreet opening proceedings.

The Timoleague girl took an early lead of a bowl after five before Rihanna hit two super shots to the ‘Castle entrance’, reducing the margin to 40 metres. In a competitive closing quarter little separated them, but, on the rise towards the finish, Ellen took control again and won by the bowl.

Younger sister Laura was then into the fray against Ballyvourney exponent Kayla Healy who represented the Gaeltacht division. It was Kayla who made the better start, rising 50 metres with three big opening shots. Laura stayed in touch and eventually led for the first time with her eighth and she finished strongly too to win by the bowl.

Hannah, who mixes bowling with her other sporting passion, camogie, can add more honours to the Sexton catalogue when she takes on Chloe Desmond (Mid Cork) in the U18 final and is also closing on an intermediate crown. There is a bit to go in this competition as a semi-final joust with Julianne Hayes is first up with the winner meeting the in-form Ciara Buckley in the final.