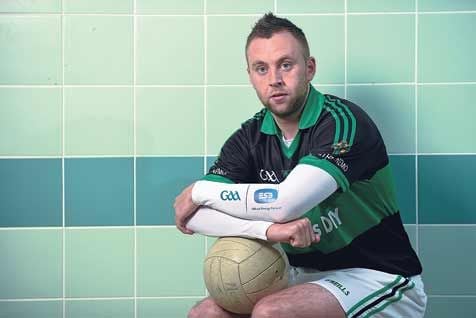 EXPERIENCED attacker Paul Kerrigan is convinced that the Cork footballers are in a better place heading into the championship than they were this time last year.

While the Rebels were soundly thrashed by Dublin in the league final, the Nemo Rangers man is adamant that the defeat won’t be as damaging to the team’s morale as was the case following their dramatic collapse in the second half of the league semi clash with the Dubs in 2014.

‘The loss to Dublin last year definitely affected our season as it wore on, but it was essentially a learning curve for a new team and a new management,’ Kerrigan said.

‘It was certainly a setback, but people still rated us very highly based on our impressive league form in the lead-up to the semi-final, and on the way we performed for the best part of 40 minutes in that game.

‘We were being built up as potential All-Ireland champions, which put a lot of pressure on a young team, and it must have been sweet music to Kerry’s ears ahead of the Munster final.

‘They hadn’t qualified for the league semi-finals, so they were under the radar for an awful long time, and we were probably caught unawares by the game-plan they adopted on the day.

‘It’s going to be different this year, because, if we are lucky enough to get over Clare on Sunday, I think we’ll be going in as underdogs in every game we play after that. I feel it’s something that will suit us,’ he remarked.

Kerrigan agrees that Dublin and Kerry are entitled to be ranked a bit ahead of the chasing pack at the moment, but he contends that Cork are capable of beating anyone on a given day.

‘I know Kerry beat us comprehensively in the Munster final last year, and Dublin did so as well in the league final recently, but I still believe we have a team good enough to catch either of them on our best form,’ the Nemo ace said.

‘After what happened in the league semi-final in 2014, we were determined not to allow our confidence to be affected regardless of how we fared out in the competition this year.

‘Our attitude was that once the league was over, it was done and dusted, and that we would be starting with a clean sheet going into the championship.

‘Obviously, we would have liked to have given a better account of ourselves in the final, but there was a lot of positives to be taken from the campaign overall.

‘Someone said to me after the Dublin game that if we had lost the semi-final against Donegal by a point or two, it would have been viewed as a very encouraging league from our point of view – that’s the way we are looking at it now.

‘What the Dublin game did show is that we still have deficiencies, but we have spent the past month working on them, and hopefully it will stand to us going forward.’

Kerrigan, who made his championship debut in 2008, says it will be a case of taking it one step at a time, starting with the game against Clare, which he suggests could be a potential banana-skin for Cork.

‘I have been around long enough to know we are not in a position to underestimate anyone, and Clare have been threatening to claim a big scalp for quite a while now,’ Kerrigan said.

‘They were seven points up at half time in the Munster semi-final against Kerry last year, they ran Kildare very close as well in the qualifiers, and, sooner or later, they are going to bring down one of the big teams.

‘It’s up to us to ensure it won’t happen at our expense, but Clare, with my own clubmate Ephie Fitgerald involved, are bound to be well-prepared, they will come down to Páirc Uí Rinn with nothing to lose, and we fully expect them to have a right go at us.’