CARTHACH Keane is a busy man right now. Last weekend he scored 1-1 as Newcestown senior hurlers beat Cloyne to move into top spot in Group C of the Cork SAHC. This week, his focus is on football – and a super Sunday, on and off the field.

In Clonakilty at 2pm on Sunday Keane will be in action with the Newcestown footballers in their must-win Premier SFC clash with Carbery Rangers. As soon as that derby is over, it’s a short ten-minute dash west to Rosscarbery as he is coach of the Tadhg MacCarthaigh team that takes on champions Kilmacabea in a huge Carbery JAFC battle, throw-in there at 5.15pm.

‘We had a similar situation last year when Tadhg MacCarthaigh played Kilmeen in the first round in Carbery and then we had to go straight to Dunmanway to play Ilen Rovers in the senior football championship. It’s fine, it is what it is and we will be prepared,’ Keane told this week’s Star Sport Podcast.

First, to the Newcestown hurlers. They have three points from two games and top their group with one match, against Killeagh, to come. The Carbery men turned on the afterburners in the second half to roast Cloyne 2-24 to 1-9, but Keane stresses there is work to do.

‘It was a poor first-half performance but we upped it at half time. We got a lot of scores early in the second half and that settled us, and it was a case of building the scores after that because scoring matters in the group stages,’ Keane explains.

‘Even with the win we are still not qualified and we still have work to do, even though it was a good win and a big win against a traditional powerhouse. We need to keep grounded because we have a big game against Killeagh. We are after two good results up to now but it could all go against us if we don’t get a good result against Killeagh.’

Life as a dual senior club means juggling both codes and this week football takes centre stage ahead of the game with Carbery Rangers this Sunday. Both Newcestown and Ross lost their opening group games, to Castlehaven and Éire Óg respectively, so they both need a win this Sunday to keep their hopes of the knock-out stages alive. Also, another loss suddenly starts relegation battle conversations. 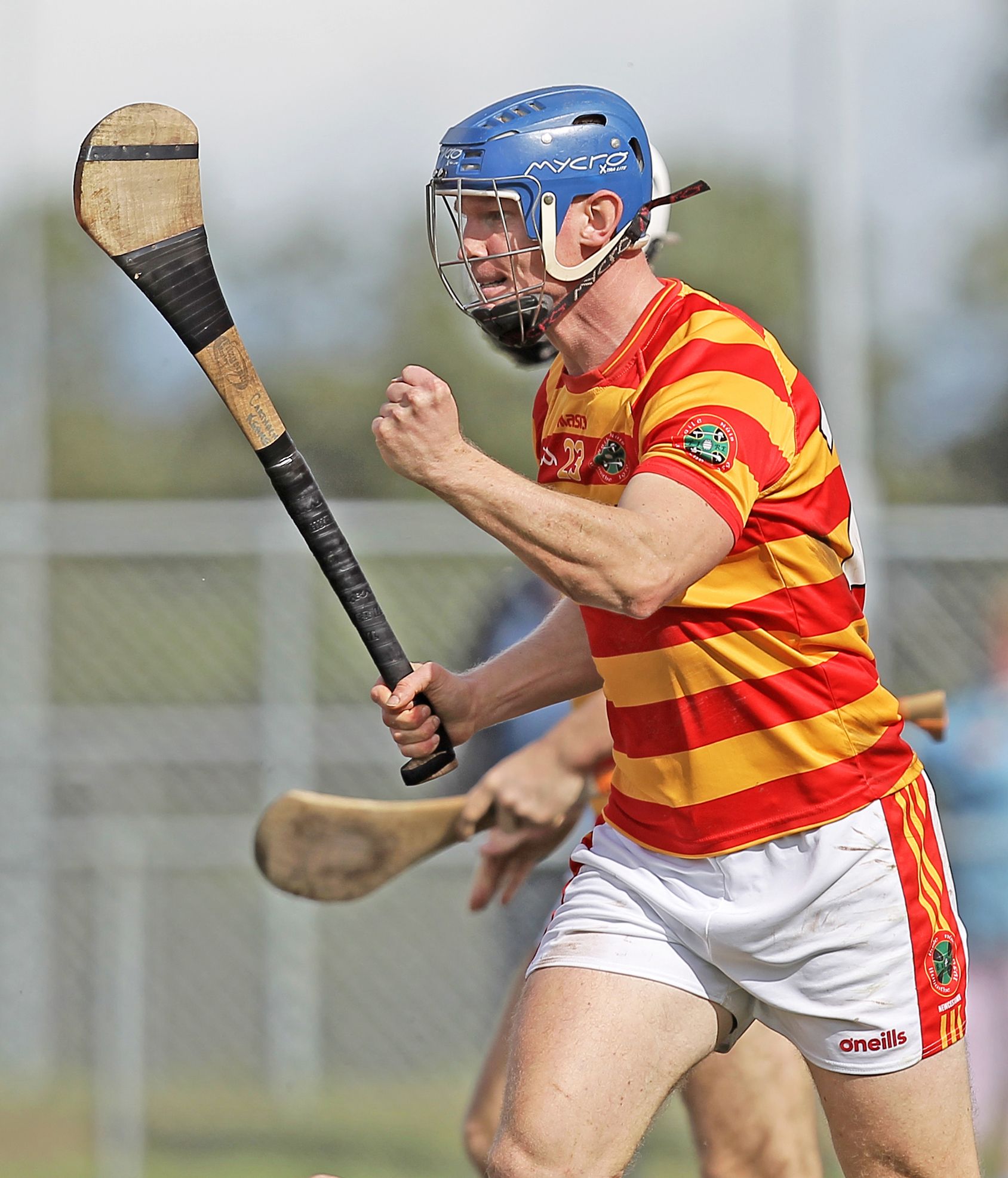 Newcestown's Carthach Keane celebrates after scoring his side's first goal against Cloyne in the Co-op Superstores SAHC round two at Ballyanley last Sunday.

‘It’s essentially knock-out because if you lose, you are gone,’ Keane points out.

‘In the hurling we are top of the table, in a good place and we have a lot of the hard work done, but we are a step behind in the football. Even a win for either team on Sunday doesn’t mean we progress any further, we still have to go out and win the next day. It’s a massive game and a result is vital.’

Keane feels Newcestown left themselves down in their 2-12 to 1-10 loss to Castlehaven. They need to make up for that, he says, starting on Sunday. Last year Newcestown beat Rangers in the group stage and they need to repeat that result this Sunday. Once that box is ticked Keane will don his coach’s bib for Tadhg MacCarthaigh’s big Carbery JAFC game with Kilmacabea. These two are annual title contenders with Kilmacabea the reigning kingpins as they bid for three in a row – so Keane and Caheragh know the challenge ahead.

‘It’s a massive game and it’s exciting for both clubs,’ he says.

‘Kilmacabea and Tadhg MacCarthaigh have a big rivalry but it’s a healthy rivalry and it improves standards in both clubs. When one club is going well the other feels it has to step up to keep up with the neighbours. It’s a healthy rivalry, it has definitely added an extra pep to our training, there is an added excitement in the club.