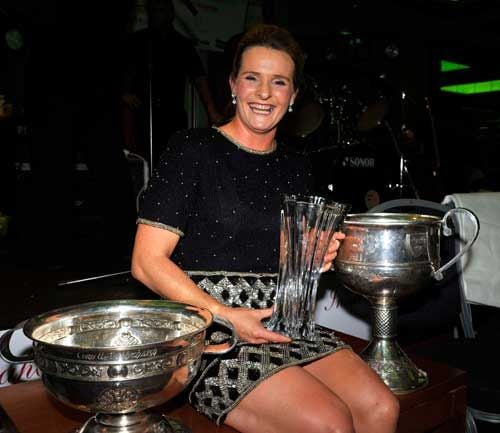 Dual star Corkery, who won All-Ireland senior titles in both football and camogie last year, received a standing ovation as she was named the winner of the award at the black tie event in the Oriel House Hotel, Ballincollig.

It capped a fantastic season for Corkery as she was recognised by her own division for her fabulous feats in 2014.