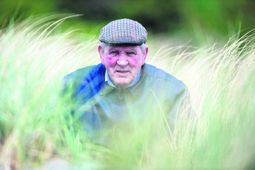 DUBLIN-BASED driver Billy Roche stole the headlines when he recorded a treble on the opening fixture of the ITHRF summer racing season at the splendid Inchydoney Beach races on Sunday.

Roche, one of the leading drivers on the Irish circuit, kicked off his three winners aboard Celtic Panda, a fantastically coloured Skewbald who is owned and trained by Craig Cullen, also from north county Dublin.

This son of Dreamwork led from the start and never looked in danger of defeat. Connections have targeted the Painted Mile in June, a coloured-only race in Portmarnock for this five-year-old.

The Le Trot Prix De Wild Atlantic Way for French trotters saw seven French imports face the starter over one and a half miles of the sand. Roche pounced late on Rital Brio to win by three lengths.

The winner was sent to the front from a gate draw and held off the late challenge of race favourite Maximus Lad with Ringo Star running on to take third.

In the Grade F race, Saunders Picasso, with Mike Goggin Jnr in the seat, played his cards late, allowing Hillside Dartanian and Scorpion scrap it out at the front before overtaking the leaders close home. Further wins are on the way for this five-year-old son of Play With A Full Deck.

Pan Cam Drift looks another with a bright future. Lightly campaigned by owners in her three-year-old season – not fully developed according to connections – she picked off her rivals with consummate ease and is one to watch for one of the big handicaps later in the summer.

IB Rapido, with Seamus Quill in the bike, was another to win in smart fashion, taking over from early leader Tim’s Surprise and winning from the unlucky Lyons Stallone who didn’t get out of the traffic until late.

The ITHRF season depends on all grass venues, which are all working farms in the area.

A delay in the harvest of the Lisangle venue has meant a change in dates and venues so the next meetings will be as follows: Sunday, May 31st, Dunmanway; Sunday, June 7th, Clonakilty Show; Sunday, June 14th, Lisangle.