The Bandon Grammar School team that competed in the 2019 Munster Schools' Senior Cup.

SCHOOLS rugby can be something of an immersive off-field experience as well as an on-field spectacle.

While the stars of the future show their wares, they are backed by ad hoc choirs, bedecked in colourful regalia, belting out tunes of varying quality.

When Bandon Grammar School met Midleton College in a Munster Schools’ Senior Cup qualifier on Wednesday, January 12th, 2011, it was a small, intimate affair, with the attendance at Bandon RFC’s Old Chapel grounds limited to a few family members of players.

A week later, ‘the Grammar’ were again at home, this time in the first round of the competition proper. Tipperary’s Rockwell College, beaten finalists the previous two years, were the visitors and their fans brought the noise off the pitch while their players eased through the gears, seeing Bandon off on a 31-0 scoreline. Rockwell would go on to win the competition. They would do so again in 2012, a year Bandon lost the qualifier to Midleton. Such was their lot – in some years and not others, watching on as the big boys progressed.

And yet, by 2019, Bandon were in a second consecutive semi-final on merit, losing by a point to Cork city powerhouse Presentation Brothers College, who needed a converted try in the last minute to see off the upstarts.

Reports of rugby matches played by Bandon Grammar School exist as far back as 1888 but the sport died out in the school at the turn of the century and, while it was occasionally revived in the 1930s and 1940s, the permanent return came in 1958. Having moved to a new site at Richmount, where it still is today, BGS had its own pitch and the game took hold under the coaching of Derek Johnson.

Players such as Jim Good and Bertie Smith were products of the school, which first entered the Munster Schools’ Senior Cup through the qualifier route in 1974. In 1982, they reached the semi-finals, losing to Christian Brothers College, while the second-tier Mungret Cup and Mungret Shield were won.

In the 1990s, hockey was the dominant sport in the Grammar but during the 2000s there was a new rugby push five Mungret Cups in six years up to 2015 saw them knocking at the door of the top level again. It was time to take the plunge.

‘Rather than qualifying for the Senior Cup every third or fourth year, we committed ourselves in 2015-16,’ says school bursar George Bradfield.

‘For a small school, it was a step into the unknown in a sense but we were too successful at the B level – we were winning the Mungret Cup five years out of six and the opposition didn’t want to play us as we were too dominant.

‘We had taken that step forward and then Régis Sonnes came on board, which helped to develop rugby in the school.’ 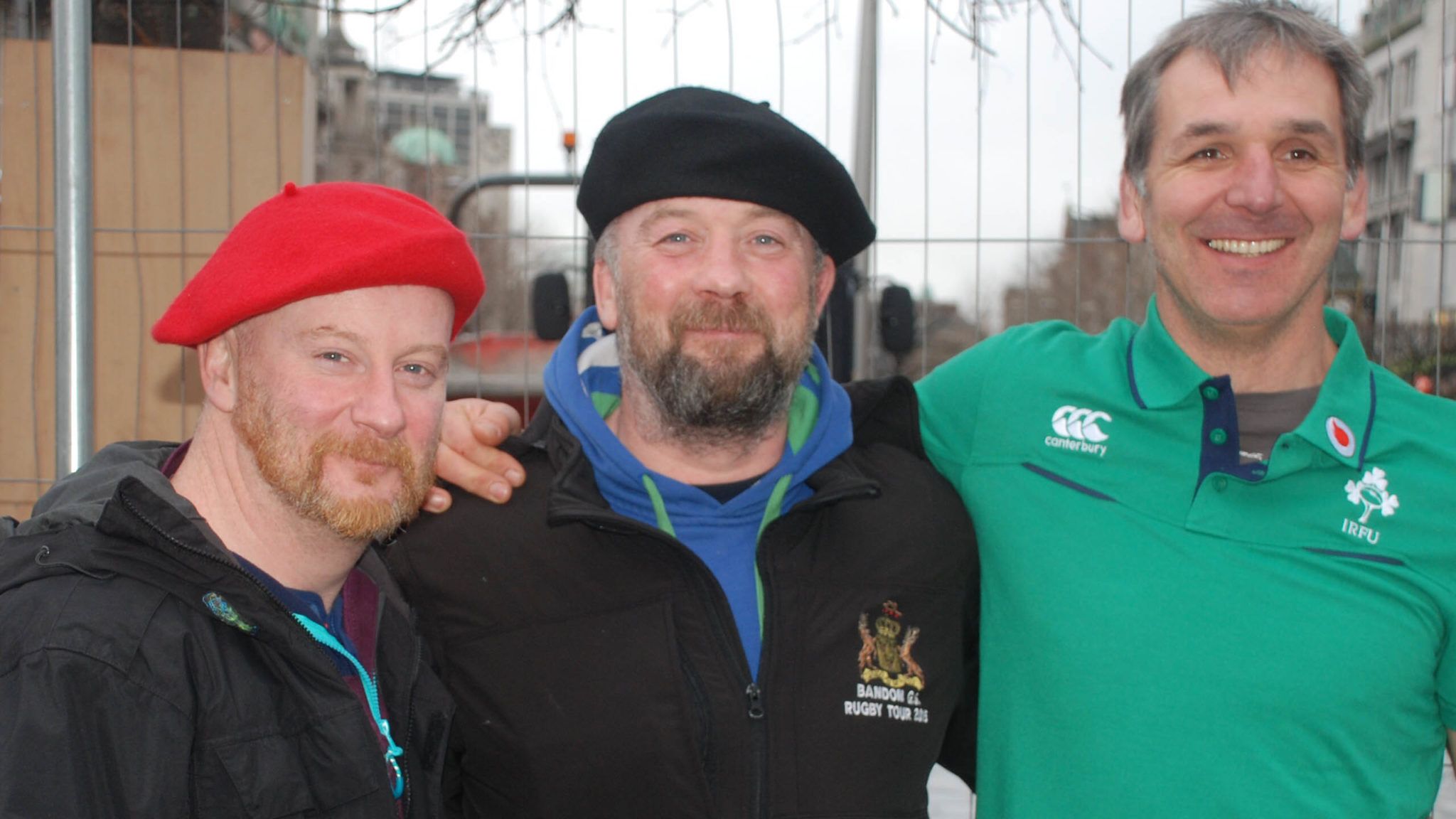 The 2016-17 arrival of Sonnes, who had won three French titles with Toulouse, was part of a link-up with Bandon RFC as the two organisations pooled their resources to mutual benefit.

‘The rugby club were looking for a coach and they approached the school to see if we’d come on board in helping them with regard to an appointment,’ Bradfield says.

‘He was a great character in that he looked at the individual. He was as concerned with developing the person as much as the team.’

That such a decorated player – who would go on to coach Toulouse after the Bandon stint and is now in charge of another Top 14 side, Agen – would decamp to West Cork was a source of intrigue back home.

‘A few of us were up in Dublin for an Ireland-France international and we were walking around with Régis,’ Bradfield says.

‘He was putting his beret on and off – he was actually trying to hide from the French crowd, because if they saw him, they’d have gone frantic.

‘We had L’Equipe coming over to us and French TV. They were trying to find out what Régis was doing, coaching a junior club and a school in West Cork. He enjoyed it, he was able to do a bit of surfing and relax. He found rugby very pressurised in Spain and France.

‘He actually turned a lot down but he couldn’t resist Toulouse.’

Having made the quarter-finals in their first year competing at Senior Cup level, losing to Pres on a 39-10 scoreline, Bandon made it to the semis in the first year under Sonnes. Speaking to the Star before that clash against Pres, captain Colin Deane outlined the importance of having such a strong backroom team.

‘From a forward’s point of view, Régis brings a lot of attention to detail,’ he says.

‘The video analysis we have done this year has been a great help too, especially at set-pieces, it has given us a real grasp of what we’re trying to do.

‘The whole backroom set-up is very good. We have Denis and James Collins [head coach and backs coach respectively] and Philip Murphy is with James too. The more bodies you have, the more everybody can share the load, which has to be a good thing.’

While Bandon lost 12-3, there were more and more players achieving Munster honours, with Deane, Travis Cooney, James French and Seán Hudson all lining out for Munster at underage level.

In the wake of Sonnes’ departure, South African native André Human was appointed to a similar Bandon RFC/Bandon Grammar role and, after another quarter-final appearance in the 2018 Senior Cup, Bandon almost made it to the 2019 final. After defeating holders Glenstal Abbey, they were on the verge of a famous victory over Pres only to be denied at the death. 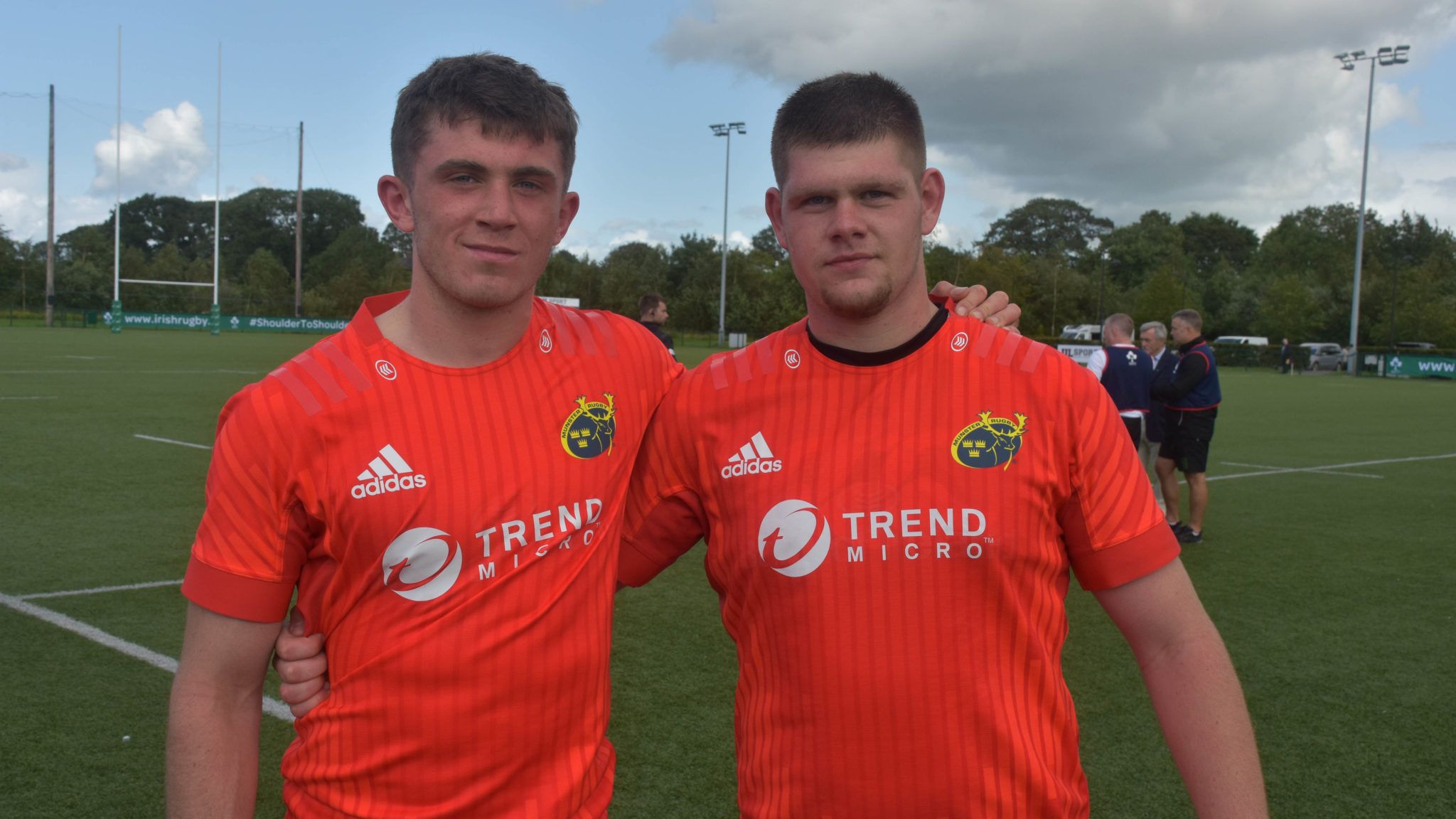 Nick Greene and James O'Donovan were on the 2019 Munster schools' team that defeated Leinster in the Dudley Herbert Cup.

Nonetheless, the stream of talent remains strong. Gavin Coombes has followed Darren Sweetnam in representing the Munster senior team in European competition while Jack Crowley, Nick Greene and James French are knocking on the door, too.

As with Sonnes before him, Human has gone from Bandon to a top role, now director of rugby for Uzbekistan. Nevertheless, as Bradfield says, the coaching talent at the school remains strong.

Even in uncertain global times, the future looks bright.

‘We’re going to see where we are with next season before we make an appointment,’ Bradfield says.

‘It’s very hard on the players missing out on the competitions these two years. Numbers are quite tight – we have 350 or so boys available to us whereas others might have twice or three times that – but I think we’ll hold our status.

‘We can’t go back, we have to continue as we are and hopefully rugby players in the area will be attracted towards us.’