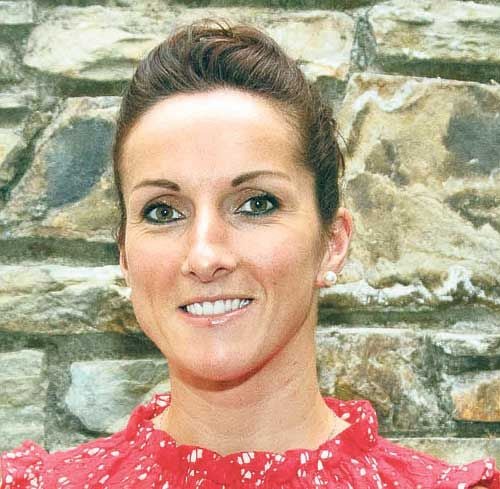 PERHAPS he was a little nervous about a certain match in Killarney last weekend and not showing it (and rightly so given the result), but the Sports Editor of The Southern Star set me my hardest challenge yet this month – rank the top ten camogie players I lined out alongside during my Cork playing days.

Just ten, I asked him, because so many more deserve to be included.

However, I gritted my teeth, bit my lip and forced myself to pick ten girls who individually brought so much to the game in different ways, whether it was through their skill, commitment, character or a collection of all these.

Vivienne was one of the best midfielders to ever grace a Cork senior camogie team. I looked up to her for the longevity in her career as she started playing with the seniors in her early teens. Her natural ability and work rate on the field were top class. She was calm and unassuming. I remember on the morning of an All-Ireland final she used to consume a fry-up as part of her match-day fuel and it sure didn’t slow her down. An all-rounder you were glad to have on your team.

Emer was an exceptional left-handed forward who tormented any back that had the raw deal of marking her. Her right-side strike was equally as good as her left and her clever play meant that she was a consistent point scorer in every game she played with Cork. Emer was feisty and full of energy. Her technique was brilliant and she was a shining light for Cork camogie in its earlier days.

As well as a talented camogie player she also excelled in hockey and many of her flicks and side steps were transferred onto the camogie pitch. Emer is the same age as me but retired due to work commitments in Dublin many years ago.

Joanne and I played at every inter-county level together – we started together as minors and retired together as seniors! So fast, sticky and I dreaded being marked by her, she did the simple things on the field so well.

Her first touch on the ball was always second to none and her simple hand passes out of the full-back line were so effective. I feel she was underestimated as a back.

Overall, Joanne was so reliable and consistent in her inter-county career and probably the nicest and most genuine person you could ever meet.

I have yet to see a half back with as much tenacity and sheer determination to get to a ball first as this lady. Her speed over ten metres is hard to beat.

Anna is an intelligent player who can drive on a team with her playing ability, but also with her words. Her strength on the ball was awesome and in a melee of players she somehow always succeeded in getting the ball into her hand.

She could have been reaching her peak in performance today at inter-county level but will, no doubt, succeed in everything she involves herself in.

Her application to training is phenomenal. She is in the best shape of her life this year. Her rigorous and dedicated work in the gym is so clear in her physique but also in her physical prowess on the field. No longer is she the lanky, skinny and slight girl of years gone by, but now a tall, strong and extremely toned woman.

Orla is so driven, highly skilful and her ability to score from long range is one of the many strings to her talented bow. She can catch a high ball with such ease despite being put under pressure by opponents. Still so young and has so much more to give – watch this space.

She has the reflexes and reaction timing of a cheetah! I knew we were going to win the All-Ireland final last year following one memorable training session in Clonakilty where Aoife was the star of the show.

Towards the end of the session all the panel were testing out the goalkeepers, Jess Kavanagh and Aoife Murray. On Aoife’s turn she managed to save nearly every shot, throwing her body uncaringly across the face of the goal and into the air. There was a rousing roar from the spectators and an indescribable elevating atmosphere. She lifted the spirits of all the team that day.

Aoife is an incredible goalkeeper you can certainly depend on between the posts. An inspirational professional, and a joy to line out with.

Her name speaks for itself. An unassuming Duracell bunny who keeps going and going. There were many times I struggled to understand how Briege could keep functioning. I often wondered whether she was human or another life-form as she defies all means of human endurance.

She is the engine of any team and as far as I remember she has never gotten a leg massage, ever! Recovery for Briege is a club training session after two gruelling games the day before.

It’s hard to explain how awestruck I am of this girl. She always demands the very best of herself. Her attitude is always to push on and dig deeper when you are down. I look up to her hard work ethic both on and off the field of play.

A woman I played many years alongside. I appreciate and cherish our All-Ireland win last year as I knew it would be our last together.

Gemma is a player who gives 110 per cent. She has it all – speed and fitness, phenomenal skill, incredible strength both mentally and physically, and is a grounded individual despite everyone knowing who she is.

I always knew she would be one of the greats. She has the ability to play in any position but best as a commanding centre back. A privilege to have on your team and a name all opposition fear at all times.

Mary is one of the most decorated players in GAA history between football and camogie. She had a successful way of motivating you as an individual player but also driving on a team.

From a personal level she always made me feel important and valuable as a player even when I knew I was not having the best game on any given day.

For her, camogie was always put to the forefront over anything else and her passion for the game continues today through her involvement in the Camogie Association.

A solid and highly effective centre back, Mary commanded the backline and read the game with ease. She knew the exact moment to make a tackle, where to advance to and her clearances were both clever and explosive.

With Mary in your backline you knew the line would be safe. A legend of the game and a true honour to play with.

My number one and deservedly so. Fiona put heart and intense hard work into every training and every match. A terrifying corner forward for any back and was deadly once she had the ball in her grasp. I played alongside Fiona in the 2002 All-Ireland final against Tipp where she scored a hat-trick of goals.

Fiona was awesome, ferociously determined and inspiring. She was a constant motivating voice on the team and felt the same way as many of us about putting training first because it could be worth it.

She was incredibly fast, possessing a magnetic touch and demonstrated traits of a bull terrier when fighting for possession of the ball. She encouraged me so much when I first came onto the senior squad in 2002. No airs and graces, but dogged focus always.

Fiona was also a brilliant, meticulous coach with Cork where we won two out of three All-Ireland finals with her. Her heart and soul went into Cork camogie and she remains a good friend of mine.