THE actor of the moment, Paul Mescal, wasted no time in getting out of Cannes last week to attend an even more prestigious film festival – Schull’s Fastnet!

The talk of the French riviera became the talk of West Cork as the Normal People actor strolled leisurely around the coastal village which proudly boasts it has no cinema.

Also in Schull were Taylor Swift’s boyfriend, the Conversations with a Friend actor Joe Alywn, and Joe’s cast colleague Alison Oliver. It was the town’s most successful festival to date, and numbered several well-known actors, directors and producers over its four-day  run. Joe Alwyn even emailed the organisers, describing Schull as a ‘special place.

SUCH was the success of this year’s Schull’s Fastnet Film Festival that some of its celebrity guests delayed their flights  to extend their stay.

Programme manager Hilary McCarthy confirmed that the event – which is now in its 15th year and costs €160,000 to stage – ‘sold out’ lots of events and enjoyed the biggest box office ever.

She confirmed there were in excess of 3,800 tickets sold, plus more than 200 free events throughout the five-day festival, and an estimated 7,000 visitors to the village.

The highlight for many was the screen in the park of Breaking Out on the sunny Sunday evening. The director Michael McCormack was there to introduce his impressive film about the late Fergus O’Farrell. Fergus’s sister Lydia Little, also read from her new novel about her brother. Fergus’s band performed a sell-out concert at the local hotel, which proved to be a fitting note on which to end the festival. 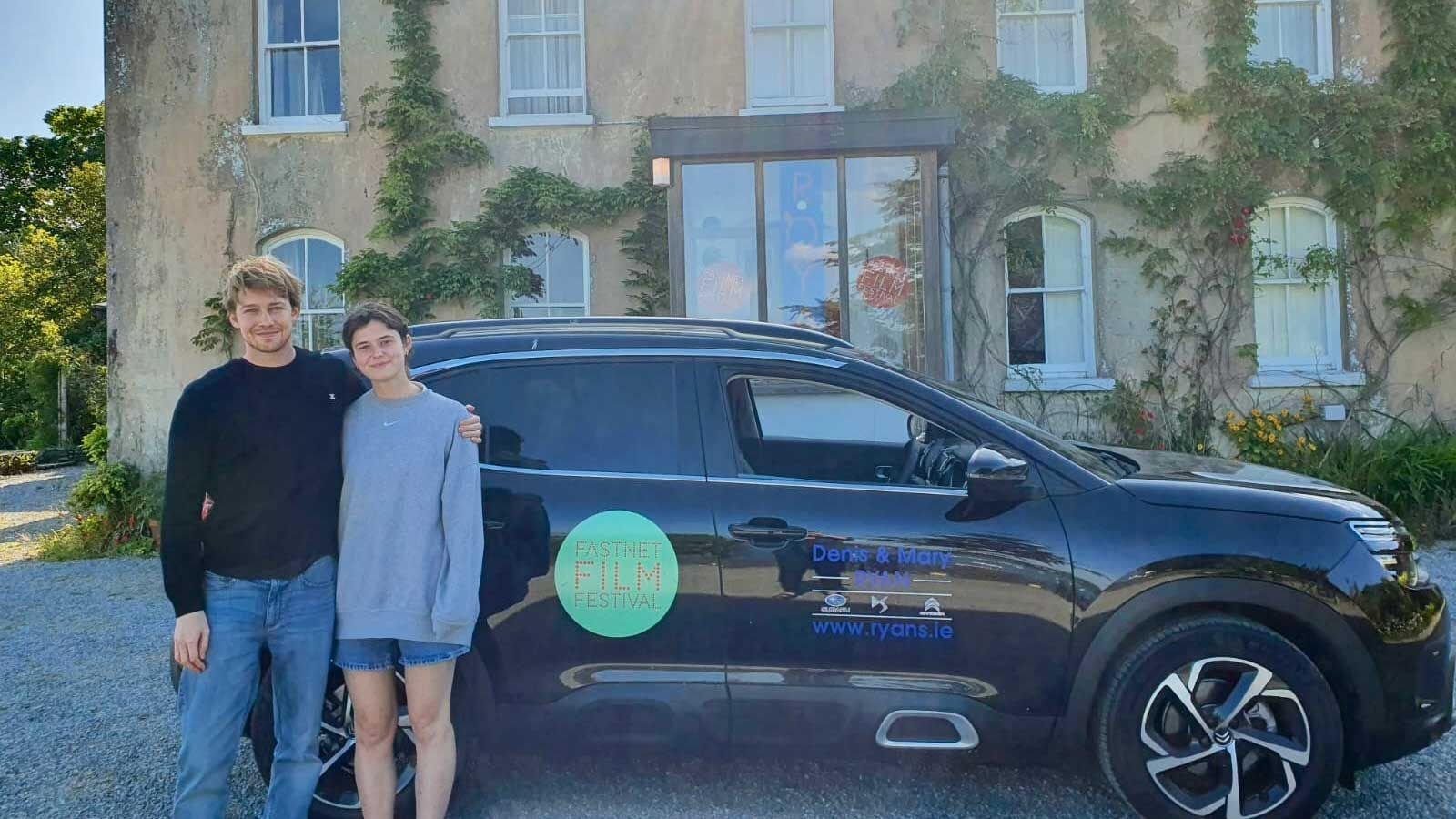 Joe Alwyn, Taylor Swift’s boyfriend, with Alison Oliver at Grove House in Schull during the festival.

Just how special the festival is can be summed up in the email Joe Alwyn of Conversations with Friends fame sent to the festival organisers.

‘We had the absolute best time yesterday and today,’ he wrote. ‘Such a special place, and feel…Really hope to be back again in the future. I would absolutely love that. Enjoy the rest of it and well done putting it all together. Joe Alwyn.’

Joe and the other members of the Conversations With Friends team, including Cork actress Alison Oliver, were based at Grove House.

Hilary confirmed that Joe – who flew in from Cannes and was flying back to London – delayed his return so he could stay in Schull for an extra day.

She described the holiday atmosphere, the brilliant sunshine, and the way locals mixed with the stars of stage and screen as ‘phenomenal.’

Hilary said the guest stars had a great time spending their ‘Schull money.’ Not a lot of people know that an estimated €8,000 in vouchers are handed out to the guests to spend in local shops.

According to Hilary, the festival is worth an estimated €6m to the local economy every year.

But this year it might have broken more than the box office record.