FOR over two decades the West Cork Women Against Violence (WCWAV) project has been the only support for women in the region suffering domestic violence.

Established by a team of local women in 1999, it began with just one person working out of an office on the Glengarriff Road in Bantry.

‘Things have certainly changed since those days,’ says the organisation’s co-ordinator, Marie Mulholland. ‘In those days, there was more stigma, more shame,’ adds the Belfast native, who arrived in West Cork in 2012 to steer the WCWAV.

When she took over, there was one part-time administrator, a part-time support worker, and herself. Today, that has grown to five staff, and there are now two more in the pipeline.

The growth in numbers is not particularly a sign of a growing problem, she notes, but that the stigma is finally reducing, and there is more awareness, meaning more women are coming forward and have heard about them.

The formidable Mulholland, with an incredible track record in human rights issues – she was among those who successfully campaigned for the demolition of West Belfast’s Divis Flats – has recently commissioned two major pieces of research into domestic violence in West Cork.

The first piece of research, in 2020, was funded by child and family agency Tusla, and it looked at where victims/survivors of sexual abuse go to report their experience, because there was a concern there was a massive gap in services in the region.

Dr Caroline Crowley interviewed 47 different agencies, professionals and services, and it was clear from their responses that they were getting personal disclosures from clients, and they didn’t feel equipped to deal with them. GPs, in particular, wanted to know where to signpost people in terms of follow-up. 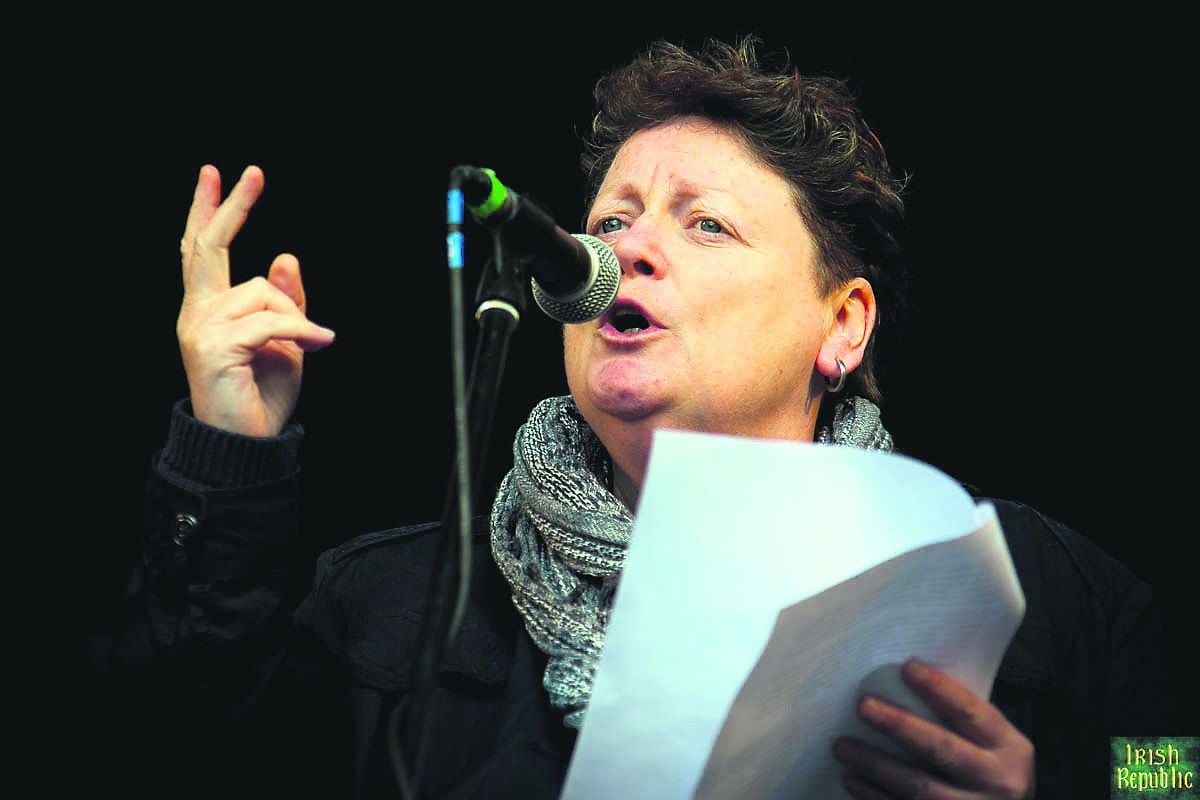 ‘We are not a sexual abuse organisation, so what was happening was the gardaí was referring rape victims to us because we are the only service in the area doing anything around gender violence,’ explained Marie. ‘And although we are not even equipped to deal with it, we are more equipped than some. We all felt we were dealing with issues around sexual violence, without either the resources or expertise to deal with it.’

The second piece of research was to ascertain, from survivors, what facilities did they think were most needed in West Cork. ‘Basically, we were asking them to design the service, based on their experience.’

Marie says the research showed that survivors wanted more specialists trained in hearing their stories. Sometimes, when they revealed their experience to a family member, they received comments like ‘you’ll get over it’ or ‘sure, it’s not that bad’ – which resulted in them withdrawing into themselves even more.

Some even had poor responses from professionals, but they also wanted to see more schools receiving education and awareness on the prevalence of sexual abuse.

Marie says men also participated in both surveys, and they found it much more difficult to divulge their experiences, so any new services need to be non-gender-specific.

The sexual assault unit in Cork city is a very specialised service which examines victims of crime, and it cannot be easily duplicated outside the city, but what the research also revealed was that victims/survivors felt ‘re-traumatised’ by having to go back there for follow-up visits, reliving the horror of their first contact with the service, usually within hours of an attack.

Margot Noonan, the lead forensic nurse at the unit, noticed people from West Cork were not coming back for their follow-up visits. So, since last July, she has been coming to West Cork once a month for the follow-up clinics in Bantry.

She noticed that now, people are not only coming for follow-ups, but others are coming for a first time, to enquire about the service.

‘What we need is a community response to sexual violence,’ says Marie. ‘We have been talking with the Child and Family Support Network, which is an umbrella group for 30 or 40 different services that have contact with families or young people. We are looking at shared resources and training for us. Kirsty Smith is the co-ordinator and she is doing great work.’

The Network and WCWAV are initiating specialist training later this month for individuals and organisations in West Cork on how to appropriately respond to instances of sexual abuse, including historical sexual abuse, the language to use and how to support that person or child, and how to support their non-abusive family members. ‘Most families are absolutely traumatised when they hear these stories and they want to do the right thing too,’ she points out.

As well as the training, the WCWAV has also been sanctioned by Tusla to employ a sexual violence project worker and the aim is to bring together various agencies for support and to create a zero tolerance environment in West Cork.

The second role being filled in the next few weeks is for an accommodation support worker, so that other staff can concentrate on the support role for families, without having to be distracted by the huge additional role of finding them a safe place.

The project already has one ‘safe house’ in West Cork, thanks to a very generous anonymous donation in 2019, but now it would like to move towards ‘own door’ safe homes, with communal services like creches and support workers in a connected unit.

Marie notes there is already such a project in operation in an agency in Co Kerry.

Ideally, they would also like to see the law changed to allow women victims/survivors of abuse to stay in their own homes with full security support, like CCTV, locks, and instant access to an emergency phone line.

‘Unfortunately we have an issue with phone connectivity in West Cork,’ says Marie, ‘coupled with response times because of how far apart some of our gardaí are.’

But small obstacles like reduced garda station numbers and poor phone coverage aren’t about to deter the woman who was given the Constance Markiewicz award in 1987 for her work with the communities of Northern Ireland, and who helped initiate President Mary Robinson’s first visit across the border.