Timoleague farmer, Tom Griffin, has a 200 strong herd which he’s been milking in a parlour built in 2005. Milking is tak- ing too long and the herd is too big for the shed. He’s been researching robotic milk- ing systems, visiting farms in Tipperary to see the system in action. When he saw the GEA robotics, he was, ‘completely taken aback. We walked into one farm and the cows were just so at ease with the system they were comfortable and confident’.

He decided that was the system for their farm.

‘I’ve been farming since I was old enough to put on a pair of wellingtons,’ Tom says, ‘and took over the farm in 2010.’

They have opted for three robots that will milk the cows as and when need- ed. They feed as they’re milked and the robot will measure the mash according to the yield of each animal. It is possible to feed two varieties of meal depending on the season and the condition of the cow.

The robot performs the entire operation from cleaning the teats and sterilising the cups, to washing the udders when milking is finished.

Milk is analysed, changes in conductivity, indicative of infection, means mastitis can be detected and treated pre-emptively without antibi- otics. Farmers of all ages strongly recommended robotics, normally farmers are cautious when recommending products.

Teagasc conducted a study a few years ago which suggests that robotics reduce labour by as much as 37 per cent. That extra bit of time to put back into the farm or to spend with family is a big difference.

Spring time brings an 8 week intense calving season which brought things to a head for Tom. He was missing meals, up half the night and still had a herd of 200 to milk. Family time suffered during those months and that is not the example he wants to set for his children. 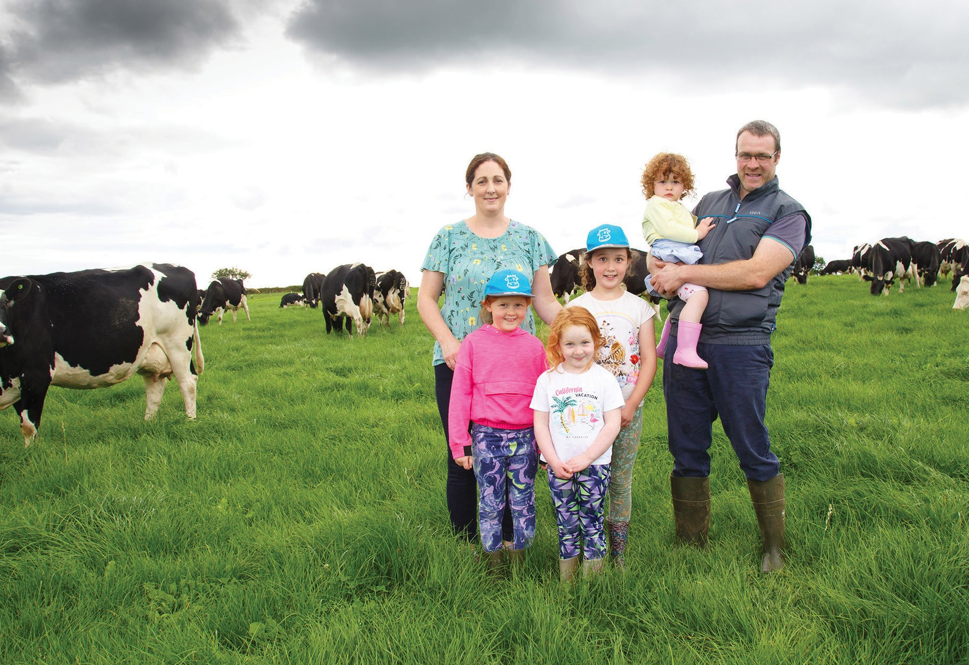 Tom and his wife also wanted to show their four daughters that farming can be a good way of life and give a good work life balance. While daily oversight is very necessary, there is no longer the requirement of set milking times, morning, and evening.

That allows opportunities to attend matches, training of all types and general hobbies. They wanted their children to know that a good quality of life is not contradicted by farming.

‘Hopefully they will see they can have both farming and their hobbies’, he says.

It also increases animal welfare. ‘It is great to see an animal decide what it wants and when.’ It results in better qual- ity milk, higher yields, and greater animal retention rates as sickness is detected earlier, the animal isolated, and treated quickly.

Having GEA in Ballincollig, at the heart of Munster, is just 40 mins from Tom’s farm. ‘The helpful milking technicians there are great,’ he concludes, now there’s also expertise available to help farmers transition from traditional milking methods to robotics, including a farmer consultant who uses robotics with his own herd’.