Relationship coach Joan O'Connell,says it's often the little things that can cause the biggest problems in a relationship. 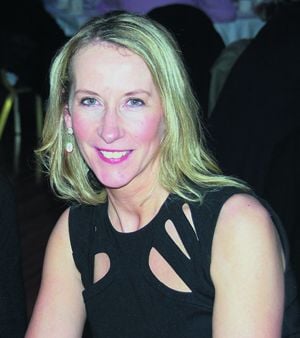 Relationship coach Joan O’Connell,says it’s often the little things that can cause the biggest problems in a relationship.

JUST like in politics, when it comes to relationships, it’s the small things that can do the biggest damage.

That’s the belief of Cork woman Joan O’Connell, a relationship coach based in Ardfield outside Clonakilty.

She believes that the biggest problems in many relationships are actually the everyday bugbears which exist in every partnership, but it is how you deal with these issues that really matters.

It is normal and healthy to argue, she says, but it’s how you argue, and how you resolve your issues, that makes the difference.

When couples, or individuals, come to Joan, it’s usually because they feel things have escalated to a point where one of them, or both, need intervention.

They may have got to this place because they didn’t pay attention when the small issues were niggling at them, and they let them fester, she explains.

‘The small things can drive you crazy,’ she says, citing everything from help with cleaning the house, to rows over children, pets or even nights out. ‘They can build up if they are not dealt with. And they kind of anaesthesise you.’

In order to cope, many people ‘shut themselves off’ from interaction – and end up making things worse.

That’s usually when they call Macroom woman Joan in to help them. The bubbly, blonde forty-something, who moved to Clonakilty after meeting her husband some years ago, clearly has a great empathy with her clients.

She’s been there herself, she explains, having come through a few rocky patches after years of unsuccessful fertility treatment. The couple have no children, and are resigned to the fact now, she says, but not without negotiating some choppy waters first.

‘There was a lot of trauma and upset at the time, and I found I had to develop a lot of skills around relationships and how to handle myself, and us,’ she says. ‘Looking back, I should have gone for more help during that time. We had two counselling sessions then but we really talked to nobody about what we were going through. We were very private and went through so many emotions and lots of negative stuff.’

Joan says, in retrospect, they should have reached out to more people. ‘I had some serious meltdowns.’ She smiles now about it, but it was a very testing time for the relationship.

That experience led her to complete a Diploma in Coaching from the IMI, and she now works exclusively in that area.

Since then, she has met many couples going through the same, with so many people today having fertility issues. Miscarriage is another traumatic experience which many women don’t talk about, and which can lead to serious issues in relationships, as she has discovered through her coaching.

Communication, intimacy and finances are the three main bugbears of relationships.

‘We are sold an idealistic picture of what relationships should be, and people feel if they don’t have that, then there is something wrong with them,’ she says. And more women than men seem to find fault with themselves, she has noticed.

‘Men are not as intuitive,’ she asserts. ‘They operate in a completely different way. Women have to recognise it, and work with it. Men tend to be fixers; women like to talk. Very often, we don’t want it fixed by them, we just want to talk about it.’

Although Joan also coaches couples, she works mostly with women, and always advises them to stand back and decide what they want for themselves out of the relationship.

‘We need to ask – what are we asking for ourselves, and about ourselves.’

Joan says that if situations in your relationship are getting tricky with more regularity, then ask yourself – what are your triggers/expectations? And we should also be asking – what significance are you attaching to what your partner is doing, or not doing?

She says it’s always worth remembering that you are not going to change the other person fundamentally, so you have to either recognise and accept them for what they are, or change your expectations.

Irish men are notoriously bad at showing affection, which can be another big issue, but they often show it in subtle ways.

‘He might never say he loves you, but he might bring you breakfast in bed once a month, or do something else nice.’

There are many times when we need to remember why we chose that person, and also that there may be days, weeks or even months sometimes, when they will drive us bananas.

‘We might need to say – “how important is this?” If we get upset every time our partner does something, or doesn’t do it, we can either let it go on, or we can sort it ourselves. We should ask ourselves, on a scale of 1-10, what importance are we attaching to it?’

In reality, the answers to all our problems lie within us, says Joan, and she is simply the conduit to their discovery.

‘I am not here to tell you how to solve them, but to help you come up with the solution yourself,’ she points out. ‘It has to be collaborative.’

Coaching uses a different approach to other therapies like, for example, psychotherapy. ‘This is not so much analysis – it’s about moving forward, rather than looking back.’

She doesn’t purport to deal with very serious issues like physical, sexual or substance abuse (‘I would be referring people on for those’) but the day-to-day issues that can get us all down.

If bad behaviour is an issue, then we might need some tough negotiation. ‘If you insist on doing this, then I am going to do this …’ is one approach which often works.

Laying out your boundaries is an important first step.

Finding time for each other is another huge pressure these days. Whether it’s for sex, or simply a walk on the beach – we need to create that time. If we believe our partner is important enough, we will find the time, she says. It’s a similar story with spending money on finding a way out of our troubles.

‘When people are in a lot of pain, then finding a solution is worth it. We have to remember it’s self-care, and women are very bad at spending money on themselves,’ she notes.

She offers payment plan options too, but admits that if her methods work, then the result is worth the input.

With any new client, Joan starts off by having an in-depth phone call, to see how they ‘gel’. ‘It’s an interview for both of us, to make sure we can work together,’ she says. All going well, the next stage could be a half-day session, where they both talk through the issues needing attention.

‘We take a deep dive into it and see what needs special attention and we develop a plan, and a set of goals. I give them some tools to support themselves, and then we do a follow-up in about two months, with either a meeting, or a phone call.’

Joan says more serious issues may warrant the ’90-day programme’ which starts with a questionnaire, followed by a 90-minute meeting.

‘You should see significant changes after the 90 days,’ she says, ‘and sometimes it might uncover something else.’

She also does ‘refresher’ courses for clients, who might feel things are slipping again, at a later date. Some of her clients are on Skype, too, so proximity isn’t always crucial.

But while negotiating a relationship is tricky, it’s not rocket science, either.

‘You need to know what you want, and be able to ask for it,’ is Joan’s sage advice.