Kataryna Poliorak Forys at a demonstration of solidarity with Ukraine in Bandon (photo: Denis Boyle)

THE people of West Cork have come out in huge numbers in support of the people of Ukraine, with fundraisers and collections across many towns and villages, and homes opening their doors to those who have managed to escape.

A solidarity rally took place at the footbridge in Bandon  last  Sunday which was attended by several members of the local Ukrainian community, where their national anthem was played.

The former PTSB bank has been designated a drop-off point for food and clothes donations, which started originally in the Cracked Café on St Finbarr’s Place, and has seen Twomey Precision Engineering coming on board, too, to help with the collections. This Friday a truck will leave for the Polish border, thanks to Christy Lucey Transport in Ballymakeera, which has sponsored the truck and 40ft trailer.

Cracked Café owner Slawomir Jaskulski said it was amazing how people responded so quickly to the call to support the people of Ukraine.

‘We all know someone from Ukraine living and working here in Bandon. They are our friends and neighbours, and we need to support them in any way we can,’ he told The Southern Star.

Anton Dovgan – originally from Kyiv but currently living in Courtmacsherry – works in Staunton’s Foods in Timoleague, with about 20 other men from Ukraine.

He said it’s been very upsetting for them watching the TV images of their country being attacked. They have been collecting money in order to send back home and help the war effort.

‘My 78-year-old dad is still in Kyiv and he said he’s fine and is adamant he won’t move. They are in a bomb shelter and I’m checking with him every day, while my mum, who is 100km from Kyiv, is doing well too. The spirit is so strong across Ukraine and they are going to fight for their freedom and we are encouraged by the support from around Ireland and the world too,’ said Anton.

He said Staunton’s Foods product manager Derek O’Driscoll had been helping them to organise things like temporary accommodation for when some families arrive here in the coming weeks.

A Clonakilty man who managed to reach Moldova earlier this week as the Russian bombing campaign intensified, has vowed to remain there with his wife and help with the relief effort. 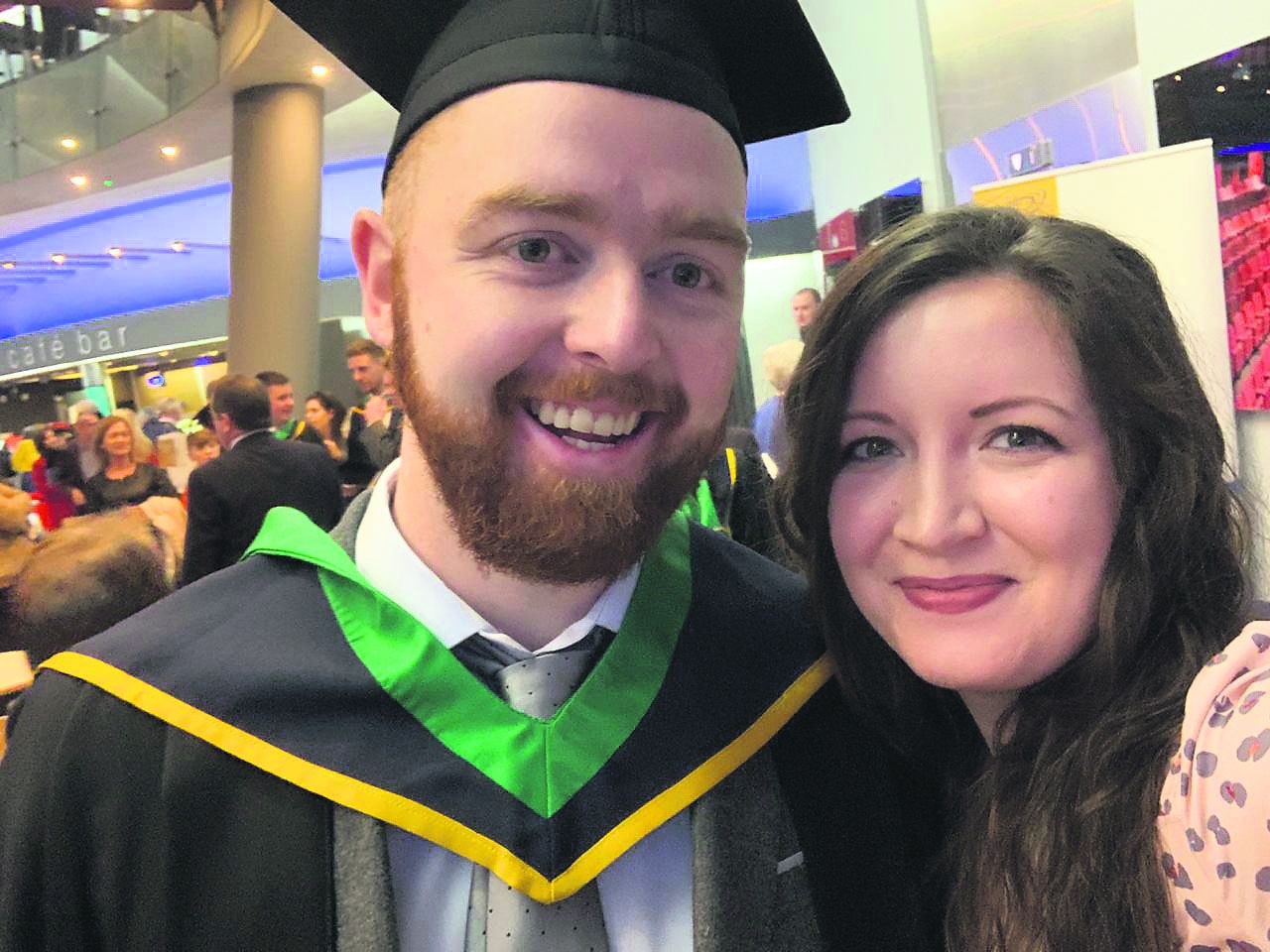 Alan Creedon and his wife Tania, who managed to make it to Moldova

Alan Creedon from Darrara had been living near Kyiv city centre with his wife Tania since last November, but managed to get into Moldova following a fraught and stressful journey across Ukraine this week. He said that it was a very frightening experience, especially with the constant shelling.

‘Tania has family here and we’re going to stay and see if we can help get supplies to other voluntary groups in Ukraine, as well as assisting in getting her family across the border,’ he said. He also paid tribute to Ring Rowing Club, who have collected goods to be sent to the Ukrainian border.

Hamilton High Leaving Cert student Ukrainian Alexander Boiko – who has been living in Bandon with his family for 11 years – said some of his family, including aunts and uncles, are still in Cherkazy but are expecting some of them to come and stay with them later in the week.

‘It’s fantastic to see people in West Cork and across the country show their support for Ukraine and I honestly didn’t expect that. I’m hoping it will get resolved soon,’ he said.

A coffee morning takes place on Thursday in Dunmanway, organised by the town’s Chamber of Commerce.

The Clonakilty Mayoral Council organised a ‘Lights for Peace’ in Astna Square on Wednesday night, as a show of solidarity, while the nearby Arís Café & Wine Bar collected over €2,000 in tips which will be going to aid organisations in the Ukraine and Poland. De Barra’s Bar is donating 100% of any merchandise sold on their online shop this week, to the UN’s refugee agency.

Number Three Nails in Castletownbere have also organised a collection of items for Ukraine, and three van loads of equipment have already left Beara. 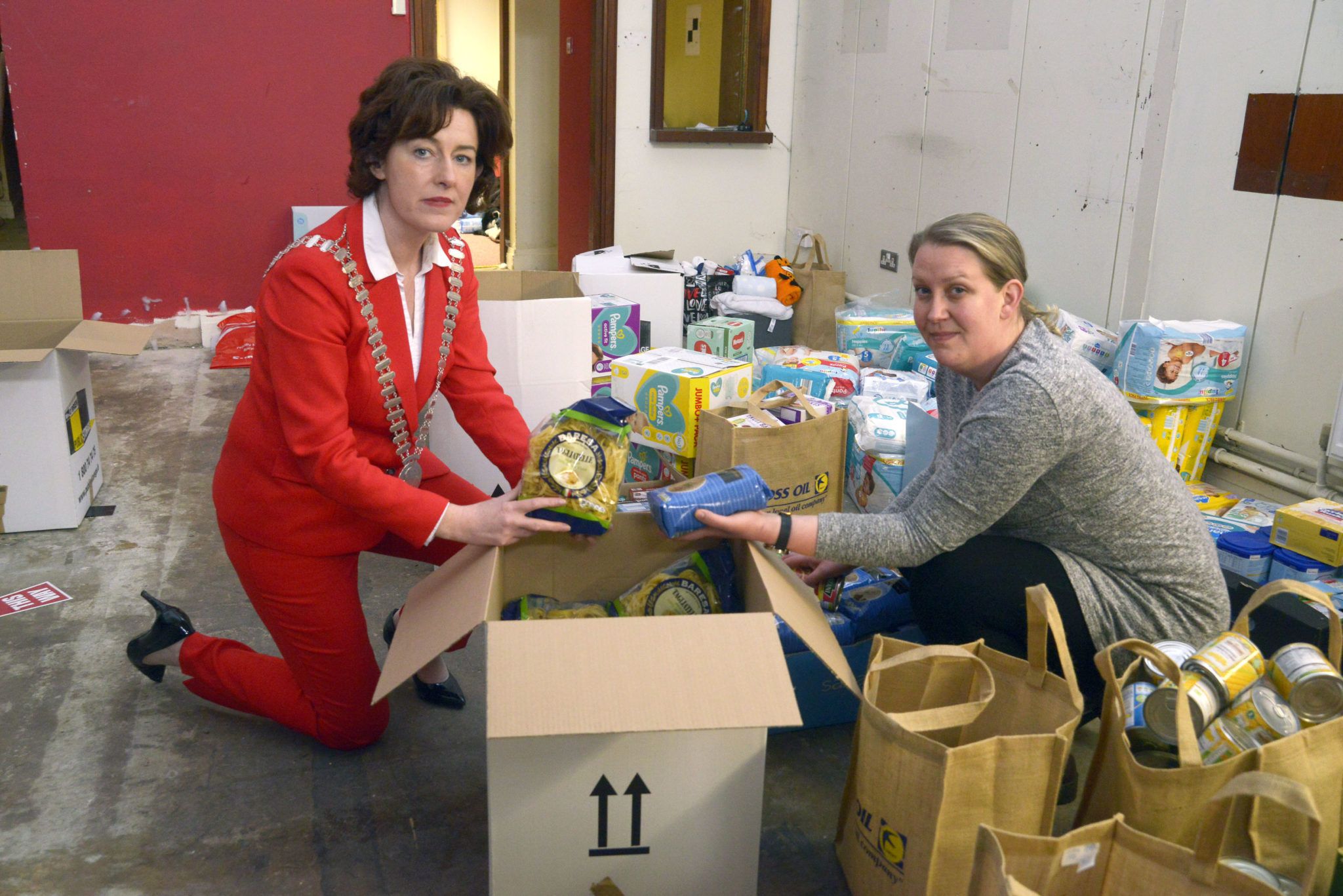 Cash donations of over €1,000 were used to purchase additional equipment.

Meanwhile, Cork County Council will light the County Hall in the colours of Ukraine and councillors have agreed to write to the Ukrainian ambassador to sympathise with him on the loss of civilian life.