The green pastures of West Cork are the inspiration behind the world’s first craft premium Irish Cream Liqueur.

The mild Cork climate, coupled with abundant rainfall, means that the grass along the coastline is perfect for grazing cattle.

That is why five local farms are supplying the milk that is later turned into cream and used in Five Farms Irish Cream Liqueur.

The five dairy farms are nestled along the Wild Atlantic Way coastline near Barryroe.

These farms go back generations and are run by families that have a deep connection to the land, and a passion for their craft.

A dedicated tanker calls to the five farms to collect the milk and delivers it to the Carbery Group in Ballineen, where it is pumped into a dedicated silo to set it aside from the batches coming in from other farms.

The milk is then separated into rich dairy cream and combined with triple-distilled Irish whiskey to become Irish Cream Liqueur within 48 hours of collection.

Five Farms contains more Irish whiskey than any other Irish Cream Liqueur on the market, as well as having the highest butterfat content.

Five Farms Irish Cream won a Gold Medal in the 2020 Blás na hEireann Food & Drinks competition in addition to the Chairman’s Trophy awarded at the 2018 Ultimate Spirits Challenge, the premier spirits competition in the world, with it being described as an intensely satisfying after dinner sipper, in place of dessert.

From just one sip of Five Farms, notes of butterscotch, salted caramel and spice are tasted, with a wonderful finish nicely rounded with the whiskey and cream coming together.

The whiskey has a smoothness and complexity that adds depth to the sweetness of the cream. 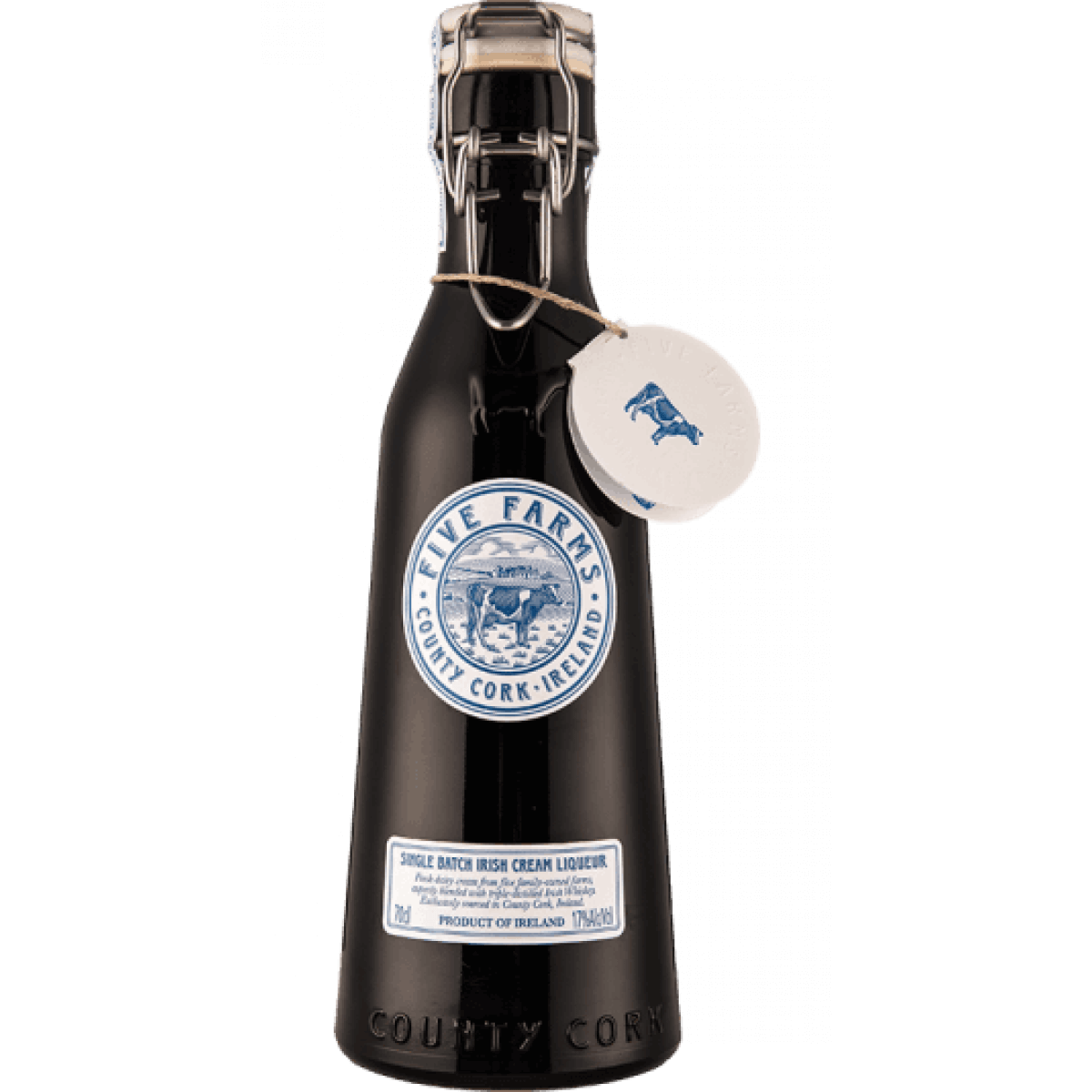 Inspired by dairy farm traditions, Five Farms Irish Cream Liqueur is presented in an old-fashioned milk bottle made of black glass, which is 100% recyclable, and it comes with a swing top closure and metal handle.