Breakthrough Cancer Research has launched a new skin cancer awareness campaign in a bid to achieve 100% survival rates from the disease. Supporting the campaign is a young woman from Baltimore who lost her mum, aged 56, to melanoma, and who wants to help spare others the pain her family has been through.

A young woman from Baltimore, who lost her mother to skin cancer, is appealing to everyone to be 'sun smart' this summer, and every day.

Odharnait Collins’ mum Joan died two years ago from malignant melanoma at the young age of 56. And now Odharnait is supporting a campaign by the charity Breakthrough Cancer Research (BCR) which is striving for better UV awareness among the public.

BCR is also highlighting the urgent need to raise funds for new treatment options, in a bid to achieve 100% survival from the disease.

The charity has just given the green light to an exciting new chemo-free non surgical treatment for skin cancers. Using calcium instead of chemotherapy, it could be available for patients in a clinical trial, initially in Cork, as early as November.  The hope is that this non-toxic but highly effective treatment can be delivered to outpatients.

However, the charity needs to raise €100,000 to continue to fund this new life-saving research, and is calling on donations from the public to help.

In Ireland the number of skin cancer cases has doubled in the last decade and we  have the highest mortality rate from melanoma in Europe.

Tragically, Joan was one of those statistics, having been diagnosed with the disease in November 2013.

Odharnait, a teacher in Rath NS, explains: ‘Mum had a mole on the inner side of her ankle which started bleeding. But because it was winter, she thought perhaps it had got caught on the zip of her boots, or something like that. She decided to get it checked and a biopsy showed it was malignant.’

Ironically, Odharnait (26) said her mum was always very careful when it came to herself and older brother Diarmuid’s (27) skin safety. 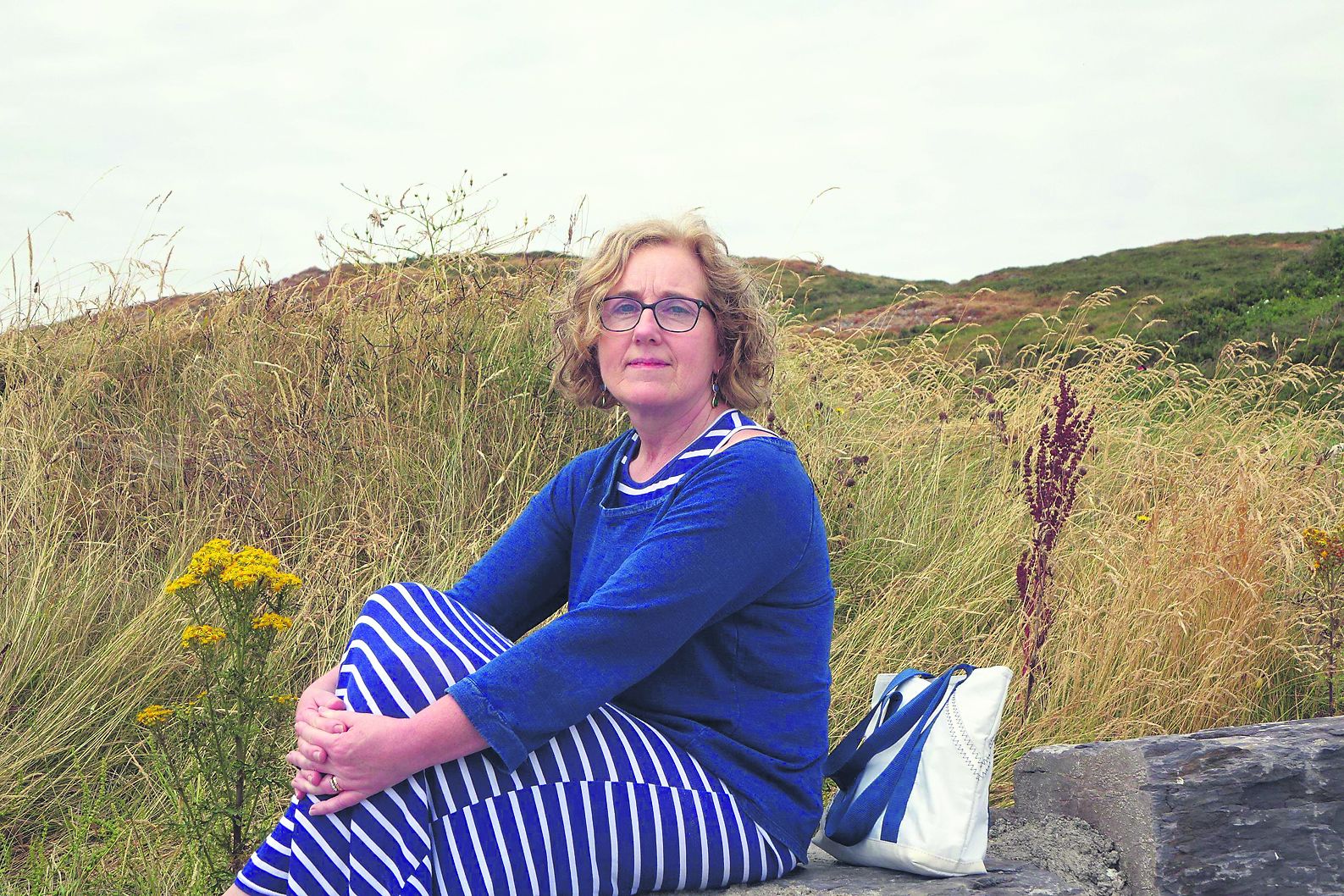 Joan lived life to the full and had time for everyone.

‘We are very into sailing and water sports so mum was always very conscious of protecting us, but I suppose when she was growing up that awareness wasn’t there,’ her daughter said.

After her diagnosis, Joan’s single wish was to survive for five years to see her children through college.

‘She got her wish, and actually survived five years and one day from her first surgery, passing away in November 2018. She died at home on a Sunday, and the day before, she cooked a full roast dinner and had been away with friends the week before,’ said Odhanrait.

That typified her mum who she only ever remembers sitting down after a surgery, and who didn’t let anything stop her living life to the full.

‘She was a really bubbly, outdoorsy person who had time for everyone, and everyone had time for her,’ remembers her daughter.

Throughout her treatment and surgeries, Joan, originally from Union Hall, was blown away by the research work being done by Breakthrough Cancer Research. The charity has strong West Cork ties as it funds Cork Cancer Research Centre which was set up by the late Prof Gerry O'Sullivan from Caheragh. His daughter Orla Dolan now runs BCR and his son Eoghan is also involved.

‘If she had been diagnosed a few years earlier, she would have only survived a few weeks, as her cancer was so advanced. But the work done by BCR bought her five years and not of suffering either, but of living a full life.

‘Mum wanted to give something back to them and at the time she was commodore of Baltimore sailing club, so in 2014 she organised a fundraiser ‘Women on the Water.’ It was a huge success and we decided to make it a regular event.’

It took place again in 2016, in 2018 and last year, when Odharnait also ran the VHI mini marathon on what would have been her mum’s birthday. Both events combined raised an incredible €30,000 for BCR.

‘My family and I want mum’s story to create awareness and to prevent the heartache we have suffered. Skin cancer is preventable compared to other types of the disease so don’t ignore the warning signs and do your bit.’

Orla Dolan, CEO of BCR, said: ‘It has never been more important to stay safe while staying healthy.  Breakthrough is helping improve the survival outcomes for those already diagnosed. We’re working with an amazing team of scientists and clinicians, on ground-breaking new treatments for skin cancers as we strive for 100% survival for all cancers.

‘We are very excited to give the green light to one project that will replace chemotherapy treatment with calcium, but we need help from the public to raise €100k to bring it to clinical trial later this year.

‘Together, through better prevention and new treatments, we can achieve 100% survival, so let’s get to 100% and €100k together.'

A snapshot of one of the many successful, and colourful, Women on the Water fundraisers held in Baltimore for BCR.

• To donate or for more information see breakthroughcancerresearch.ie.