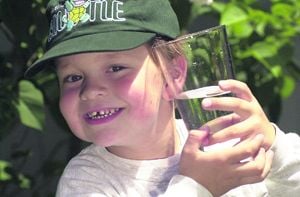 DELAYS in improving three public water supplies in West Cork, including one in Schull which caters for 2,000 residents, are causing ‘concern’ to the Environmental Protection Agency (EPA).

The EPA said this week that supplies in Schull, Kealkil and Drimoleague, had shown high levels of THMs (trihalomethanes) – chemicals which, according to the World Health Organisation, contain suspected carcinogens (agents that cause cancer).

Remedial works to be carried out by Irish Water, which would improve water quality, have now been put back until 2018, the EPA said.

‘Improvements to Schull water supply have been delayed and Irish Water has indicated that completion date for the water supply has been extended by four years. Schull water supply, which serves approximately 2,000 residents, is currently on the EPA’s priority list due to elevated levels of Trihalomethanes (THMs). THMs are chemicals which may be formed when water is treated with chlorine,’ the EPA said.

The EPA said that supplies in Kealkil and Drimoleague, which serve 550 people in total, have also shown the presence of the chemical.

This time last year, a sample from Schull showed a level of 157, while a level of 156 was detected in the Drimoleague supply last November.

Speaking exclusively to The Southern Star, EPA inspector Yvonne Doris said that since Irish Water had taken over the supplies from the local authorities, the EPA is ‘starting to see some slippage’ in deadlines for completion of work.

The EPA has recommended that the current treatment plants at Kealkil and Drimoleague be ‘abandoned’. The Drimoleague supply should be connected to Skibbereen’s facility, and Kealkil to Bantry’s. It is proposed to upgrade the Schull plant to include an additional filter, and the installation of ozone treatment. While the above plans were originally scheduled for completion by December 2014, Irish Water has now revised that date to December 2018.

The EPA, which monitors the work being carried out by Irish Water, says it is not happy the timeframes ‘are being pushed out’ and that it will monitor the new deadlines.

It has the power to issue a directive if it continues to be unhappy with progress, and its ultimate sanction is prosecution. However, this would be considered a ‘last resort’ said Ms Doris.

‘We don’t want people using drinking water that isn’t compliant,’ she said. But she moved to ease any immediate health concerns. ‘I would be more worried about an e-coli or cyrptosporidium outbreak,’ she added, ‘as you would want to drink a lot of THMs before it would affect you. We are really talking about exposure over a lifetime being an issue.’

THMs are a particular problem in water supplies in Ireland, she said, because they are more prevalent in surface-based water – and 80% of our water supplies originate in lakes or other surface areas, as opposed to underground sources, which would be more protected.

The lower temperatures this summer also helped to reduce the presence of THMs, Ms Doris added.

The EPA has sent letters to Irish Water, raising its concerns about the West Cork supplies, Ms Doris said, and Irish Water have assured the EPA that the works will meet the 2018 deadlines.

‘Some of the deadlines they gave us at the start of the year have begun to slip, and we don’t want to see any further slippage,’ she said.

She admitted there had been some ‘communication’ issues with Irish Water, and that while there were some ‘good news stories’ – like improvements in Roscommon – there were delays emerging in other areas.

‘We don’t take a supply off our remedial list until we are sure the supply and treatment plants are robust enough for the future,’ she added. And she pointed that while boiling will not remove THMs, there was no issue using the water for bathing.

A statement from Irish Water confirmed that the planned upgrades would be completed by 2018 ‘at the latest’, but added that Irish Water wished to confirm that the water supply in West Cork ‘is safe and there is currently no risk to public health as a result of consumption’.