DEEPLY personal and at times difficult to watch: Veronica Horgan bared her soul to the nation on last week's Operation Transformation - a programme that ended on a hugely optimistic note for the 24-year old Dunmanway woman who has pledged to lose two stone over the next eight weeks. 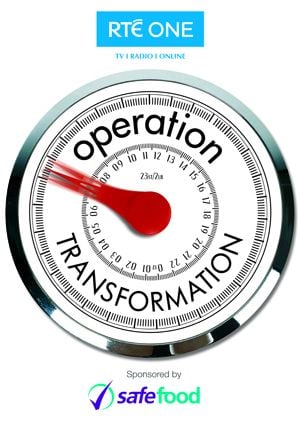 DEEPLY personal and at times difficult to watch: Veronica Horgan bared her soul to the nation on last week’s Operation Transformation – a programme that ended on a hugely optimistic note for the 24-year old Dunmanway woman who has pledged to lose two stone over the next eight weeks.

Veronica, who stood on the scales at 17 stone, is determined that by this time next year she will weight 10 stone – a projected total loss of seven stone because this, she said, ‘is my opportunity to have a fresh start in life’.

By tackling her tendency to eat the wrong foods, to eat too a large a portion at each sitting, as well as engaging in the dreaded comfort eating, the West Cork contestant is looking forward to opening a new chapter in her life because as a secondary school student, she was cruelly bullied for being big.

Video footage on the inspirational RTÉ programme showed Veronica at home with her family and her subsequent move into a lovely new home in Clonakilty with her hugely supportive partner, Eoghan Houlihan.

Large home-cooked meals by her doting Italian mother, Mariella, didn’t do much to help Veronica control her waistline, but seeing the type of food that her mother can produce – including what looked to be a fabulous Tiramisu – makes it easy to see how hard it is to control portion sizes.

‘I’m not saying it is my mother’s fault. She can’t help being a good cook. And it is hard to say no, but the size of my waistline is something that is my personal responsibility,’ Veronica told The Southern Star.

Besides, as the video footage shows, it was her parents, Mariella and Charlie, who were there for her and got Veronica the help she needed when she had her darkest thoughts.

A letter written in her journal was both the low point and the turning point for Veronica, who admitted she had taken pills – pills that she mercifully vomited before they could affect her system.

‘They made me sick: I puked everything back up, but it was my parents who saved my life. They got me the help I needed,’ said Veronica.

It is difficult to see this beautiful, young woman say on camera: ‘I hate the way I look’, but with a group of healthcare experts by her side, as well as her loving family, including her sisters, Simone and Alberine, as well, of course, as Eoghan, Veronica is determined to overcome her low self esteem issues and realise her true potential.