Uillinn: now open to the public 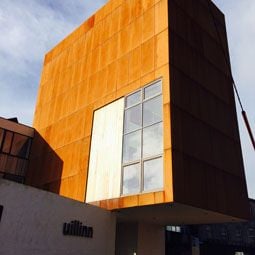 Uillinn: now open to the public

A WEST Cork retired solicitor has uploaded a video to YouTube on his thoughts and impressions on the new Arts Centre.

The Uillinn centre was opened last week as its first exhibition was unveiled to a curious public.

Reddy O'Regan from Skibbereen made a video of its construction, right through to the final stages, adding his impressions and observations throughout.

The end result is a thought-provoking and revealing insight into the centre, which has caused some controversy in the town – due to its corten steel-clad facade, and its height.

To have a look at the video, click the Play icon below: