ER Murray: Schull-based writer ER Murray has two book deals, one with Mercier, and one in the UK. 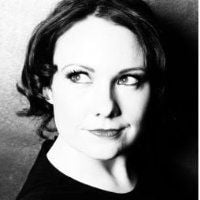 ER Murray: Schull-based writer ER Murray has two book deals, one with Mercier, and one in the UK.

WITHIN an hour of seeing Schull for the first time, children’s author ER Murray knew she was going to live there.

The writer, (‘call me “Elizabeth”,’ she insists) now based in the West Cork seaside town, first visited it on a misty day in February, some years ago.

At the time she was working in Dublin, writing articles for an online poker site, and wanted desperately to move somewhere so she could pursue a dream of writing fiction.

‘I wanted somewhere quiet where I would be able to write,’ she recalls.

She looked at the bus routes from Dublin, because she doesn’t drive, and spotted Schull, as it was on the coast, and not too hard to get to by public transport.

When she mentioned it to a writer friend, she suggested she should stay at Grove House on Colla Road for a while. She has never looked back.

‘I came down for a week that February and then decided I wanted to see it in all seasons,’ she says, ‘so I came back for 10 days in June, and two weeks that August, and I spent the month of November house-sitting Grove House. I saw Schull in all seasons, then!’

In those early days, she remembered seeing a house one day, just outside the town, and thinking ‘that would be heaven’.

‘I live there now,’ she laughs, pointing out that she later married the owner, not realising that was his home, when she first met him. ‘It’s all like living in a dream, to be honest,’ she says. ‘That was the added bonus!’

And chatting to her, as we drink tea and overlook the harbour on a stunning summer’s morning, it’s easy to see why she is so happy here.

It’s a far cry from Elizabeth’s Middlesborough upbringing, which was largely spent in foster care, and a fragmented home life which led her to take solace in reading.

‘I guess books were always a safe haven for me,’ she says, explaining that she was a regular at her local library – to such an extent that, having read all the children’s books by the time she was 14, she was given an adult ticket by the librarian.

Elizabeth mentions the word ‘dream’ a lot – needing it, seeking it, living it.

‘My biggest dream as a child was to be Japanese. I was mortified when I realised that couldn’t happen,’ she giggles.

Another one was the traditional dream of running away to join the circus or the local fair.

It’s no wonder, then, that she has found herself writing fantasy novels for young readers. There’s a dream-like quality to the plot of her first book, The Book of Learning, for Mercier Press.

It’s the first part of a trilogy called the ‘Nine Lives’ trilogy and comes out next month.

It tells the story of the wonderfully-named Ebony Smart, who is brought up by her grandad when her parents die mysteriously. When her grandad also dies – on her birthday – Ebony is propelled into a major adventure, which soon becomes a mission, and she meets some interesting characters along the way.

Eagle-eyed West Cork readers might spot some subtle references to the area, like the setting of ‘Oddley Cove’ (could this be Audley Cove?), and also the arrival of a character called Cornelius – a name Elizabeth hadn’t encountered before moving to West Cork.

‘The first time I was here I met a lovely man who told me that was his name, and I thought it sounded wonderful,’ she explains.

She was also keen to ensure the book would appeal to boys as well as girls, so there is quite a fascinating character in there called Zach Stone – who proves integral to the plot, and she insisted the cover was non-gender specific too.

Realising that every child questions their ‘belonging’ in the world, and echoing her own sense of belonging as a young girl, Elizabeth says she has made that a major theme of the book.

It is also about death, about betrayal and about hope. ‘I like themes that are personal to everybody and I think everyone looks at faith and hope differently,’ she says, adding that those themes always intrigued her.

What’s intriguing about Elizabeth, I tell her, is that she has such a disciplined work ethic, given her erratic childhood. She writes for four hours every day, and does freelance writing for another five to eight hours, meaning she has little leisure time.

‘Writers don’t get enough of an advance any more to stop writing,’ she says, explaining that her other writing jobs include paid blogs and she also feels it’s important for writers to have a good mutual network, to exchange ideas and suggestions.

Like her character, Ebony Smart, this smart lady is a woman on a mission.

Elizabeth appears to have planned out her career from the first day she decided to put down her roots in Schull.

‘Stage One was getting the book deal, and I have that, now I am at Stage Two.’

Not only does she have one book deal, with Mercier – but she has since secured a second one, with a UK publisher, which means she is working to two deadlines.

After her first book comes out here, aimed at 9-12 year-olds, she will be finishing her next book. Called Caramel Hearts and for the Young Adult (YA) audience, it deals with a girl whose mother is an alcoholic.

Once that book is sent to the publisher, she will be coming close to the deadline for part two of her Nine Lives trilogy.

With an incredibly organised schedule, this writing balancing act doesn’t seem to phase Elizabeth one iota. She also finds time to attend annual workshops or writers’ retreats, in order to hone her writing skills – something every writer should regularly do, she says.

‘Professional development is so important,’ she tells me. ‘Retreats give you time to focus,’ she points out, adding that a recent three-week retreat resulted in her producing what she felt were 46,000 ‘good’ words.

And, unlike many other writers today, she is not fazed by the internet. Her own website, at ermurray.com, has a wonderfully quirkly biographical section – entitled ‘69 Facts About ER Murray’. It contains gems like the fact that she feels sick from the smell of bananas, her father was a Romany gypsy and she eats raw chillis every day.

‘Although it was written for children, adults are always quoting bits back to me,’ she says, as I quote a few more fun facts about herself, back to her!

Writers must embrace the internet, and not be daunted by it, she says. She also feels that stories of the demise of bookshops may be exaggerated too. She doesn’t like Kindles (‘I feel like I am editing, not reading’), and prefers the feel of a real book, and believes many people agree with her.

But think how wonderful it is for young readers today – she says – who can interact with their writers. ‘Imagine if Roald Dahl was on the internet when I was a child …’ her voice trails off and there’s a look in her eyes that suggests she really is imagining it.

Unusually for a writer, Elizabeth is very good meeting deadlines. In fact, she creates her own, earlier ones, so she is never late. ‘I will always be way ahead,’ she says, ‘and I love the whole editing process.’

Despite the very long hours, she truly seems to have found her calling. The days may be long, but they are certainly rewarding.

‘I walk the dog in between, or I might do some gardening. They are long hours,’ she agrees, ‘but then I don’t see it as work,’ she says. ‘I want my life to be writing.’

If that’s the case, then she certainly is living the dream.

• The Book of Learning by ER Murray (Mercier Press) will be available in bookstores nationwide from the start of September or pre-order now on www.mercierpress.ie. RRP: €9.99