SKIBBEREEN is to become the location of a major digital project, being backed by top names from the world of business.

Communications Minister Alex White will unveil the ambitious plans for Ludgate – a ‘digital outlook’ for the town – at a ceremony at Uillinn West Cork Arts Centre on Friday, August 7th.

The Ludgate project, which aims to create many jobs for the town, is being steered by an impressive group of West Cork-based business leaders.

While locals businesses were invited to an information meeting in the West Cork Hotel last week, the finer details of the project, including projected jobs numbers and financial forecasts, will be revealed at the official launch next week.

The Minister will perform a ‘sod turning’ ceremony at the Ludgate digital hub in Skibbereen town centre – which is currently being fitted out with high-tech equipment, including the provision of 100mb of uncontested broadband, being supported by Vodafone.

It is envisaged the building will have a large number of ‘hot desks’ to provide firms with high speed internet lines – targeting a range of firms – from small, indigenous businesses needing web support, to modest digital start-ups, traditional firms wanting a web presence and seeking expertise, and larger, well-established companies which may consider locating to West Cork. The group is hoping that the number of heavy-hitters in the world of business who have chosen to live and work in West Cork, will attract even more people to the area.

Lord Puttnam noted that Google Ireland boss Ronan Harris had recently bought a house in Baltimore, adding to the impressive techie ‘clout’ in the area. 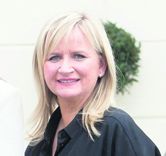 TV executive Dee Forbes, who commutes from Glandore to London weekly, said technology was now a ‘win enabler’ but we hadn’t always made the most of it.

‘I am passionate about Skibbereen,’ she added, saying she could see huge potential in the project.

Oliver Farrell, who had moved his family from Dublin four years ago, said the Ludgate plan was ‘hugely exciting’ and a major opportunity for the town.

The initiative is named after engineer Percy Ludgate, who was born in Skibbereen in 1883, and is largely attributed with inventing the world’s first ‘portable’ computer.