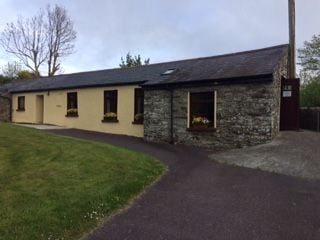 The pretty polling station at Caheragh, near Skibbereen, this morning

TODAY, Friday May 22nd, is polling day for two referendums and those entitled to vote should get out and do so, with polling stations open until 10pm.

In the Marriage Equality referendum, the electorate is being asked a simple question as to whether they want the following clause added to Article 41 of the Constitution: ‘Marriage may be contracted in accordance with law by two persons without distinction as to their sex.’

The other referendum on reducing the age of eligibility to seek election to the office of President of Ireland from 35 to 21 has received a lot less attention, with very little public debate taking place about it. The proposed amendment that voters are being asked to say Yes or No to on Friday 22nd is: ‘Every citizen who has reached the age of twenty-one years is eligible for election to the office of President.’

The decision is in the hands of the Irish electorate who take the trouble to vote.