The story of one particular robber shows that all too often, incompetence breeds overconfidence. 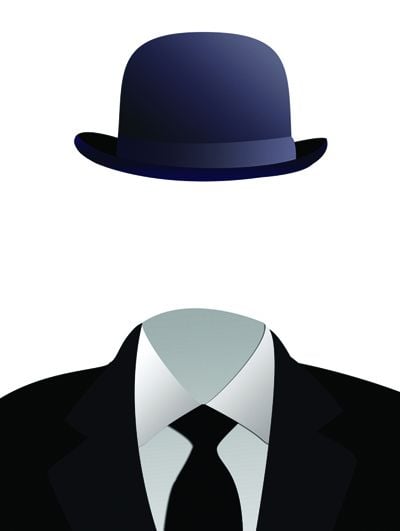 McArthur Wheeler believed that rubbing lemon juice on his face would make him invisible.

In 1995, a criminal by the name of McArthur Wheeler walked into two Pittsburgh banks with a gun and demanded money. He did so in broad daylight, wore no disguise, and in full view of the security cameras. To his great surprise, Wheeler was arrested. ‘But I wore the juice!’, he told investigators. This was a reference to lemon juice, which can be used as invisible ink; poor Wheeler mistakenly believed that by rubbing it onto his face, he would be invisible to the cameras.

Psychologist David Dunning’s curiosity was piqued when he first read about the Wheeler case. If Wheeler were a bit brighter, he wouldn’t have been nearly as confident; might other people be the same?

Dunning and another researcher, Justin Kruger, conducted a series of tests of logic, grammar and humour. Most people, they found, overestimated their abilities. The worse people performed, the more they overrated their performance. For example, those whose scores were in the 12th percentile – that is, those ranked 12th last out of 100 participants – believed themselves to be in the 62nd percentile. In contrast, the most able people slightly underestimated their relative ability.

A second experiment was then conducted. The top 25 per cent and the bottom 25 per cent of participants were given each other’s answers, and then asked to reassess themselves. The top group, seeing all the wrong answers, realised their relative performance was better than they had originally thought, and gave themselves a higher rating. The worst performers, however, continued to rate themselves too highly. Even though they were staring at the correct answers, they still didn’t realise they had failed the test. They were, alas, too incompetent to recognise their incompetence, or to recognise the competence of others.

It’s become known as the Dunning-Kruger effect. ‘For poor performers to recognise their ineptitude would require them to possess the very expertise they lack’, Dunning notes in the latest Pacific Standard magazine. The findings have since been replicated in countless other fields.

Take financial knowledge. Dunning notes a 2012 study that asked respondents to rate their own financial literacy, before then going on to test people’s actual knowledge via a short quiz. Unsurprisingly, people who had recently gone bankrupt performed poorly in the quiz. And yet, they were more confident of their financial abilities than the other people tested – 23 per cent of the bankrupts gave themselves the highest possible self-rating, compared to 13 per cent of the others.

One should not think of the ignorant mind as uninformed, says Dunning; rather, it is misinformed. ‘An ignorant mind is precisely not a spotless, empty vessel, but one that’s filled with the clutter of irrelevant or misleading life experiences, theories, facts, intuitions, strategies, algorithms, heuristics, metaphors, and hunches that regrettably have the look and feel of useful and accurate knowledge’.

A little knowledge is a dangerous thing. Let’s pretend you were told that economic growth and corporate earnings in the US next year would be below historical norms. Additionally, you are informed that the US stock market rose more than 30 per cent last year – roughly three times the average yearly return. Surely, you say, the stock market will disappoint over the next year? If not next year, surely long-term returns will be poor, given that US stocks have returned a hefty 21 per cent annually over the last three years and 16 per cent annually over the last five years?

It’s not that simple. One study found US stocks returned 14.2 per cent in years when earnings were declining – almost three times greater than returns recorded in years of rising earnings. Countless studies have found there to be little if any correlation between economic growth and stock market returns.

As for last year’s 30 per cent rise, that is less extreme than one might think. While stock returns have averaged around 9-10 per cent annually over the last century (after inflation, 6-7 per cent), actual returns are rarely close to the average. Since 1970, the US market has risen by more than 25 per cent in 11 years – roughly a quarter of the time. On only five occasions have returns been within the ‘normal’ 6-11 per cent range.

As for long-term returns, it’s true that extremely rich returns over a long period of time tend to be followed by poorer returns over the next decade. However, returns over the previous three and five-year periods tell you little, if anything. Besides, I neglected to mention that US stock returns have averaged just 4.3 per cent annually over the last 15 years.

The initial information provided was, essentially, worthless. However, new information can make people feel knowledgeable, making them feel certain about situations that are inherently uncertain.

Barry Ritholtz, a US money manager and blogger, puts it well: ‘Sometimes I am asked things I could not possibly know, particularly about the future. Rather than guess, I believe the best approach is to admit the truth, then plan accordingly.

The alternative is to do what too many people do: Make predictions, then marry those forecasts. This usually leads to catastrophic results. Understanding what it is I do not know is a core part of my approach to the world.’

That’s sound advice, both for one’s finances and one’s life in general. The more you learn about a particular subject, the more you realise the limits of your knowledge. The incompetent, in contrast, ‘are often blessed with an inappropriate confidence, buoyed by something that feels to them like knowledge’, notes David Dunning.

Or, to borrow from an old aphorism, the trouble ain’t what people don’t know; it’s what they know that ain’t so.